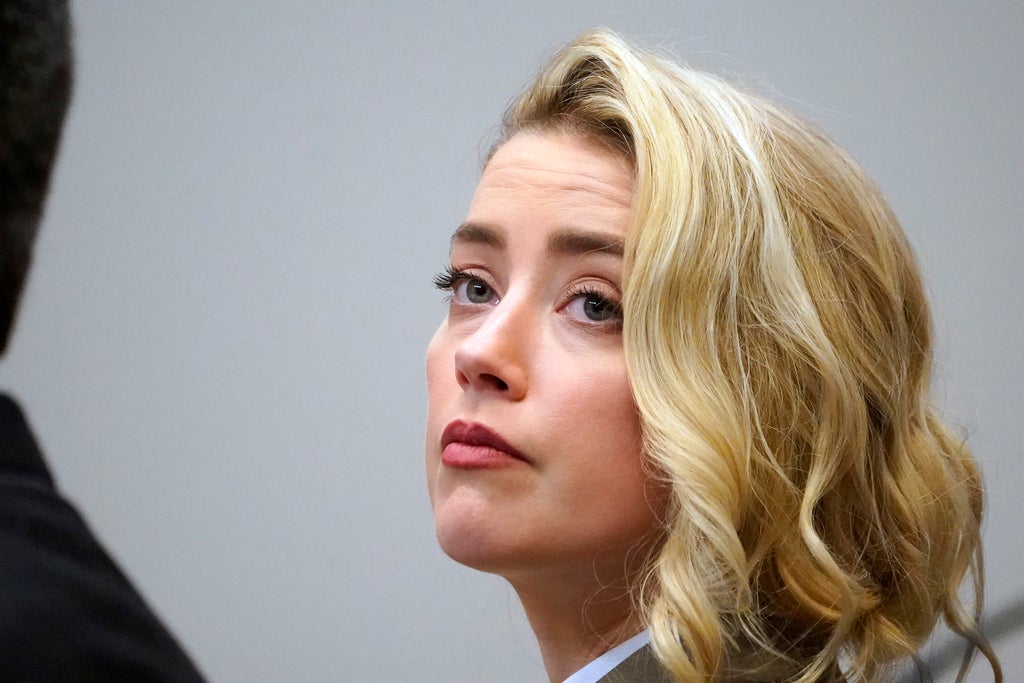 mber Heard was “on the precipice of a meteoric rise” before the negative press caused by allegedly defamatory comments made by Johnny Depp’s legal team, a court has heard.

Entertainment industry expert Kathryn Arnold, said she believed Ms Heard had lost out on up to 50 million dollars (£40 million) after her claims of abuse by her former partner were labelled a “hoax” by Adam Waldman in 2020.

Mr Depp is suing Ms Heard for 50 million dollars (£40 million) over the article, which his lawyers say falsely implies he physically and sexually abused her while they were together.

Mr Depp has denied all accusations.

Ms Heard is counter-suing for 100 million dollars (£79.5 million) over the comments by Mr Waldman.

Giving testimony in the final week of the six-week defamation case, Ms Arnold said Ms Heard had suffered from a negative publicity campaign on social media, and continued to suffer from lost job opportunities.

She also said that Mr Depp’s multiple public lawsuits and “erratic behaviour” was contributing to his career decline before the publication of Ms Heard’s article and that the piece had had “zero” effect on his reputation or damages.

“Amber has had a pretty long career for someone who is pretty young still…she had a consistent working actor’s career,” she said.

“Her career was following a very nice steady rise and was on the precipice of a meteoric rise with Aquaman and Aquaman 2, prior to the (defamatory) statements.”

She added that the resulting backlash online had made it “hard for (brands) to work with Amber on any level because of the negativity brought to their product or service or film” and that the campaign was ongoing.

“In the public it’s been very negative, in the industry they like her work but they can’t work with her right now because every time her name is mentioned, the negativity flares up again.”

Ms Arnold said that despite questions over Ms Heard not being hired for Aquaman 2, the film’s director James Wan and star Jason Momoa remained “committed” to the actress.

She added that Ms Heard was “comparable” to actors including Mr Momoa, Wonder Woman star Gal Gadot and Zendaya, all of whom have gone on to secure lucrative contracts with brands and other film and television.

Ms Arnold said Ms Heard’s potential losses over a period of five years could potentially be between 45 and 50 million dollars (£36 million).

Closing arguments in the case are expected to be given on Friday.

British supermodel Kate Moss, who dated Mr Depp in the 1990s, is also expected to appear in court by video link later this week to give evidence, a source close to Mr Depp confirmed to the PA new agency.

Both Mr Depp and Ms Heard have already given evidence themselves, with Ms Heard concluding her testimony last Wednesday.

Mr Depp’s legal team were seen appearing to celebrate when Ms Heard mentioned Ms Moss, as she described hearing a rumour that Mr Depp had pushed the model down a flight of stairs.

Jurors have previously heard multiple allegations of both physical and sexual abuse against the actor, with testimony provided by people including Ms Heard’s sister Whitney, friend Raquel Pennington and another of Mr Depp’s former partners, actor Ellen Barkin.