Steve Kerr hopes to see the Warriors clean up their game in a handful of ways, starting Tuesday night in Phoenix against the Suns. On Monday, he called their transition defense “abysmal” and said “there’s total lack of focus in transition defense.”

That was his frustration Sunday night as well, along with a lack of effort on that side of the ball as the Warriors coasted with their giant lead over the Sacramento Kings, before nearly seeing it vanish in a 130-125 win.

There have been positives to Golden State’s 2-1 start, too. Kerr shared his happiness with James Wiseman’s development, as well as what Steph Curry, Draymond Green and Kevon Looney provide on a nightly basis. The highest praise was given to another veteran, though. One who put pen to paper before the season to call San Francisco his long-term home.

“I think [Andrew] Wiggins, this is the best I’ve ever seen Wiggs,” Kerr said. “He was an All-Star last year, he helped us win a championship and I think he’s used that momentum that he gained a year ago to kind of springboard into this season.”

Wiggins tapped into a different being over the playoffs last season, and especially in the NBA Finals. In that six-game series with the Boston Celtics, Wiggins averaged 18.3 points and 8.8 rebounds per game while hounding Jayson Tatum on defense. Throughout the playoffs, he guarded stars like Luka Doncic and Ja Morant, all while giving the Warriors buckets when needed and playing the most aggressive basketball of his life.

As Kerr noted, that’s the player who has shown up after signing a four-year, $109 million contract extension two days before the season opener.

While it has only been three games, Wiggins is averaging 22.3 points on a 52.0 field goal percentage and 38.1 3-point percentage. It was clear in the playoffs how important his rebounding is, and he proved to himself that he can snatch boards with ease. He is averaging a career-high 6.3 rebounds so far, along with adding 2.7 assists, 2.3 steals and 1.3 blocks per game.

“I don’t think he’s ever looked more confident, not only in his own game but with what we’re doing and how we play,” Kerr said. “You saw the extra pass that he made last night to Steph [Curry] for the three. He’s making those simple plays, but then he’s attacking when he needs to attack and just playing really efficient basketball and playing great defense.”

Wiggins is wide open for a corner three. He also has Domantas Sabonis racing towards him and didn’t waste a second in getting the ball in the hot hand, who just so happens to be the greatest shooter in the game’s history.

RELATED: Warriors’ defense yet to arrive in uneven start to season

As the ball swung around the court from Curry to Green to Thompson to Wiggins and finally back to Steph, it hit the hardwood only once.

All 13 seconds of the above clip are Example A of Warriors basketball. When Wiggins first arrived, many questioned how he would fit in Kerr’s selfless system. No more questions asked.

He continues to answer whatever’s needed in real-time, and we’re witnessing a former No. 1 overall pick at 27 years old entering his prime in a Warriors jersey. 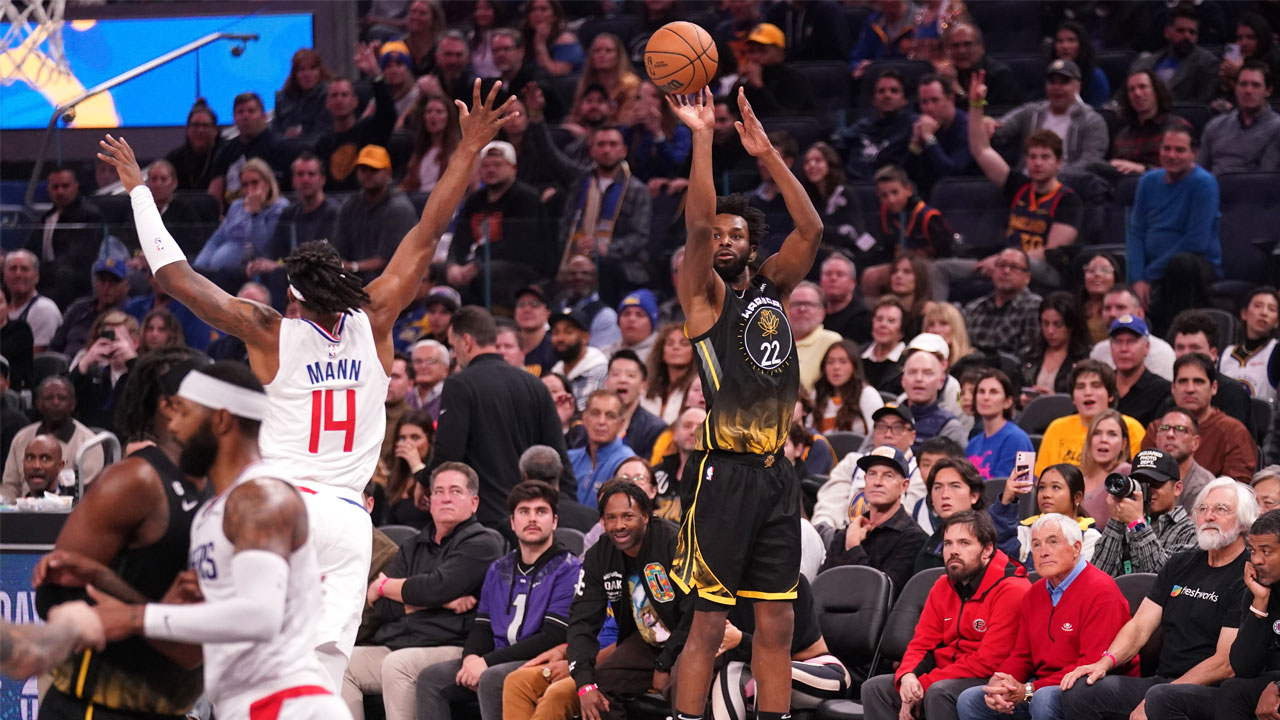 Featured Posts
Half Alive: Conditions of a Punk review – summery sounds will make you feel like dancing
41 mins ago