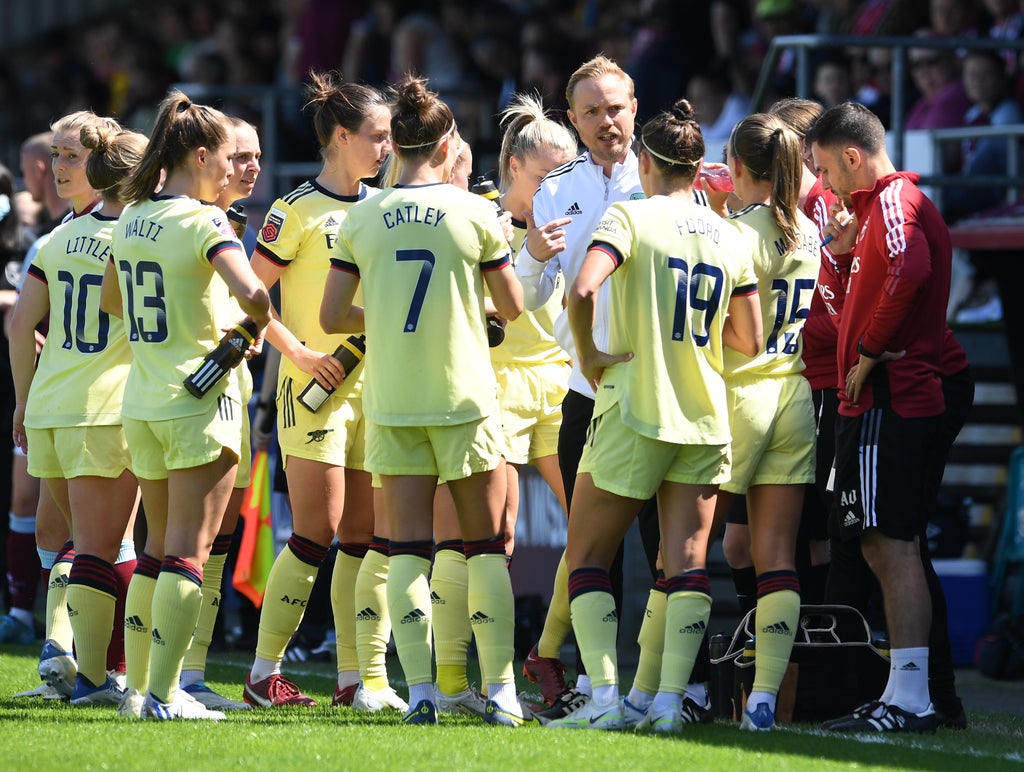 Arsenal Women plan to train with the club’s male youth teams in a bid to play against a “more physical and faster” side to improve performances in matches.

Jonas Eidevall’s side narrowly missed out on the Women’s Super League title, finishing a point behind Chelsea despite losing just once all season and beating West Ham on the final day.

Arsenal were also knocked out by Emma Hayes’ side in the semi-finals of the FA Women’s Cup, while they exited the Women’s Champions League in the quarter-finals with a 3-1 aggregate to Wolfsburg.

It meant that Eidevall’s first season at the club ended trophyless, and the Swedish manager believes that making use of Arsenal’s talented male academy squads could help his side, particularly in facing sides who utilise man-marking.

“We need to improve playing against man-marking,” Eidevall told The Athletic. “We have to have a good cooperation with our boys’ academy to involve them in practices and internal games, so we can play against something more physical and faster than we will ever play against in the Champions League, in order to set the benchmark.

“That’s an astonishing opportunity that most football teams around the world would give everything in order to do; to see if we can make our training harder than the games.

“That’s something to speak to [Arsenal Academy manager] Per Mertesacker with. Under-15 or 16 is usually a good age group where the physicality hasn’t grown so much on all the players. They are a little faster than our players but it’s not impossible to play against.”

Chelsea’s 4-2 win against Manchester United secured Hayes and her team a third successive WSL trophy, and a fifth in the last six seasons.