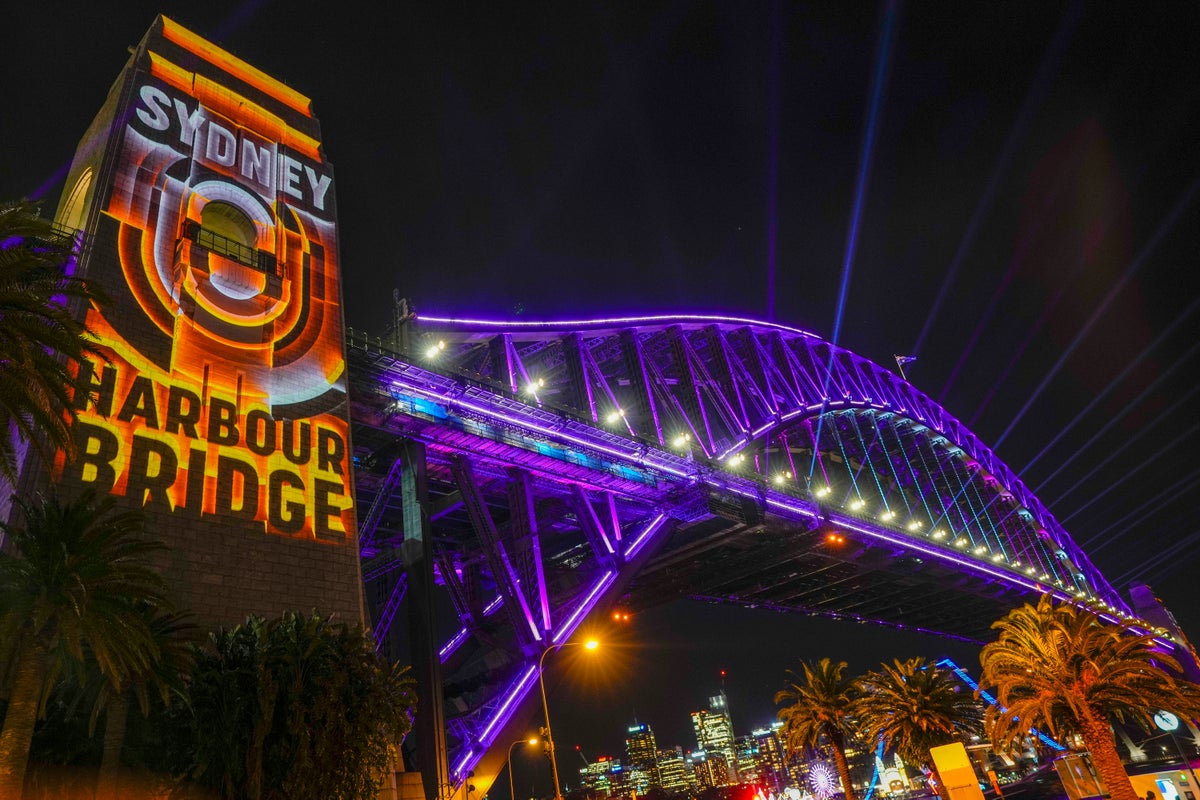 he Sydney Harbour Bridge has been illuminated in purple to mark the Platinum Jubilee, just days after the appointment of the country’s first minister tasked with overseeing a transition to a republic.

Matt Thistlethwaite was sworn in by the newly elected Labor government as assistant minister for the republic on the eve of the Jubilee and said the occasion gave Australians food for thought about the country’s future.

“As the Queen comes to the twilight of her reign, we can appropriately – and we should — pay respect to her for the wonderful job that she’s done,” Mr Thistlethwaite told the PA news agency.

“Australia is an independent nation. We have our own unique identity and culture. Each and every Australian, no matter their background, birthplace, gender or religion should be able to aspire to be our nation’s head of state.

“My role is very much one of education in the initial stages: explaining to people that we do have a foreign monarch as our head of state, we have a proxy representative in the Governor-General, but that we can have an Australian as our head of state.”

The new government has informally pledged for a referendum on a republic in its next term if it wins a second election, with the new prime minister, Anthony Albanese, prioritising a referendum for constitutional recognition of the country’s Indigenous peoples.

The Australian Jubilee events were kicked off by Mr Albanese on Thursday when he lit a beacon to the Queen in the country’s capital, Canberra.

It is one of more than 2,000 beacons lit around the UK and Commonwealth for the Jubilee and symbolically led by the Queen, who lit the Buckingham Palace beacon.

Mr Albanese, whose party secured a slim majority to form government earlier in the week, hailed the Queen’s visits to Australia and said she had been “a rare constant, an enduring, inspiring… presence of calm, decency and strength”.

But he also said the relationship between Australia and the UK “is no longer what it was at the dawn” of the Queen’s reign.

“No longer parent and young upstart, we stand as equals. More importantly, we stand as friends,” he said in his Jubilee speech.

The harbour bridge is among more than 80 famous landmarks, which also include the Melbourne Cricket Ground, lit up in purple for the length of the Jubilee celebrations.

In Sydney, the bridge, Luna Park and other buildings around the harbour were synchronised in a lighting display on Thursday as ferries on the water sounded their horns in “seven minutes for seven decades” to commence the illuminations.

On Saturday, Aspen Island on Canberra’s Lake Burley Griffin will be renamed to Queen Elizabeth II Island in a ceremony which will also include the opening of the new Queen Elizabeth Water Gardens.

A Royal Australian Airforce flypast and a 21 gun salute will accompany the ceremony.

While the Australian Republic Movement welcomed the creation of Mr Thistlethwaite’s new position, the Australian Monarchist League criticised the move and complained about the Jubilee celebrations.

In a post on Twitter, the group said it showed a “a clear lack of respect for the Australian people” and, amid a notable lack of community-hosted Jubilee events, accused the new government of banning the public from the official events.

The beacon lighting and Queen Elizabeth II Island ceremonies were made official invitation-only events, while members of the public were invited to view the flypast and 21 gun salute.

“That the Australian people have been excluded at the last minute from celebrating their sovereign’s Platinum Jubilee at the heart of these national events is shameful,” the group said.

In New Zealand, prime minister Jacinda Arden attended a state church service and beacons were lit in Wellington and Auckland.

The New Zealand Defence Force sent a 42-person contingent to participate in the Jubilee Pageant at Buckingham Palace.