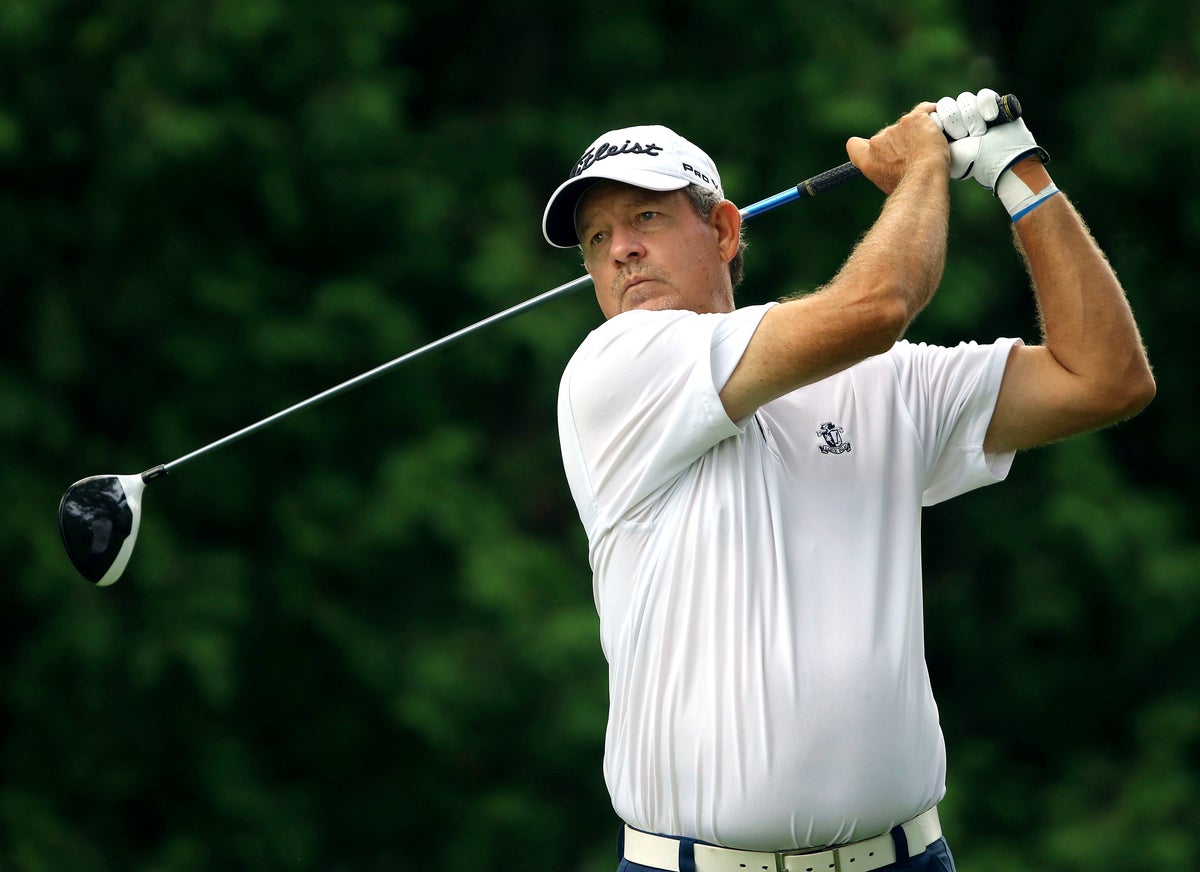 Former professional golfer Bart Bryant, who once beat Tiger Woods to win the biggest paycheck of his career, has been killed in a car crash in Florida.

Bryant died when a truck slammed into his SUV while he was stopped in a line of vehicles on a central Florida road for a construction crew, authorities said.

The 59-year-old, a three-time winner on the PGA Tour, was unresponsive when emergency responders in Polk City found him Tuesday afternoon. He was taken to a hospital where he died.

His wife, Donna, 49, also was in the vehicle and was taken to a hospital with minor injuries, the Polk County Sheriff’s Office said in an emailed statement.

“The PGA Tour is saddened by the tragic passing of Bart Bryant and our hearts go out to his family and friends during this difficult time,” commissioner Jay Monahan said. “The Bryants have been a part of the PGA Tour family for over four decades and we are grateful for the impact and legacy he made on our organization and countless communities. Bart will be dearly missed.”

Bryant’s older brother, Brad, also won on the PGA Tour and they both qualified for the 2008 U.S. Open at Torrey Pines.

Bryant’s career was marked by humility and perseverance, and the Golf Writers Association of America awarded him the Ben Hogan Award in 2006 for staying active in golf despite physical setbacks.

He had rotator cuff surgery in 1992 that sent him bouncing around mini-tours and trips to PGA Tour qualifying school to keep his card. He also had surgery on both elbows, and he won his first tournament at the 2004 Texas Open.

Nothing could top the 2005 season though. He held off Fred Couples to win the Memorial, saving par from a creek on the 18th hole at Muirfield Village.

And at the PGA Tour Championship at East Lake to end the year, he opened with a 62 and went wire-to-wire, winning by six shots over Woods. That remains the most shots Woods finished behind as a runner-up.

According to the sheriff’s office, the Bryants’ SUV was stopped at the construction site near an intersection when a truck travelling in the same direction failed to see their vehicle and slammed into it. It said an investigation was ongoing.

“He was a champion on and off the course and will be dearly missed by many,” the PGA Tour Champions tweeted.

Bryant is survived by his second wife, daughters Kristen and Michelle and his stepchildren. His first wife, Cathy, preceded him in death. She died in 2017 of brain cancer, 11 months after her diagnosis.