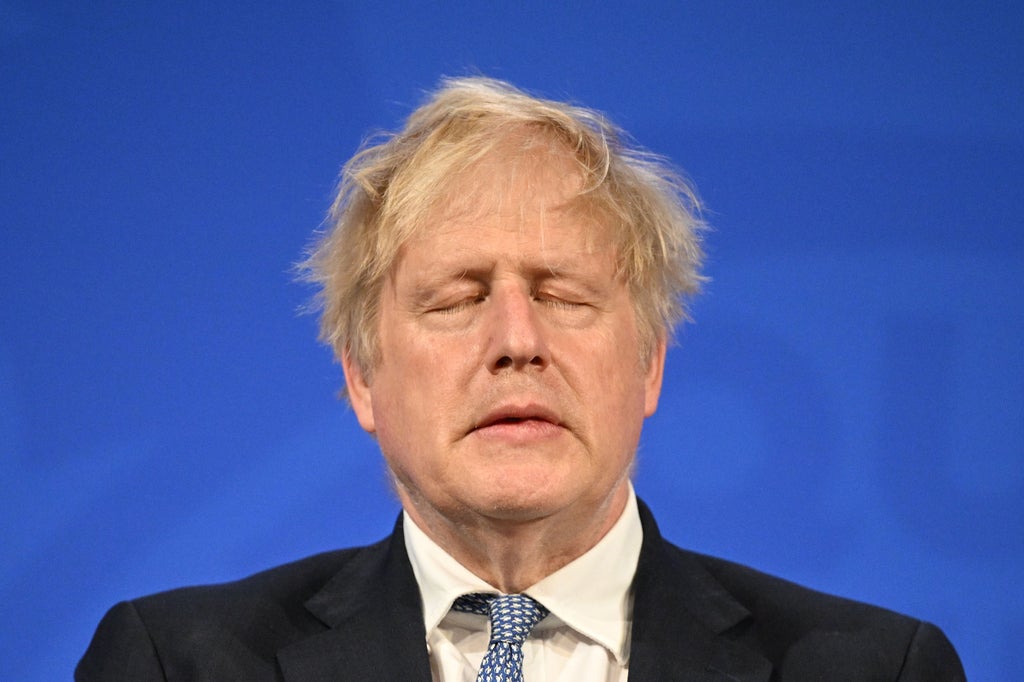 oris Johnson will try to shift attention to the cost-of-living crisis after the Sue Gray report laid bare the raucous culture of drinking that led to lockdown breaches in Downing Street.

The Prime Minister refused to resign despite accepting the “bitter and painful” conclusions of the senior official’s inquiry that revealed lurid details of partying in Government.

He said he “overwhelmingly” believes he should stay in power to tackle the nation’s challenges including the soaring costs of food and energy.

Chancellor Rishi Sunak will announce a new package of support likely to include a discount on energy bills funded by a windfall tax on oil and gas giants on Thursday.

The publication of Ms Gray’s report a day earlier led to fresh questions after it emerged she abandoned her investigation into an “Abba party” in the Downing Street flat.

Ms Gray said she judged it was not “appropriate or proportionate” to continue the “limited” progress she had made after the Metropolitan Police launched its investigation.

The force’s acting head Sir Stephen House could face questions over the saga when he appears before the London Assembly’s Police and Crime Committee on Thursday.

London Mayor Sadiq Khan has demanded an explanation into the force’s decisions after Mr Johnson was fined over just one event, despite being pictured drinking at another gathering.

Mr Johnson declined to implement a booze ban in Downing Street despite Ms Gray’s findings during a period when the Prime Minister ordered the public into isolation.

She said officials drank so much they were sick, became involved in altercations and abused security and cleaning staff.

The Prime Minister told a Downing Street press conference: “I understand why people are indignant and why people have been angry at what took place.”

Pressed on whether he ever considered resigning, he responded: “I overwhelmingly feel it is my job to get on and deliver.

Tory MPs gave a muted response to the report, with the only new call to resign coming from backbencher Julian Sturdy.

But a Conservative ally of Mr Johnson argued it would be “ludicrous” for him to resign now.

The official report said the “senior leadership” in No 10 must “bear responsibility” for the culture which led to lockdown rules being broken at a series of events in 2020 and 2021.

Ms Gray added: “The events that I investigated were attended by leaders in Government. Many of these events should not have been allowed to happen.”

The Metropolitan Police issued 126 fines for rule breaches in No 10 and Whitehall, with the Prime Minister receiving a single fixed-penalty notice for his birthday party in June 2020.

Mr Sturdy, the York Outer MP, said “it is in the public interest for him to resign”.

Former ministerial aide Angela Richardson said the scandal has eroded public trust in politicians and “reflects badly on us all”.

“I am clear that had this been a report about my leadership, I would resign,” the Tory MP wrote online.

Labour leader Sir Keir Starmer told the Commons the report “laid bare the rot” in No 10 and called on Tory MPs to tell Mr Johnson “the game is up” and that it is “time to pack his bags”.

But it is Conservative MPs who will decide his fate, and Mr Johnson further apologised at a closed-doors meeting of the 1922 Committee of backbenchers.

The inquiry’s findings include:

– Staff were drinking in No 10 until the early hours of the morning on the eve of the Duke of Edinburgh’s funeral, with the last departure recorded at 4.20am.

– Mr Johnson joined five advisers in a “food and alcohol” event in his Downing Street flat on the evening of the announcement of Dominic Cummings’ departure as chief adviser.

– Then-proprietary and ethics chief Helen MacNamara provided a karaoke machine for a Cabinet Office gathering where one individual was sick and there was a “minor altercation” between two others.

– Then-senior adviser to the Prime Minister Martin Reynolds boasted “we seem to have got away with” a bring-your-own-booze garden party in a WhatsApp message to a special adviser.

– Mr Johnson brought cheese and wine from his own flat to a garden gathering on May 15 2020.

The report included a series of photos, with Mr Johnson pictured at the surprise birthday party in the Cabinet Room on June 19 2020 for which he received a fine.

He is seen with Cabinet Secretary Simon Case and the Chancellor, with sandwiches, juice and what appears to be lager. In one picture Mr Johnson is seen raising a can of beer aloft.

Questions also remained over why Mr Sunak and the Prime Minister were fined over the event, but Mr Case was not.