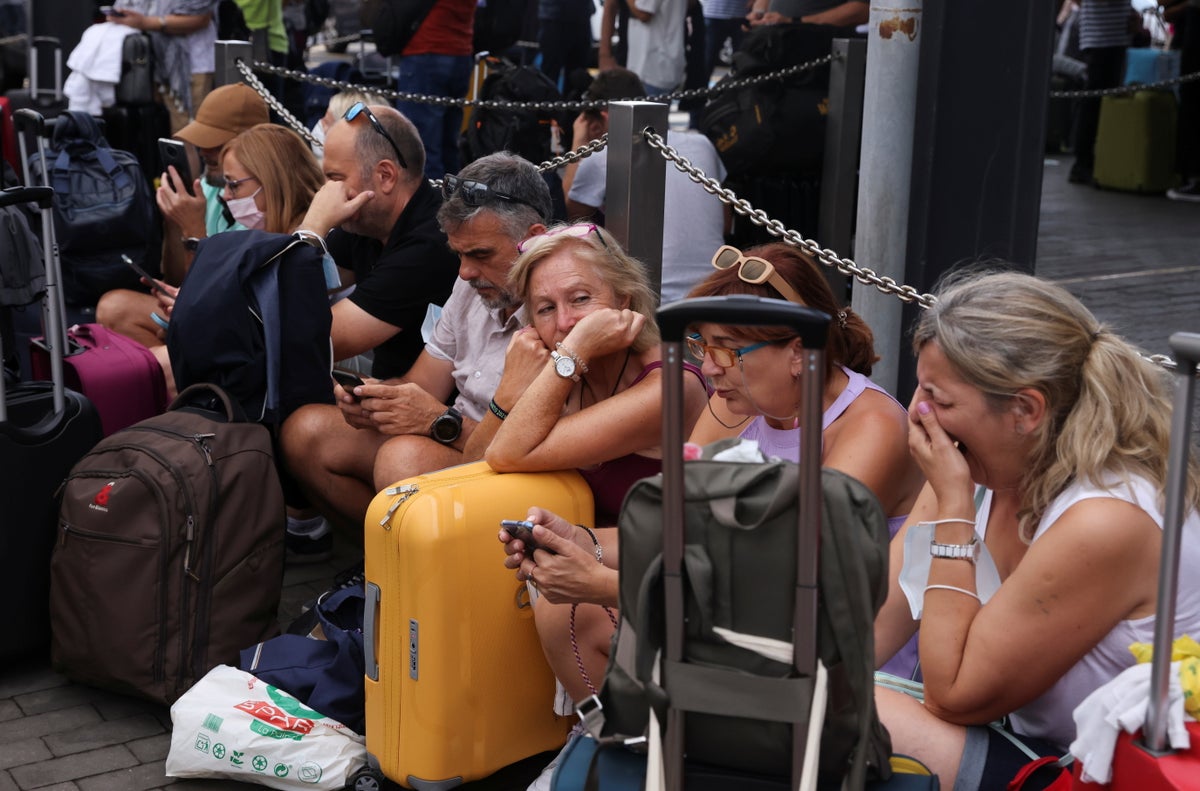 Weary tourists arriving at Majorca Airport are taking an average of nearly three hours after landing to reach the coaches waiting to take them to their hotels, it is being claimed.

The problems have been blamed mainly on a lack of police at passport control, especially on Tuesdays, Fridays and Saturdays when most of the flights bringing in package holidaymakers land in Majorca.

FEBT manager Salvador Servera told respected island newspaper Ultima Hora the long delays at passport control meant there was a knock-on effect right throughout the system and holidaymakers were reaching their hotels much later than expected.

He added: “The government delegate said the problems would ease in June with the arrival of more police but it’s vital this happens because the entire summer season is at stake.”

It emerged on Thursday that Spanish air traffic controllers could heap more misery on UK holidaymakers by striking this summer.

Staff will decide whether to announce industrial action at an assembly at the end of June in Barcelona, sources at air traffic controllers’ union USCA have told Spanish press.

Police union SUP earlier this month demanded the deployment of more officers at Palma Airport after complaining about “long delays” at passport control.

Javier Gandara, President of the Airlines Association in Spain, also called the queues at the airports in Palma and other Spanish holiday destinations “undesirable” and said he feared they would leave visitors with a “bad image” of the country unless the situation improved.

He also called on Spain to consider following the lead of Portugal which in April began fast-tracking UK travellers at its airports and allowed Brits to avoid long queues when they enter the country.

Portugal’s neighbour, traditionally the favourite foreign holiday destination for British tourists, has shown no inkling so far to change its procedures in line with Lisbon.

Concerns about the misery facing UK tourists when they reach their sunshine destination were raised as half-term holidaymakers queued for hours and slept on terminal floors as they tried to leave Britain on Monday.

Analysts have predicted the nightmare, blamed mainly on staff shortages, will worsen towards the weekend because more than 10,000 flights are expected to leave the UK between Thursday and Sunday.

Reports in Spain on Tuesday said around 180 passengers on a Ryanair flight from Manchester to Alicante had to wait nearly three hours in a corridor for the shuttle bus to take them to their plane after going through their boarding gate.

Respected Costa Blanca newspaper Diario Informacion said they received no explanation from the airline and were given no food or water during their wait.

The flight is said to have left Manchester more than three and a half hours late just after 10pm on Monday.

One passenger from Benidorm on the flight packed with British families heading to Spain for half-term holidays, told the Costa Blanca newspaper before boarding: “They’ve squashed us in like sardines on the stairs of the tunnel leading down to the runway.”

A spokesperson for Ryanair said: “This flight from Manchester to Alicante (30 May) was regrettably delayed after the inbound aircraft arrived at Manchester Airport one hour behind schedule.

“While boarding was quickly opened for this flight to minimise disruption to passengers, they then remained in the airport stairwell for a further hour as our handling agent’s dispatcher was delayed in coming to escort them to the aircraft.

“The aircraft departed for Alicante at 20.54 UK time. Passengers were notified of the delay via push notification on their Ryanair App. We sincerely apologise to customers affected by this unfortunate delay.”