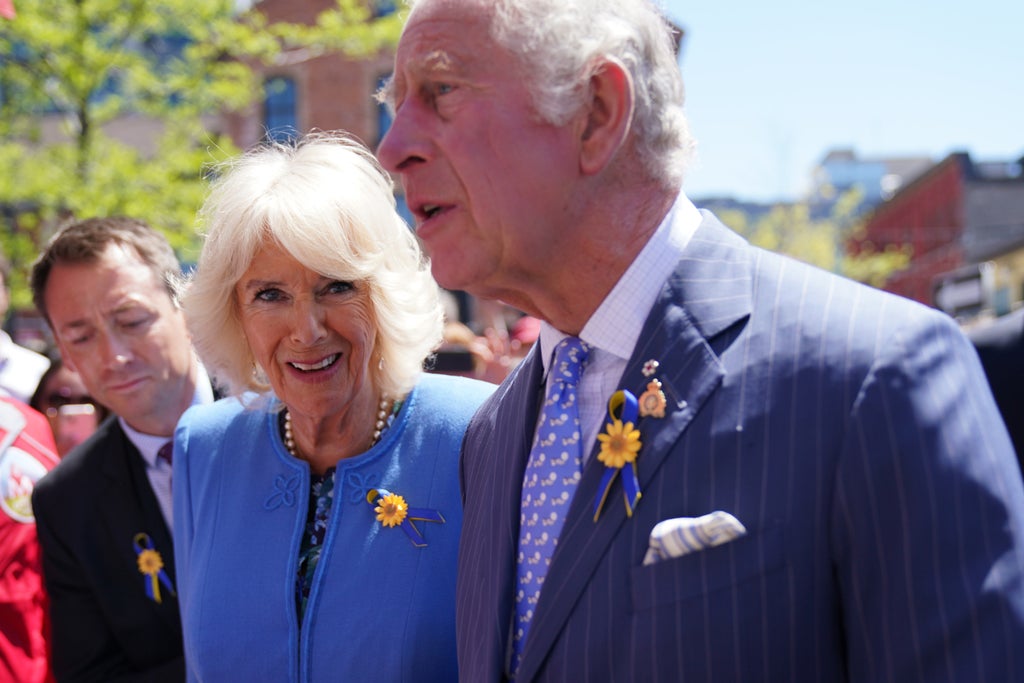 he Duchess of Cornwall laughed when she was presented with a fluffy gift in Yellowknife, Canada, and was told it was a stress ball made of beaver fur.

Jane Dragon, 81, handmade the ball for the duchess, explaining: “It’s from sheared beaver.”

“We are very lucky to see them,” Ms Dragon added.

“I met the Queen when she came and now they are here.”

Charles and Camilla visited the Dettah community on Thursday and were welcomed by the two Chiefs for the Yellowknives Dene First Nation – Chief Edward Sangris of the Dettah and Chief Fred Sangris of Ndilo.

Charles had telephoned the Elders before the tour.

Smoke came up from a central fire pit while they put offerings of tobacco in and traditional drummers played.

Elders then led the group in a prayer to the spirits.

Charles and Camilla were introduced to Angela Lafferty, director of language, culture and history for the YKDFN, who explained how different moose antlers were used to scrape hides before they were tanned.

Charles and Camilla looked at some local drums and were presented with a pair of traditional moccasins each.

“They are amazing,” said Charles.