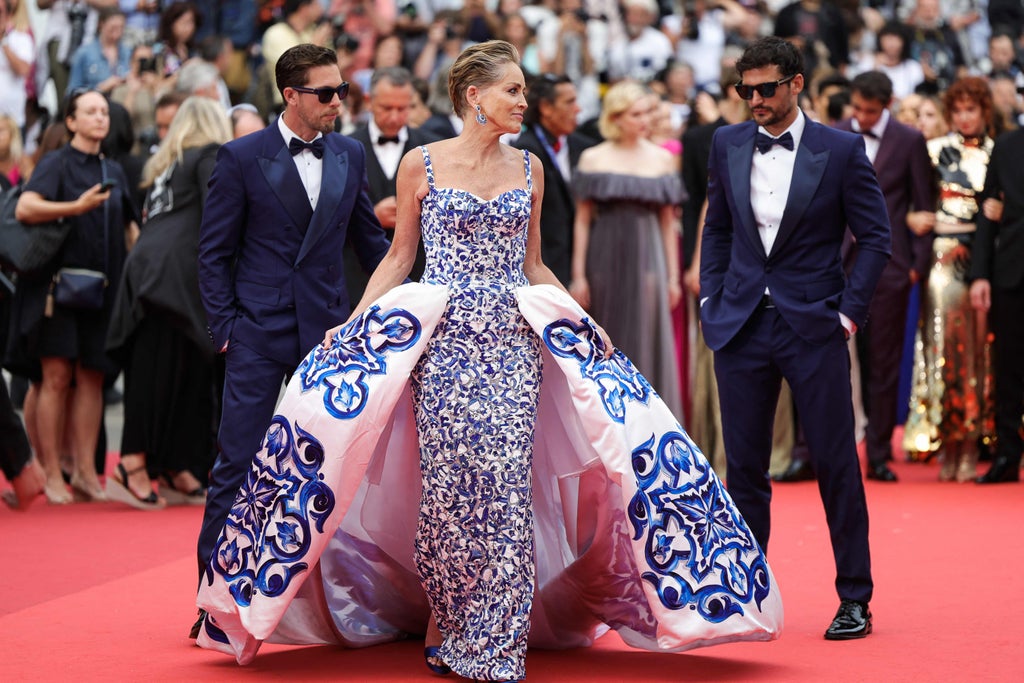 Looking for a shot of high fashion fabulousness to get you through your week? Look no further than the red carpets of Cannes Film Festival 2022, which kicked off on Tuesday 17 and will run until May 28.

The event, which was cancelled in 2020 due to Covid and made a partially-masked return in 2021, is back with a bang this year as the red carpet is once again rolled out on the Croisette.

Stars are set to private jet in to the coastal town from far and wide for the fortnight-long event that will showcase new work from Parasite director Song Kang-ho and Baz Luhrmann plus a premiere of the Tom Cruise blockbuster Top Gun: Maverick.

With a dress code that’s rigidly smart and not at all casual Cannes — now in its 75th year — is always a magnet for fairytale fashion moments. And — judging by the first few days — this year’s event will be no exception.

Attending the Final Cut premiere, British actress Rebecca Hall rocked one of day one’s best looks in a fuchsia and coral red Gucci gown with sequinned front and feathered cuffs. The Prestige star, one of this year’s jurors, also attended a photocall earlier in the day wearing a green three-piece Burberry skirt suit with matching shades. Joining Hall on the official jury are stars like Deepika Padukone, Noomi Rapace and Jasmine Trinca.

Padukone also started strong with a daytime ensemble of green wide leg tailored trousers and a floral shirt, and a red carpet look a gold and black sequinned sari-style dress, both by Indian designer Sabyasachi. Noomi Rapace, the star of the Swedish “Girl With the Dragon Tattoo,” opted for two Dior Haute Couture looks to kick off proceedings: for daytime, a ruffle collared organza blouse and sheer black maxi skirt; and for the evening’s event, an ultra-classic ivory off-the-shoulder gown.

Also turning heads was Adriana Lima, who served a bold Rihanna-style maternity moment in a custom black Balmain gown featuring a cutout at the stomach. She accessorised with boyfriend Andre Lemmers, who couldn’t keep his hands off her bump.

Anne Hathaway was the star of day three. She arrived for a daytime photocall looking every inch the starlet in a black mini with navy vinyl bustier and cat eye sunglasses, before hitting the red carpet for the Armageddon Time premiere alongside a navy suited Julia Roberts wearing an unbelievably elegant white sequinned column gown with upper midriff cutout by Armani Prive. The dress, which came with a spliced empire line and satin train, was perfectly accessorised with a dazzling “Mediterranean Reverie” necklace from Bulgari’s fine jewellery collection, featuring a vast cushion-cut sapphire pendant.

Anne Hathaway at a screening of the film Armageddon Time

Isabelle Huppert stole the show this weekend in a green Balenciaga gown complete with inbuilt gloves and boots, while Sharon Stone created some red carpet drama akin to Blake Lively’s at the Met Gala when she hit the Croisette in a blue and white patterned Dolce & Gabbana dress with a voluminous overskirt, which she removed en route.

Scroll the gallery above for the best fashion moments so far.