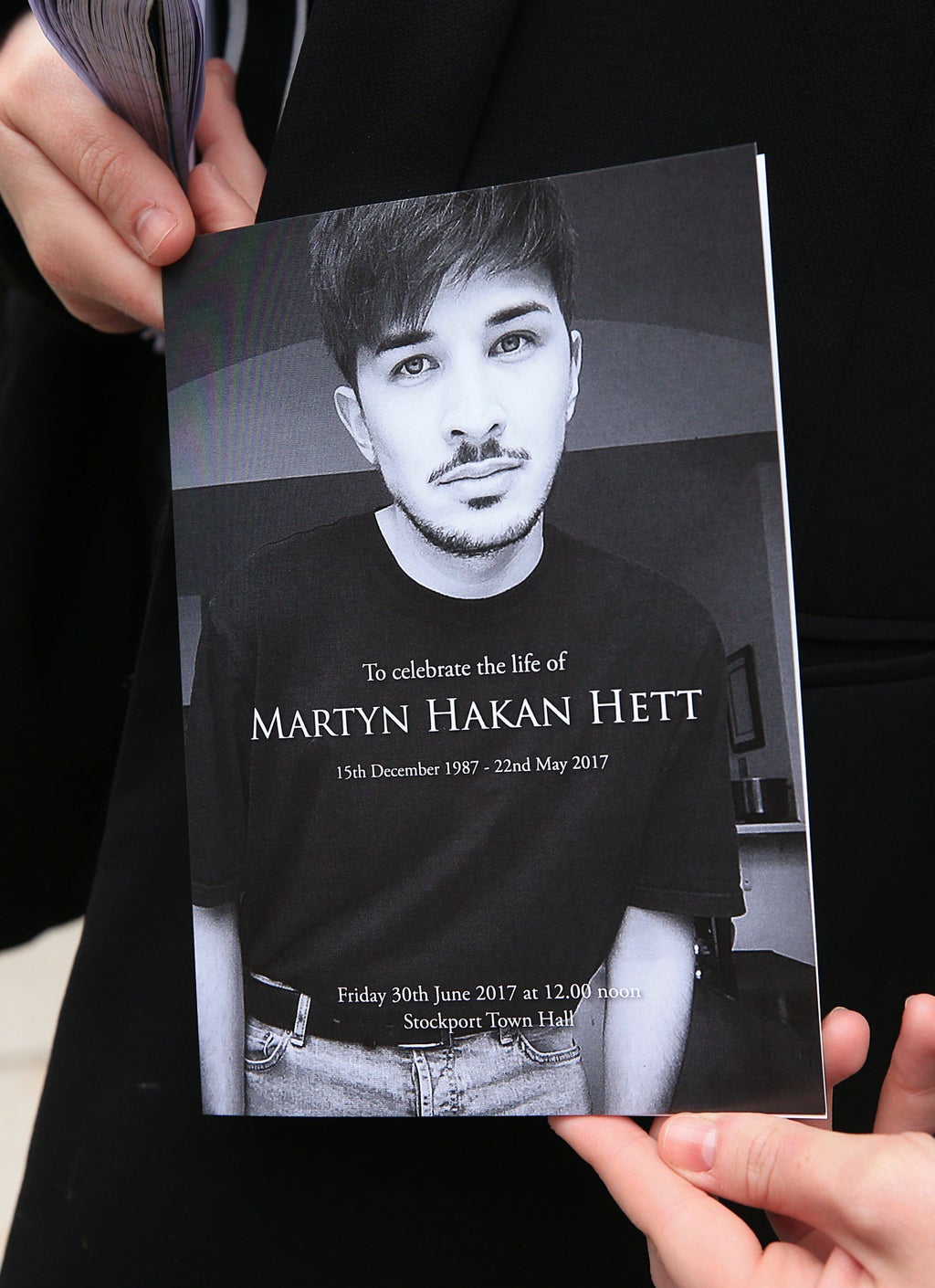 oronation Street has paid tribute to the show’s late superfan Martyn Hett and the other victims of the Manchester Arena bombing, saying they are “always in our thoughts” ahead of the terror attack’s fifth anniversary.

The 29-year-old had been at the Ariana Grande concert on May 22 2017 when terrorist Salman Abedi detonated a device which killed Martyn and 21 other people.

During Friday’s ITV show, rivals Gail Platt and Eileen Grimshaw each carry a bouquet of flowers as they approach a memorial bench in a community garden installed in 2018 at the soap’s home in Trafford.

Gail remarks “It’s a lovely bench, isn’t it?”, to which Eileen replies: “‘Tis, it’s just a crying shame it even has to be here.”

A plaque then shows on screen, stating: “For Martyn and all those who lost their lives on the 22nd of May 2017. We stand together.”

“(It) could have been any one of us, couldn’t it? Any one of us from this street” Gail says, with Eileen responding: “Our kids, grandkids.”

Gail then says: “They went out for a concert, and they never came back. Our Lily loves Ariana Grande.”

“Oh, don’t Gail. It doesn’t bear thinking about,” Eileen says, before adding: “Look at us two being civil with each other.”

Gail smiles and replies: “Yeah, well… Some things are bigger than you and me, Eileen.”

Eileen agrees and, at Gail’s urging, the pair place their bouquets on the bench together.

A clip of the scene was shared by the show’s Twitter account with the caption “Always in our thoughts”.

Martyn was known as a Corrie superfan who regularly produced online videos related to the programme.

He also had a tattoo of former show character Deirdre Barlow on his leg and appeared on Channel 4’s Couples Come Dine with Me with his partner in 2014.

Martyn’s mother Figen Murray tweeted in reaction to the Corrie tribute: “That was so lovely and kind of @itvcorrie to do this for our loves ones!”

“So grateful to the team at @itvcorrie – a massive Thank You,” she added in a later post.

It comes after Martyn’s father Paul Hett last month told ITV documentary Worlds Collide: The Manchester Bombing that his “world fell apart” when he discovered his son was missing after the attack.

A public inquiry into the bombing which also injured 1,017 people adjourned in March, with two reports on its background, including the radicalisation of Manchester-born Abedia, due to be published later this year.