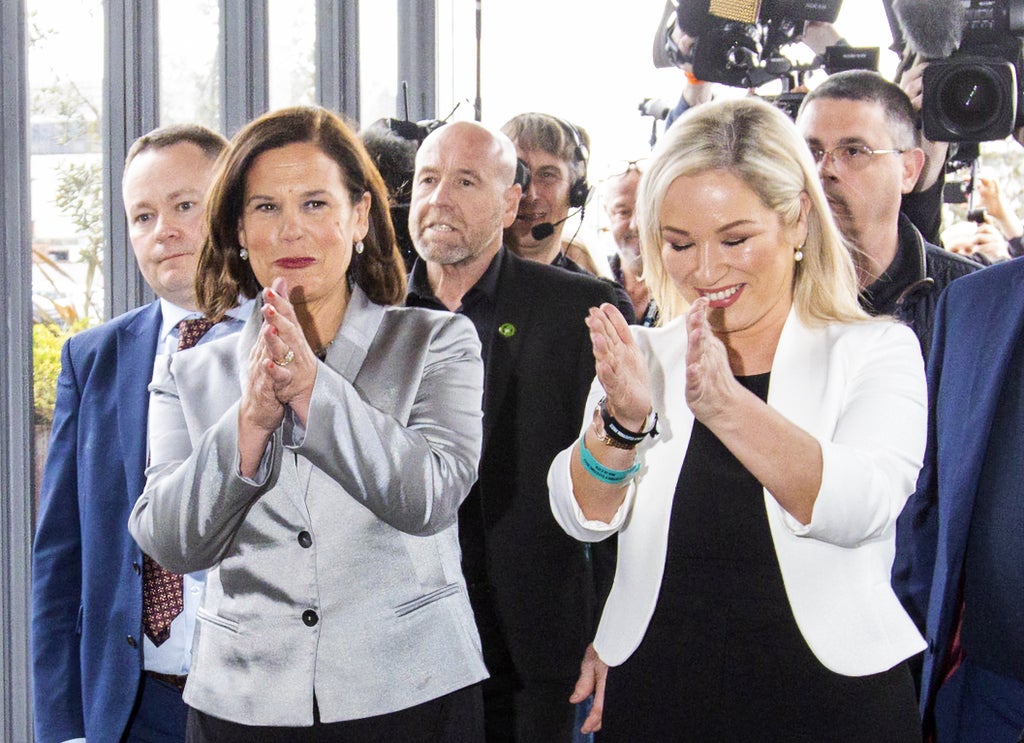 ounting is set to resume in the Northern Ireland Assembly election later with Sinn Fein firmly on course to emerge as the largest Stormont party.

When counting was suspended on Friday night, just 49 of the 90 seats had been filled following a lengthy process, with only four out of 18 constituency counts completed.

Sinn Fein currently has 18 seats, while the DUP have 12, the Alliance Party eight, the Ulster Unionists (UUP) four and the SDLP on three, with one seat going to TUV leader Jim Allister and one to independent unionist Alex Easton.

Naomi Long’s Alliance Party looks set to be the other main winner from the election, with a surge of support for the cross-community party likely to make it the third largest at Stormont, ahead of the UUP and SDLP, who have both had disappointing results.

The DUP, led by Sir Jeffrey Donaldson, will comfortably retain its position as the largest unionist party despite a drop in its overall share of the vote.

TUV leader Jim Allister retained his seat in North Antrim, but it is looking unlikely his party will win any further seats.

DUP leader Sir Jeffrey was elected on the first count in Lagan Valley.

After his election he delivered a personal challenge to Boris Johnson to address outstanding issues around the post-Brexit Northern Ireland Protocol, which unionists oppose because it imposes economic barriers between the region and the rest of the UK.

He said: “My message this evening is directed towards the Prime Minister, the Secretary of State and the Government at Westminster, they are co-guarantors of the (Good Friday) Agreement and they have the opportunity to act to ensure that political stability is restored.

“I recognise that we have our differences, particularly in relation to the protocol, but I think we all accept that this is a problem that needs to be addressed and the sooner it is addressed the better for all of us.”

Meanwhile, Ulster Unionist leader Doug Beattie was expected to face a challenge in terms of his re-election in Upper Bann.

Ms O’Neill was surrounded by party colleagues and supporters as she topped the poll in Mid Ulster.

She said that Sinn Fein wanted to “together work in partnership with others”.

“That is the only way we will achieve much, much more for people here, whether in terms of the cost-of-living crisis or trying to fix our health service.”

Some 239 candidates stood across 18 constituencies.

Five Assembly seats are up for grabs in each of the 18 constituencies.