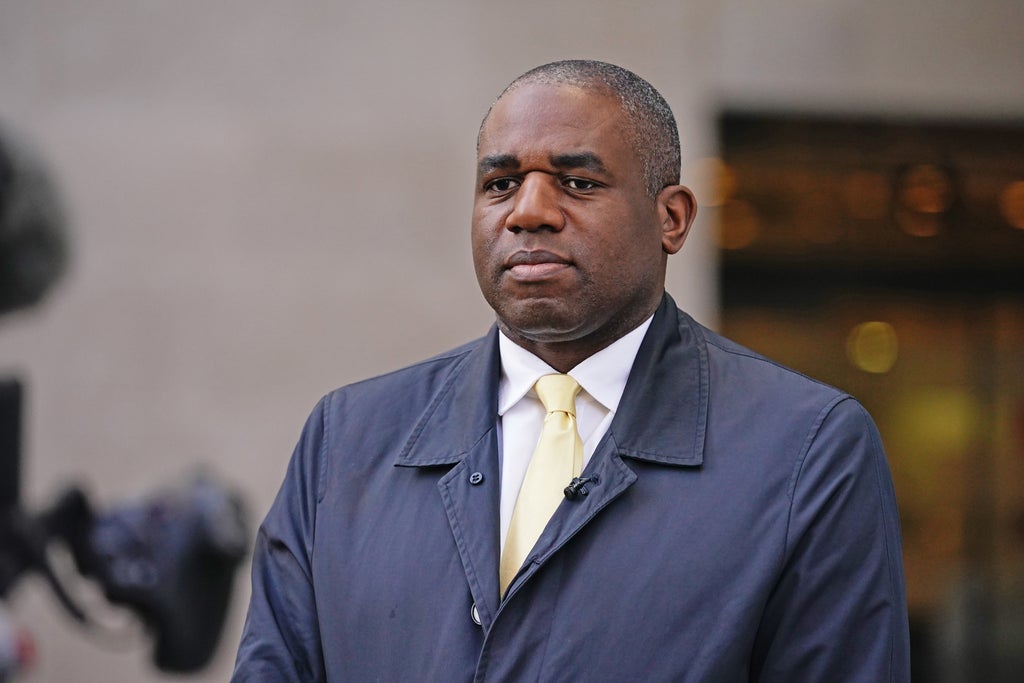 avid Lammy has accused the Government of “laughing” at the public after a bottle of Champagne from the Tory chairman was auctioned off as a “souvenir of partygate”.

Speaking at a protest opposite Downing Street on Sunday afternoon, the shadow foreign secretary labelled Boris Johnson a “travesty” and called on him to resign.

“Just a few days ago a bottle of Champagne, signed by Boris Johnson, was auctioned at a Hertfordshire Conservative constituency party meeting,” he said.

“It was a meeting of the chair of the Conservative Party, Oliver Dowden.

“Signed onto that bottle, next to Boris Johnson’s signature, was that this was a memento of partygate.”

Mr Lammy’s mention of Mr Dowden drew boos from the crowd, many of whom carried EU flags, umbrellas and berets.

The bottle, advertised to bidders as a “souvenir of partygate”, the series of parties held in Downing Street during lockdown, was in fact auctioned off by a Hertfordshire charity.

A spokesperson for Mr Dowden confirmed he had donated the Champagne, but added he had “no prior knowledge” of its description.

“And the simple question for the British public is, does it matter if you have a Prime Minister that breaks the rules?

“We look at Boris Johnson, we look at the travesty that has befallen No 10 and our country, and we say resign now.”

In apparent reference to the No 10 lockdown parties, for which the Prime Minister has been fined by the police, one protester held a sign reading: “I’ve brought my own boos.”

Mr Dowden gave the Champagne to the Hertfordshire Community Foundation, which confirmed that the Conservative chairman had not been responsible for the partygate reference.

It said in a statement: “This item was donated in good faith several months ago as part of a charity auction raising funds to support some of the county’s most vulnerable residents.

“The description was not drafted or seen by MP Oliver Dowden prior to the event.

“On behalf of the charity, we apologise for any offence caused.”