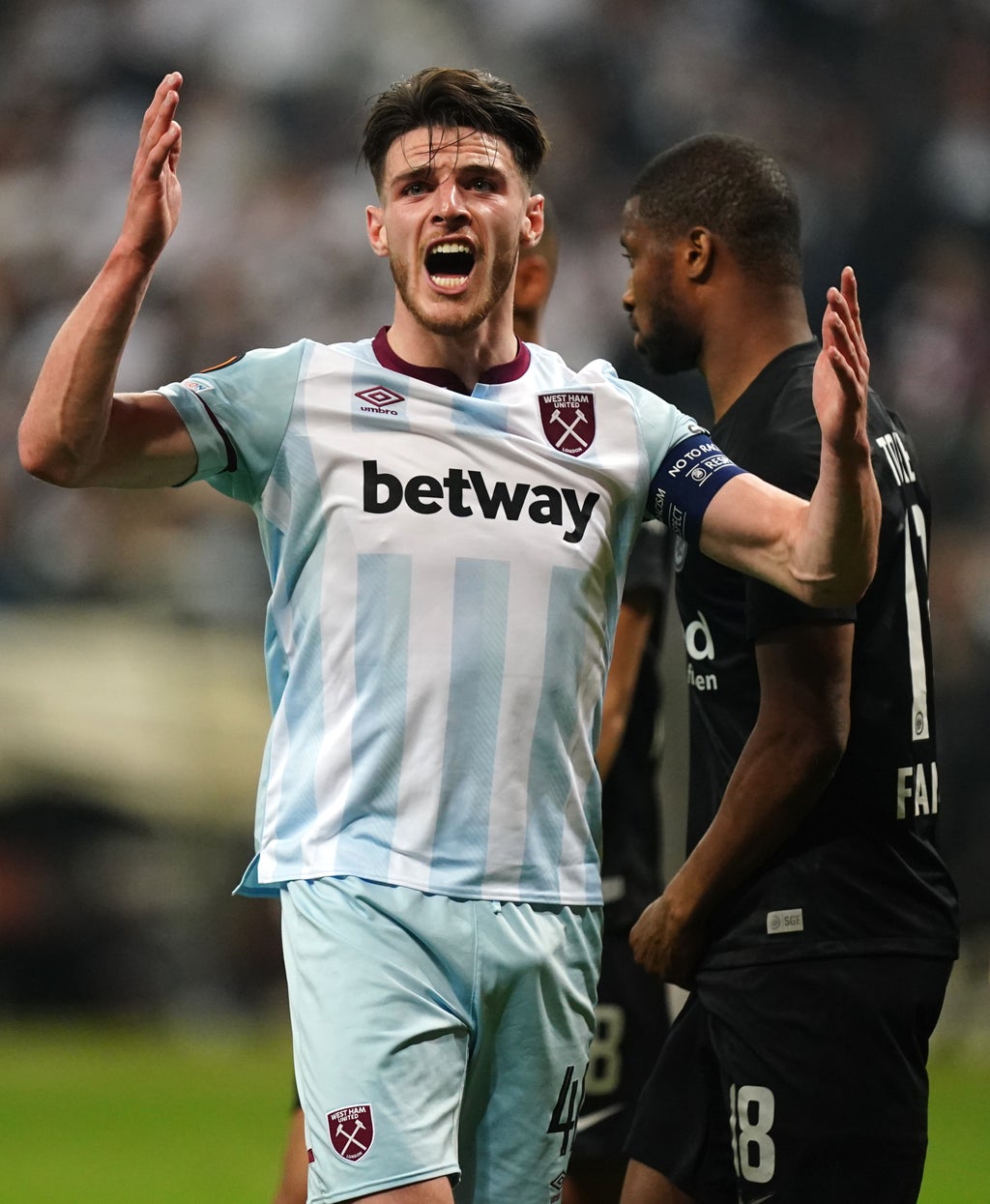 Hammers captain Rice was filmed berating the Spanish official in the tunnel after his side suffered semi-final heartbreak at the hands of Eintracht Frankfurt on Thursday evening.

The Premier League club were denied a first European final in 46 years following a 1-0 loss in Germany, which resulted in a 3-1 aggregate defeat.

Rice’s post-match remarks to Manzano were were captured by America TV company Fox Sports, with footage circulating on social media.

West Ham do not intend to comment on the incident until receiving the referee’s report.

Manager Moyes – who was sent-off during the match for kicking a ball at a ball boy – felt it demonstrated the passion within his squad and was also aggrieved at the standard of officiating.

“It just shows you how much all the players cared,” the Scotsman said on Friday afternoon.

“We all cared very much last night. We felt as if we had been treated quite badly overall and that is what happens.

“If you know about football, everybody is emotional so unless you’re in the heat of it sometimes people don’t understand how it feels.

It just shows you how much all the players cared

“Last night, we had a group of players who were really connected, trying to win the game and felt it was very difficult under lots of different circumstances.”

West Ham had Aaron Cresswell sent off after just 19 minutes at Deutsche Bank Park and conceded the only goal of the evening to Rafael Borre just seven minutes later.

Defender Cresswell, who pulled down Jens Petter Hauge as he attempted to go through on goal, was initially shown a yellow card but it was upgraded to a red after a video assistant referee review.

Regarding Rice’s behaviour, a West Ham spokesperson said: “The club is aware of the video circulating on social media but will not be commenting further until the referee’s report from the UEFA Europa League semi-final second leg against Eintracht Frankfurt has been considered.”