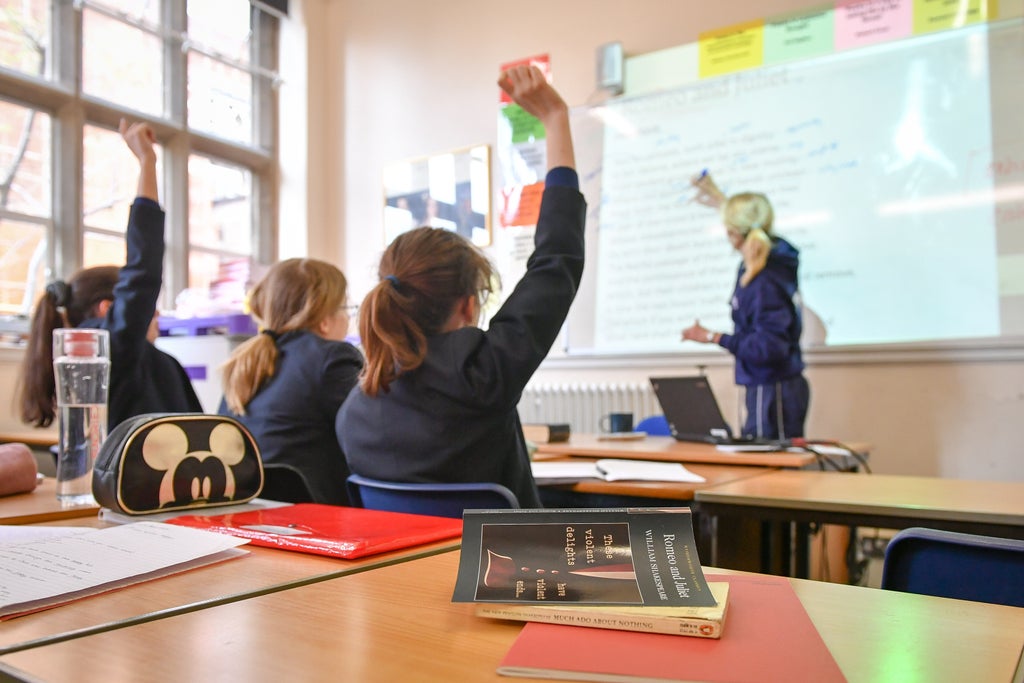 adhim Zahawi will on Thursday announce a crackdown on truancy as part of a new Schools Bill, after he said children attending classes is “non-negotiable”.

The Education Secretary will order schools across England to produce plans for addressing absenteeism as they return to more regular operations following the end of pandemic lockdowns, according to the Telegraph.

“There’s no doubt in my mind that being in school is crucial to a child’s learning and development. So we want schools to have an attendance policy that sets clear expectations for staff, pupils and parents alike,” Mr Zahawi wrote in the paper.

“If children are routinely absent from school, it is going to do incalculable harm to their life chances. Having a strict approach, where attendance is simply non-negotiable, will help schools to deal with absenteeism when it arises.”

Mr Zahawi set out plans in the Schools White Paper, published in March, for a new national register to stop vulnerable pupils falling through the cracks and going missing from school rolls.

It said laws would be introduced to modernise how attendance is recorded, with a “national data solution” used to track attendance and provide a “safety net” for those children at risk of disappearing from school rolls.

Robert Halfon, chair of the Commons’ Education Select Committee, has frequently raised concern over the numbers of “ghost children” following the pandemic – pupils who have fallen off school rolls during the past two years.

Some estimates suggest as many as 100,000 pupils are missing from school rolls.

The White Paper said it expected schools and council attendance services to work closely together to help “severely absent” pupils who miss 50% of their schooling back into the classroom, and that new statutory expectations of attendance services would be introduced.

The Telegraph reported the bill introduced on Thursday will also issue new central guidance on the best approach to fining parents whose children skip school.

Councils will be told the blanket approach of automatic fines being triggered by absenteeism should be replaced with a case-by-case approach.

It will become an offence not to assist Ofsted, whose chief inspector Amanda Spielman is pictured, as part of the legislation to be brought before Parliament (Tom Wilkinson/PA) / PA Archive

The bill will also make it an offence not to help Ofsted inspectors as part of a crackdown on illegal schools.

Subject to the passage of the bill, inspectors would also be able to “search” for evidence of suspected crime to shut down illegal schools.

The Government will announce new regulatory powers for the inspectorate in its Schools Bill on Thursday, so that Ofsted can “gather evidence and act against schools operating illegally”.

To prevent “suspected independent school criminal activity”, the Government will make it an offence for individuals not to provide information or help to Ofsted inspectors to ensure they can gather witness statements to use as evidence.

The Government has set out new powers to monitor illegal schools, whereby Mr Zahawi would be able to suspend registration of an independent school where there were “serious safeguarding failings which pose a risk of harm to students”.

The Department for Education said this would enable “rapid action” against unsafe illegal schools.

Mr Zahawi said: “My mission is clear; I want to make sure every single child across our country has access to an excellent education, supporting them to reach the full height of their potential.

“Between the strengthened safeguarding measures and greater accountability in our new Schools Bill, and our Schools White Paper ambitions to embed evidence, tutoring and excellent teacher training in the school system, I am confident we will achieve these ambitions for every child.”

Ofsted chief inspector Amanda Spielman has previously said that unsafe illegal schools are putting thousands’ of children’s wellbeing “at risk”, as well as denying them a proper education.

Geoff Barton, general secretary of the Association of School and College Leaders, said: “While we think the Schools Bill and the recent White Paper lack ambition in their entirety, we do welcome some of the specific measures which are planned.”