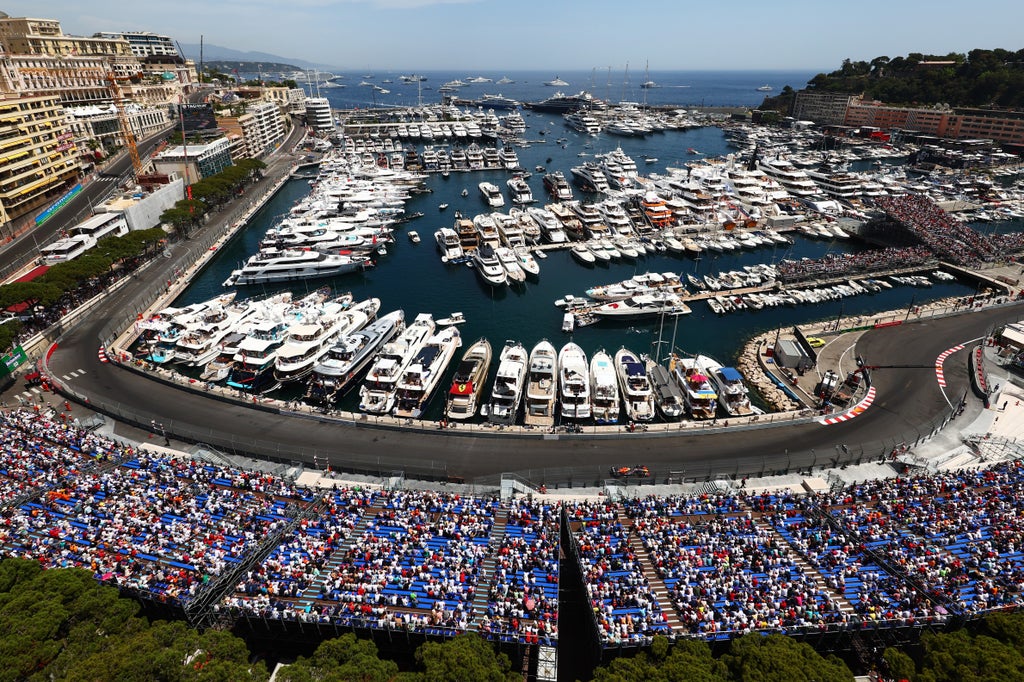 Charles Leclerc is out to end his home race curse and reclaim the lead of the Formula One world championship today.

In three F1 outings and two F2 races around these streets, the Monegasque driver is still yet to reach the chequered flag and yet leads a Ferrari front-row lockout after Saturday’s qualifying session.

Red Bull were left ruing a missed opportunity to put Max Verstappen alongside Leclerc, who has dominated all weekend, when Sergio Perez crashed into the barrier at the end of Q3.

Carlos Sainz skidded into the Mexican at the entrance of the tunnel yet still claimed second place in qualifying, with Perez third ahead of Verstappen and McLaren’s Lando Norris.

Lewis Hamilton starts eighth as Mercedes, with George Russell in sixth, admitted last night that Monaco is the worst possible circuit they could have faced after appearing to improve around Barcelona a week ago.

While the tight and twisty streets of the iconic venue could prove harder than ever to overtake around, the potential for rain and safety cars should make this race another that fans cannot take their eyes off in this fascinating 2022 campaign.

With lights out at 2pm, follow Standard Sport’s live blog for updates from the Monaco Grand Prix…

Everything you need to know ahead of the race

The forecasts vary a little bit but the chance of rain during the race appear to have decreased overnight.

Changeable conditions are the order of the day as thick clouds pass overhead, with a decent gust and the air temperature currently at around 26°C – and falling.

TV channel: The race will be shown live on Sky Sports F1 and Main Event, with coverage beginning at 12.30pm before lights out at 2pm.

It’s race day in the principality with the Monaco Grand Prix getting underway this afternoon.

Charles Leclerc leads off on pole although Ferrari’s front-row lockout could not be blamed for a sense of caution amid forecasts of rain.

Join us at Standard Sport for all the build-up, track action and reaction…