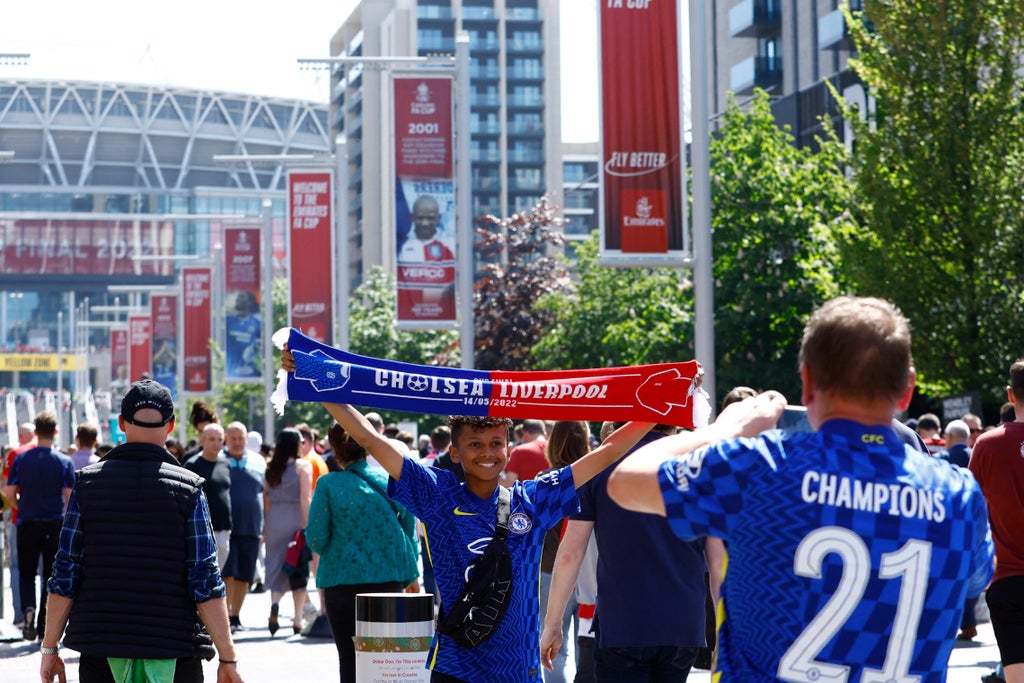 A Cup final day began in glorious sunshine under the Wembley arch as Chelsea and Liverpool fans arrived for the match.

A plume of warm weather arriving from North Africa meant Saturday quickly turned into the hottest day of the year as blue and red began to dominate Wembley Way.

This year’s FA Cup final is a rematch of the Carabao Cup final in February, which saw Jurgen Klopp’s Liverpool secure a thrilling penalty shootout victory which ended with Chelsea’s substitute goalkeeper, Kepa Arrizabalaga, blazing over from 12 yards.

The Reds last won the competition in 2006 and are hunting down a famous quadruple, while also competing for the Premier League and Champions League.

But Chelsea have plenty at stake too having lost both of the last two FA Cup finals, against Arsenal and Leicester respectively.

Chelsea and Liverpool fans at Wembley

A young fan makes their way to the ground

Ahead of the game, Blues boss Thomas Tuchel waded into a debate sparked by Manchester City’s Pep Guardiola, that the “whole country loves Liverpool”.

“I believe I can understand what he meant. There are huge sympathies for Liverpool. I feel that as well, in the whole country.”

Wembley was nevertheless perfectly split between Liverpool and Chelsea supporters ahead of kick-off.