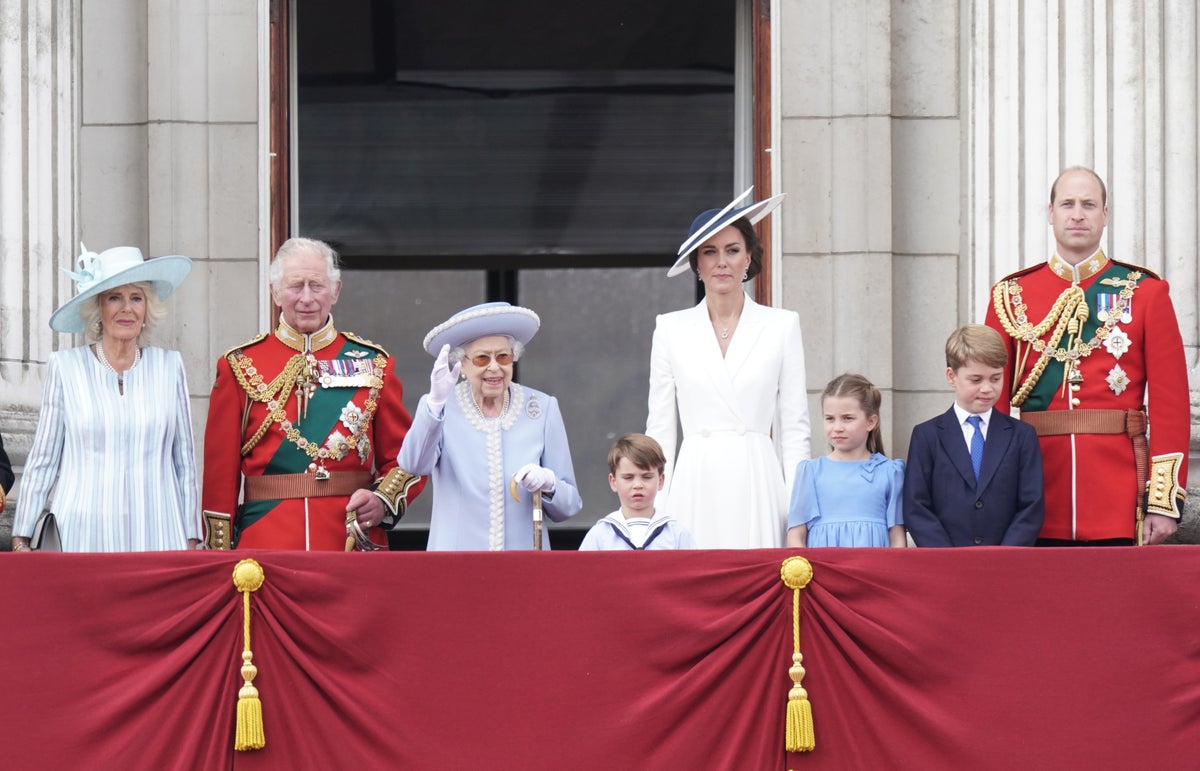 he Prince of Wales and Duke of Cambridge are to take to the stage to pay public tributes to the Queen during the star-studded Jubilee concert.

The father and son – both future kings – will speak separately in honour of the monarch towards the end of the BBC’s open-air show, staged in the front of Buckingham Palace on Saturday evening.

Clarence House and Kensington Palace announced both Charles and William would address the crowds at the high profile Platinum Party at the Palace, which falls on the third evening of the four-day Jubilee festivities.

It is thought unlikely the Queen will attend the concert but confirmation of any movements will be released on the day.

She will not attend Saturday’s Epsom Derby Day, but the avid racegoer will be glued to the TV, watching the developments from Windsor.

Jubilee celebrations at the course will still go ahead as planned, with the Princess Royal expected to represent her mother.

The track intends to honour the monarch with 40 jockeys who have ridden for the owner-breeder donning the royal silks to form a guard of honour, while a number of her former racehorses will parade.

The Queen, 96, who has been facing ongoing mobility problems, pulled out of attending the service of thanksgiving at St Paul’s Cathedral on Friday after experiencing discomfort following two balcony appearances and a beacon lighting on Thursday.

Nearly 50 members of the royal family including the Duke and Duchess of Sussex joined in honour of the absent head of state for the religious occasion.

The Duchess of Cambridge said later the Queen had enjoyed Thursday’s celebrations but the day had been “very tiring”.

Saturday is the first birthday of Harry and Meghan’s daughter Lilibet, who travelled with the Sussexes and older brother Archie for her first visit to the UK.

The Party at the Palace will be set on three stages in front of the Queen’s London residence.

The evening will highlight global themes that have emerged or evolved during the the Queen’s reign including British and Commonwealth contributions in the fields of fashion, sport, the environment and pop music.