Brazil were still the reigning world champions when Gareth Bale entered the international stage. One of his opponents as he made his debut, Trinidad and Tobago’s Russell Latapy, was born in the 1960s. Bale was two decades his junior and the 2006 World Cup lay in the future.

If 2006 has a particular meaning to Ukraine, quarter-finalists in their only World Cup to date, it frames Bale’s career, too. This has been an epic quest. He has been the British game’s most successful export and, whether or not he is the greatest Welsh footballer – John Charles, Cliff Jones, Ian Rush and Ryan Giggs have competing claims – he has a compelling case to be the finest ever Wales player. He has dragged them to the brink of a first World Cup in 64 years.

Without his hat-trick away in Belarus last September, there may have been no play-off. He has not scored for Real Madrid since then. He went into March’s semi-final against Austria with 77 minutes of club football in six months and delivered a match-winning double; the first a sensational free kick, the second a sharp shot on the turn. Now, after a mere 20 minutes in a further two months at Real, Ukraine beckon. Bale’s cause may pale into comparison with theirs but he can seem football’s most patriotic Welshman, drawing inspiration from his country’s colours.

The wording on an infamous Wales flag will need to be edited. “Wales. Golf. Madrid,” has become just Wales and golf, his farewell to Real Madrid written this week. “I realised a dream,” Bale said and, if the experience soured in recent years, he was wise enough to overlook an increasingly fractious relationship with their fans. His fifth Champions League came as a spectator, an unused substitute, but the first four came courtesy of his three goals, heading Real into the lead in the 2014 final and scoring a sensational overhead kick in 2018, as well as a penalty in the 2016 shootout. In the Champions League era, only Cristiano Ronaldo has more goals in finals.

In the international arena, the Southampton left-back who debuted 16 years ago has been transformed into an attacking talisman. Greatness came in Euro 2016, in Wales’ surge to the semi-finals, in qualifiers, in accumulating a national record 38 goals. But not in World Cups: in 2014, when Bale was arguably at his peak, they had finished fifth in a qualifying pool. In 2018, when he scored twice in a Champions League final, they came third. He has another dream to realise. There is a solitary gap on his CV; it could be filled long after physical decline set in. While Wales have a younger generation and disproportionate reserves of talent for a country of 3 million, they are still defined by the two ageing superstars. This feels both a best and a last chance for Bale and Aaron Ramsey.

They have had parallel lives, parallel careers. Ramsey’s experience of a European final this summer contrasted with Bale’s: two minutes on the pitch, summoned for a shootout, his missed penalty costing Rangers the Europa League. Yet each has felt unwanted at club level, trapped by dint of being overpaid: Juventus loaned Ramsey out this season, Real let Bale go back to Tottenham the previous campaign.

They have inverted a trend: where others retire from international football to concentrate on club careers, Bale and Ramsey feel part-time footballers, mainstays of their national teams, marginalised by their club sides. They are trying to patch their bodies up and drive their country on by force of personality. Rob Page has sought to build teams around them, getting others to do their running and defending, looking for their quality on the ball to compensate. It is a formula that can reflect the nature of international football, with a greater difference in talent levels within a side, with its slower pace and less scope for fervent pressing meaning star vehicles can progress further. This is one of the better Welsh groups in the decades since they were quarter-finalists in the 1958 World Cup and yet only Ben Davies is now a regular starter for a top-15 finisher in any of Europe’s five major leagues.

Wales began Wednesday’s Nations League defeat to Poland with three starters from League One and a scorer, in Jonny Williams, from League Two, but minus a quartet of Euro 2016 heroes, with Bale, Ramsey, Davies and Joe Allen all held back for Ukraine.

And this could be their last stand. This week, Bale has gained an MBE and lost an employer. The uncertainty around the captain’s own future means that defeat could hasten the end of the Bale-Ramsey era. Ivor Allchurch and Cliff Jones stand apart in Wales history, the only players to score the goals in a game that took them to a World Cup. For their modern-day counterparts, it feels like a case of now or never. 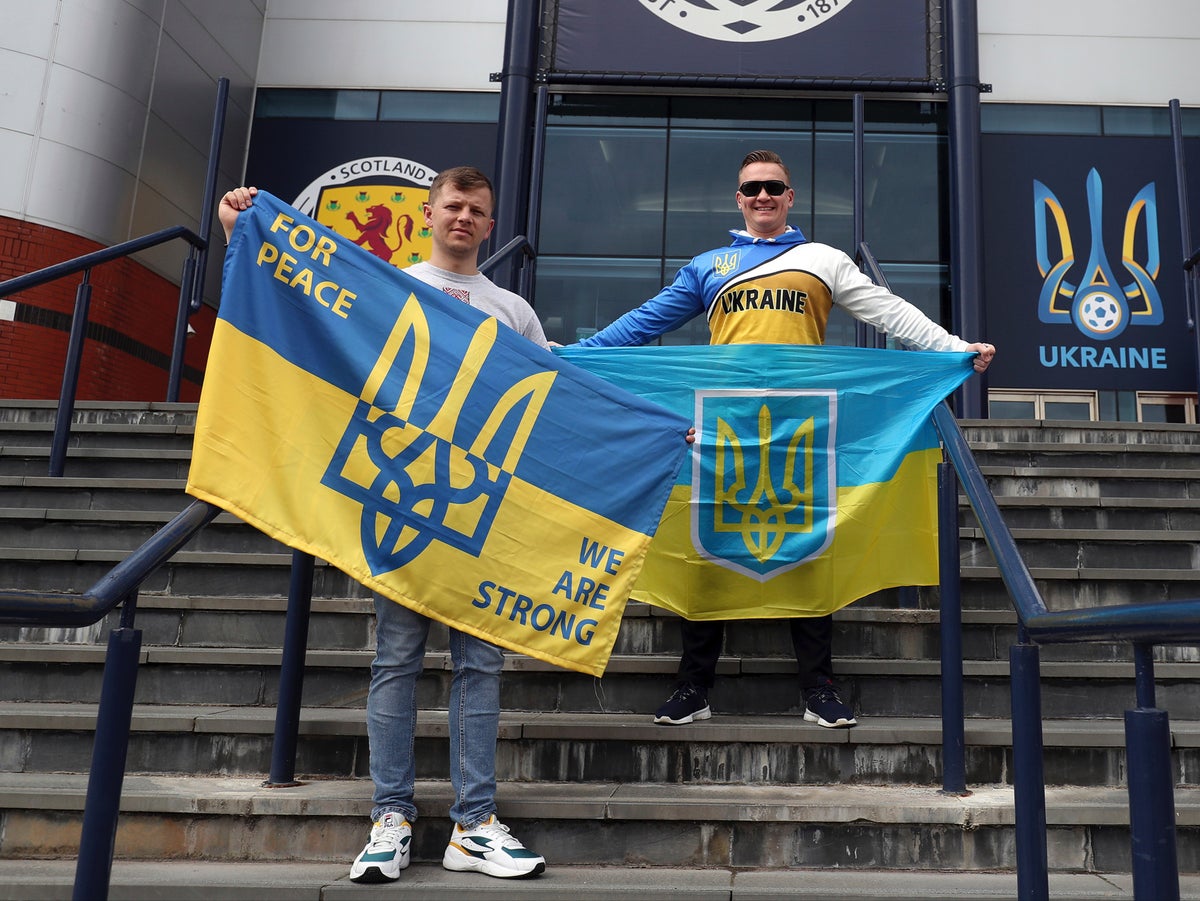