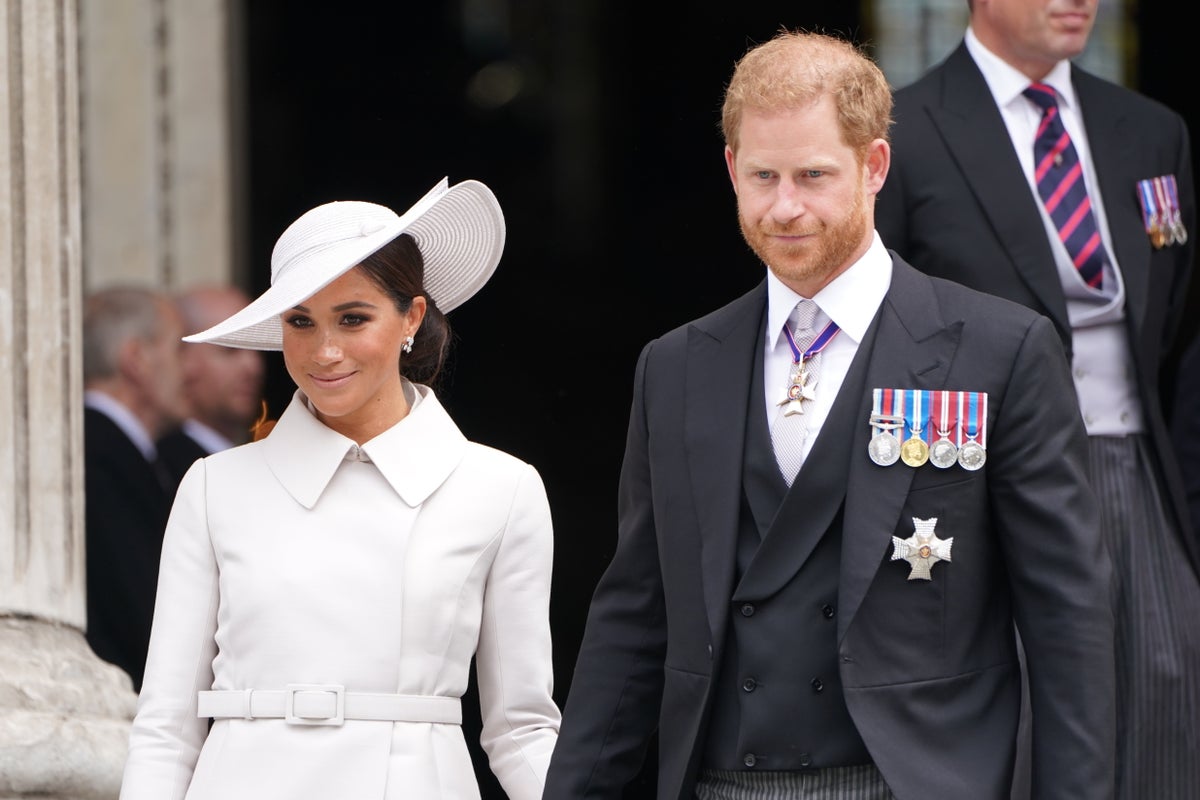 he Duke and Duchess of Sussex’s daughter Lilibet is spending her first birthday in the UK as the Queen’s Platinum Jubilee celebrations continue.

Harry and Meghan’s second child, born at 11.40am on Friday June 4, 2021 at Santa Barbara Cottage Hospital in California, was named in honour of the Queen.

Lilibet, the Queen’s family nickname – was first used when Princess Elizabeth was just a toddler and unable to pronounce her own name properly.

Her grandfather, King George V, would affectionately call her “Lilibet” imitating her own attempts to say Elizabeth.

The sweet nickname stuck and she became Lilibet to her family from then on.

One-year-old Lilibet, known as Lili, has the middle name Diana, which was chosen in memory of her late grandmother.

Neither Lilibet, nor her older brother three-year-old Archie, have been seen in public at any of the Jubilee celebrations so far.

With the monarch not travelling to Epsom racecourse for the Derby on Saturday, it could be the perfect opportunity for the royal family to gather to celebrate the christening of Lilibet at Windsor Castle on the child’s first birthday.

Royal commentator Omid Scobie speculated that Thursday was likely to have been the “first moment or the first chance for her (the Queen) to meet her namesake”.

The author of Finding Freedom told BBC Breakfast on Friday that Harry and Meghan “want to be as low profile as possible during this trip”.

The Sussexes were not on the Buckingham Palace balcony as Jubilee celebrations kicked off, but instead were seen only in a few photos, taken through a window at Horse Guards Parade during Trooping the Colour, showing them interacting with some of the royal children.

On Friday, they were present at a service of thanksgiving at St Paul’s Cathedral, but did not go to a reception afterwards at the Guildhall which was attended by most of the other royals.