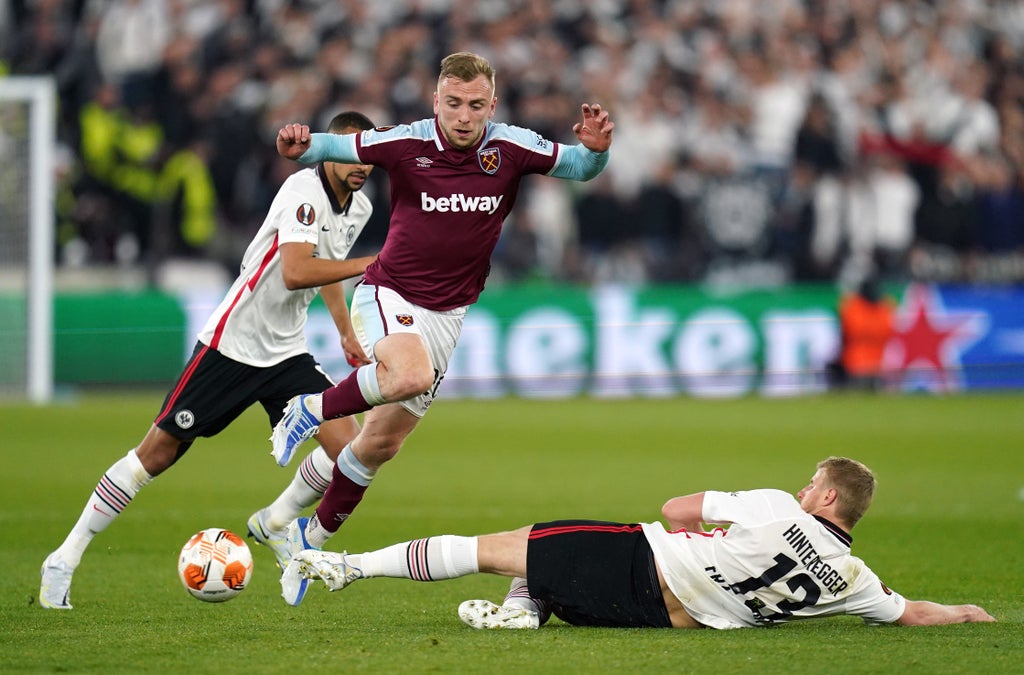 Eintracht Frankfurt take a 2-1 lead into the second leg of their Europa League semi-final against West Ham.

The German side produced a strong performance away from home to assert their ascendancy in the tie.

With league European qualification hopes fading, David Moyes will be hopeful that his side can keep their dreams alive of more immediate continental success.

Michail Antonio and Tomas Soucek seem likely to come back into the side after startign on the bench against Arsenal.

Here’s everything you need to know ahead of the fixture:

When and where is it?

Eintracht Frankfurt vs West Ham is due to kick-off at 8pm BST on Thursday 5 May at the Waldstadion in Frankfurt, Germany.

Viewers in the United Kingdom can watch the game live on BT Sport 1, with coverage due to begin at 7pm BST. Subscribers can also watch the game via the BT Sport app or online player.

Oliver Glasner could keep faith with the side that secured a first leg advantage despite both Evan N’Dicka and Kristijan Jakic being back available after suspension. Djibril Sow, Daichi Kamada, Almamy Toure and Rafael Borre did not start the weekend defeat to Bayer Leverkusen and could return.

West Ham were boosted by the return to the bench of Issa Diop in their defeat to Arsenal, but the Frenchman is unlikely to start with Craig Dawson available having been suspended for that league fixture. Tomas Soucek and Michail Antonio began the loss on the bench; both should start for David Moyes, who may also consider bringing in Vladimir Coufal at right-back.