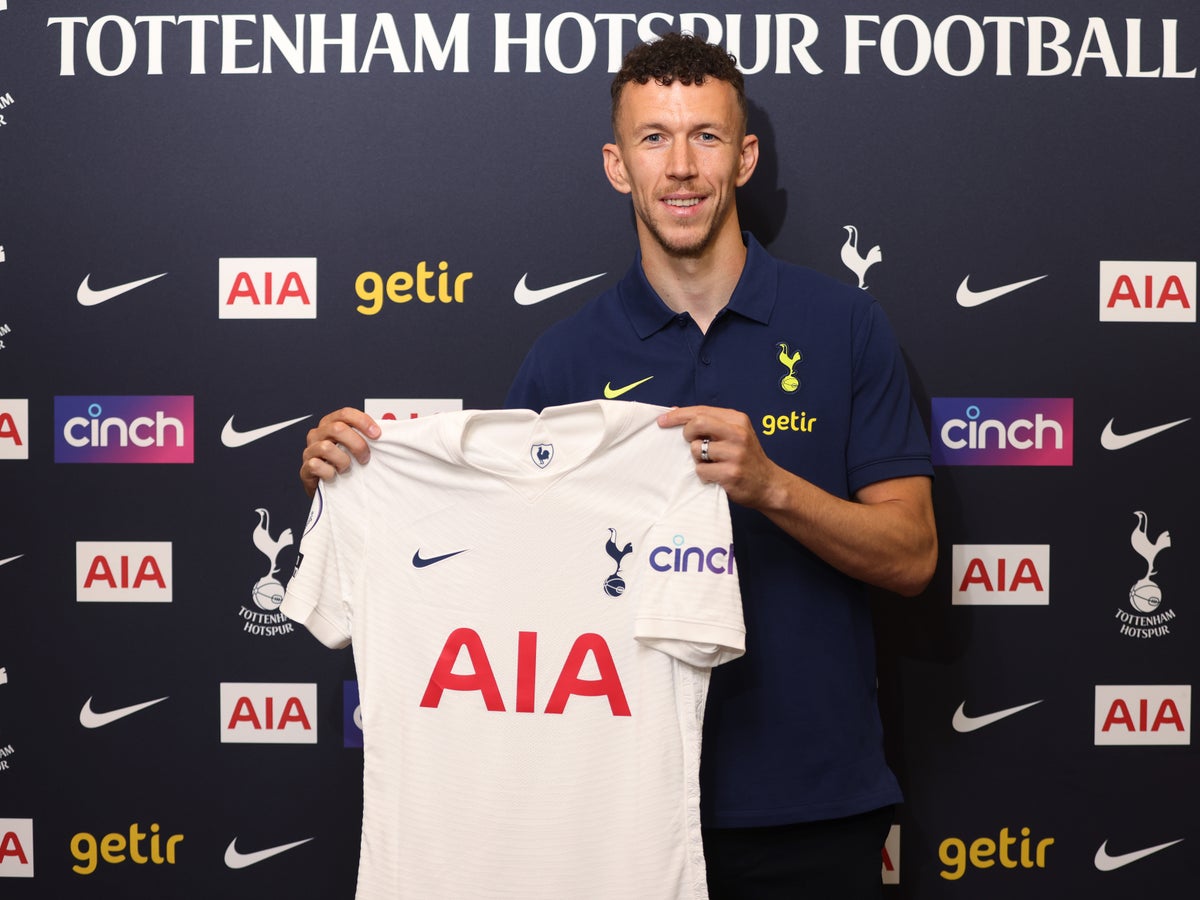 New Tottenham signing Ivan Perisic has revealed he was watching the end of the Premier League season closely to see if Spurs would qualify for the Champions League.

Spurs made a slow start to the season under manager Nuno Espirito Santo, but improved after Antonio Conte’s arrival in November, and again after the club backed their new coach in the January transfer window with key signings Cristian Romero, Rodrigo Bentancur and Dejan Kulusevski.

They remained five points behind fourth-placed rivals Arsenal with three games remaining, but a resounding 3-0 win over the Gunners in the north London derby closed the gap to just two points, and Arsenal’s defeat by Newcastle then opened the opportunity for Spurs to clinch the final Champions League spot.

Perisic, 33, says he was paying close attention and was convinced Spurs would finish the top four once they beat Arsenal.

“I was waiting, the last two or three games I was watching, and after the victory against Arsenal it was obvious that Tottenham were going to be in the Champions League. It was also good for me because I want to play in the best games.”

The croatian international was available as a free agent when his contract with Inter Milan wound down, and has signed a two-year deal at the Tottenham Hotspur Stadium. He will be reunited with his former coach, Conte, after winning the Italian title together with Inter two years ago.

He told the Spurs website: “When I got in contact with the coach [Conte] and the sporting director [Fabio Paratici] I told them that I really wanted to come here and play in the Premier League, ever since I started playing professional football. It was always my dream to play in all best five leagues in the world and PL was the missing puzzle and now I’m here and I want to do my best like I did before in all my other leagues and my hope is it will be perfect.

“It’s a privilege to work with a coach like this. We did well in Inter, we won the league after 10 or 11 years, it was really a perfect year, I’m really happy to seee him again. He’s living football, every minute, every hour, every day, even when he’s sleeping he’s thinking about football. I like his charcater and I know we’re gonna do a great job here.”

Perisic will add experience and winning know-how to a Tottenham squad that has long been accused of naivity and being a soft touch. He will also bring quality with his dribbing and excellent delivery from wide areas, as well his renowned work ethic.

“I’m going to bring a lot of hard work, I like to work a lot, and I like to work for the team. Only like this can you win something important. I can play several positions in the way Tottenham is playing now and I will bring a lot of experience because I used to play for a lot of great clubs. I can’t wait to play and to train and give my best.”