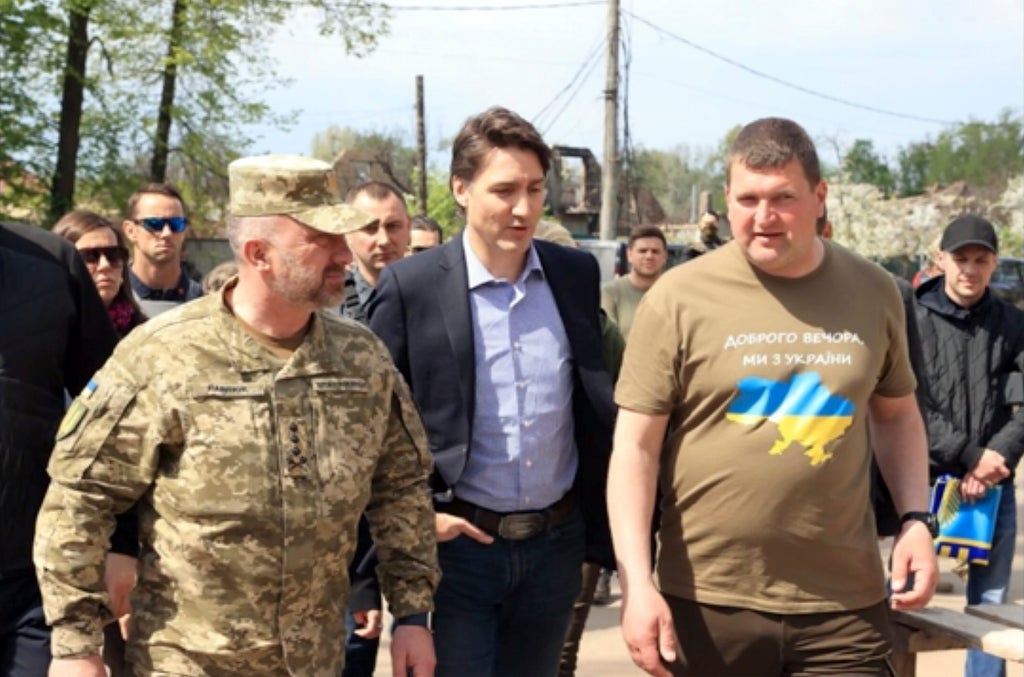 Ms Biden visited a school that is serving as a temporary shelter and met with Ukraine’s first lady, Olena Zelenska.

The school is serving as a shelter for 163 displaced Ukrainians, including 47 children.

The US first lady, who had been travelling in neighbouring Slovakia, gave flowers to Ms Zelenska who was making her first public appearance since the Russian invasion began on 24 February.

US First Lady Jill Biden meets with Slovak and Ukrainian mothers and their children as the families participate in a Mother’s Day activity in Kosice, Slovakia, on May 8, 2022.

“We understand what it takes for the US first lady to come here during a war when the military actions are taking place every day, where the air sirens are happening every day even today,” she said through an interpreter.

“We all feel your support and we all feel the leadership of the US president, but we would like to note that the Mother’s Day is a very symbolic day for us because we also feel your love and support during such an important day.”

President Joe Biden has been leading efforts to impose economic sanctions on Russia and pressure President Vladimir Putin to end the war.

He has not been to Ukraine since the invasion, but Secretary of State Antony Blinken, Defence Secretary Lloyd Austin, and House Speaker Nancy Pelosi have all visited Kiev in the last two weeks.

Jill Biden returned to Slovakia after her trip across the border.

Trudeau travelled to Irpin, a Kyiv suburb targeted during Russia’s attempt to take the capital, and met Mayor Oleksandr Markushyn.

Markushyn posted pictures of Trudeau walking around with Ukrainian army chiefs and surveying the damage at a bombarded apartment complex. The mayor said that the Canadian leader was shocked by the damage he saw at civilian homes.

Trudeau’s office said in a statement: “The prime minister is in Ukraine to meet with President Zelensky and reaffirm Canada’s unwavering support for the Ukrainian people.’

Trudeau flew on Saturday night and is expected to spend one day in Ukraine, The Toronto Star reported.

“I’ve just had the honor to meet with the Prime Minister of Canada Justin Trudeau, who came to Irpin to see with his own eyes all the horror which Russian occupants have caused to our town,’” Markushyn said on his Telegram channel.