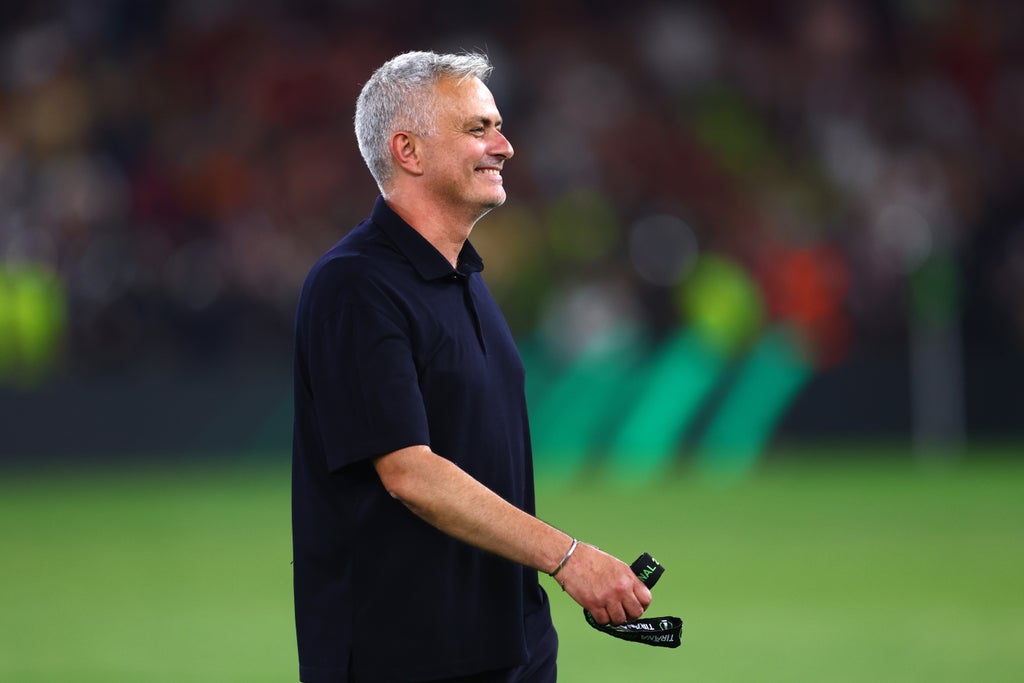 ose Mourinho insists he will remain at Roma this summer regardless of any offers he receives from other clubs.

A 1-0 victory for the Italian side in the Europa Conference League final against Feyenoord gave Mourinho a fifth European title as he became the first manager to win a continental trophy with four different clubs.

It marks a successful end to his first season at Roma and he confirmed there is more to come after revealing the close bond he feels with the club.

“I will stay, even if some offer arrives,” Mourinho told Sky Italia.

“I want to stay at Roma and we need to understand what our owners want to do next season so that we can follow up on this story, we need to define the direction for next season.

“I feel like a Roma player, like I feel like an Inter fan, a Chelsea-ista, I’m crazy about Real Madrid, but with due respect for the clubs I have worked for, I feel 100% Roma.”

Mourinho was emotional at full-time after extending his perfect record in European finals, though he found time to hold five fingers up as the referee brought an end to the match.

It’s a first European title for Roma since 1961 and while many fans travelled to Albania to watch the final, there were 50,000 back home inside the Stadio Olimpico.

The players are sure to get a huge reception when they land back in Italy and Mourinho was fully aware of the need to deliver a club of Roma’s size a trophy.

“There are so many things going on in my head right now,” Mourinho said.

“I have been in Rome for eleven months and I immediately understood where I was. As I told the boys in Turin in the locker room, we did what we had to do, our job, but today it wasn’t work, it was history and we wrote history.