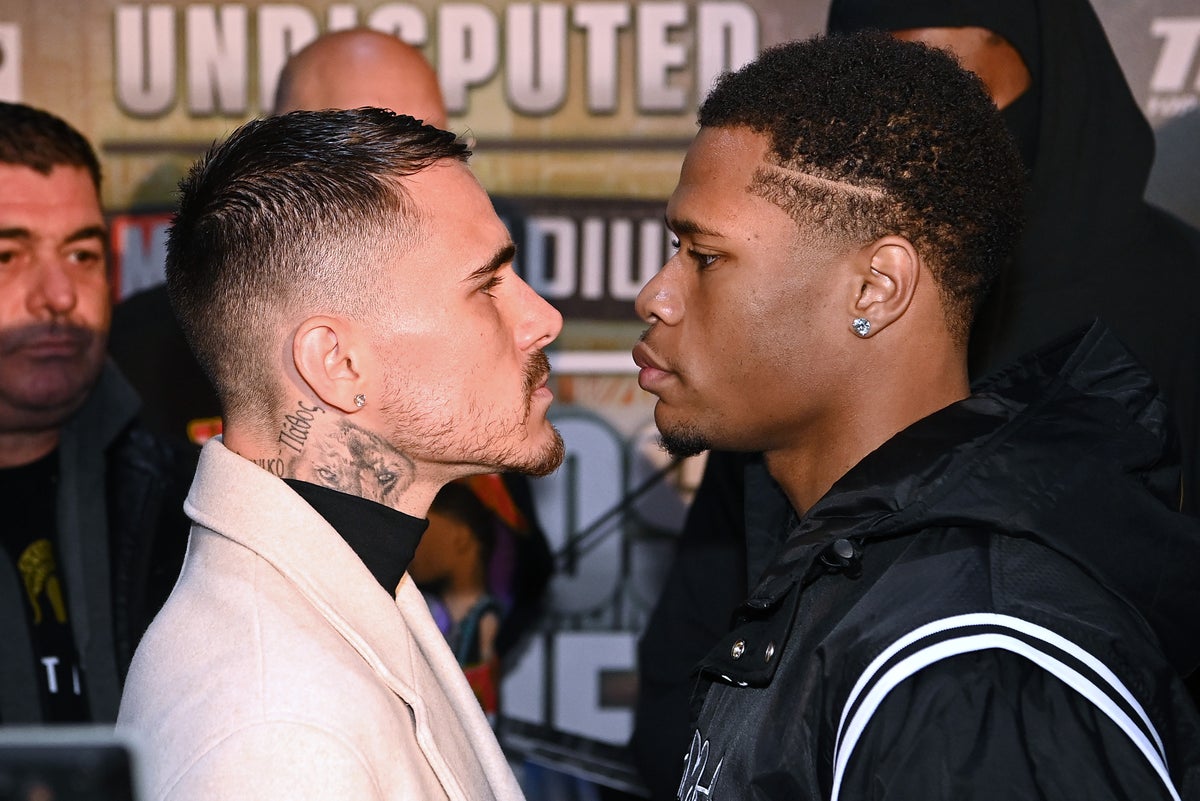 eorge Kambosos Jr and Devin Haney battle in Australia this weekend with the undisputed lightweight championship of the world on the line.

Melbourne is the setting for a hotly-anticipated clash between two undefeated stars and bitter rivals, with Kambosos Jr mounting the first defence of his WBA (Super), IBF, WBO, and The Ring belts.

It is six months since the 28-year-old from Sydney stunned boxing by edging Teofimo Lopez via split decision at New York’s Madison Square Garden to become the unified champion at 135 pounds, one of boxing’s deepest and most talent-rich divisions that also includes the likes of Gervonta ‘Tank’ Davis.

It was Lopez’s own first defence of the unified status he took with a shock victory over Vasiliy Lomachenko 13 months earlier. Kambosos Jr will be eager to avoid suffering the same fate on Saturday night, though faces a really tough test against American Haney.

‘The Dream’ has held the WBC lightweight strap since 2019, defending it on four occasions against the likes of Jorge Linares and Yuriorkis Gamboa. Haney was last in action in December, when he earned a dominant decision win over Joseph Diaz Jr in Las Vegas.

There is certainly no love lost between these opponents, with accusations and stinging barbs flying back and forth once again during fight week down under. Who will come out on top in this latest mouthwatering tussle for lightweight supremacy?

The chief support card is due to get underway at around 1am BST (10am local time), with the ring walks for the main event expected at around 4am in another late night for British fight fans.

How to watch Kambosos Jr vs Haney

TV channel: In the UK, Kambosos Jr vs Haney is being broadcast live on Sky Sports Main Event and Sky Sports Action, with coverage beginning at 2am BST on Sunday morning.

Despite his belts, Kambosos Jr goes into this contest as the familiar underdog.

While he will have significant backing from a passionate home crowd, this could well be one step too far for the Australian.

Haney is a super talent and will be determined to showcase that on the biggest stage on Saturday night.

Haney to win via unanimous decision.

Odds via Betfair (subject to change).