Remember when Eric Hosmer was batting over .400 in late April? Barely!

Many of us at Sports Illustrated have spent the last few weeks looking back on this year in sports. We combed through the catalog of stories we’ve published over the past 12 months to pick out our favorites and sum up what happened (or in the case of MMQB editor Mitch Goldich, what didn’t happen).

As our MLB editor, I was tasked with writing about this most thrilling and consequential baseball year. The overarching theme for the package was “What We’ll Remember From 2022,” so the stories I chose to highlight below my introductory essay reflect that.

While I was putting it together, though, I couldn’t help but think about all that we’ll forget from baseball in 2022. Actually, I had already forgotten plenty of things we wrote about this year until I saw our stories in the archives. So, uh, let’s give this long, strange year a proper sendoff and remember again what we may soon forget…

• Remember when the Angels were a first place team for the first month and a half of the season? I felt like a genius at the time, because I made the bold and, in hindsight, incredibly stupid prediction that they would win the World Series before the season began. Their record was 24–14 on May 16, their last day in first; they went 49–75 the rest of the way. Woof.

• Remember when Eric Hosmer was batting .415 through his first 18 games. How did that turn out for him? The Padres first wanted to trade him to the Nationals in the Juan Soto trade, but because Hosmer had a limited no-trade clause, he vetoed the deal, forcing the Friars instead to trade Luke Voit, who wasn’t happy about it. Later that deadline day, the Red Sox inexplicably decided to take Hosmer off San Diego’s hands. As a part-time player in Boston, Hosmer went 11-for-45 (.244) over 14 games and was designated for assignment earlier this month.

• Remember when the Mets were complaining about how frequently they were hit by pitches to start the season? Well, they were hit by a grand total of 112 pitches. You have to go back to 1899 to find a team that was hit by more pitches in a season—well, TWO teams. The pennant-winning Brooklyn Superbas (yes, the franchise that would later be called the Dodgers) were hit by 125 pitches in 150 games, and the National League Baltimore Orioles, in their final year of existence, were hit by 122 pitches in 152 games.

A weird fact about these now-defunct O’s is, after the 1898 season, owner Harry Von der Horst also became owner of the Brooklyn Bridegrooms, who would change their name to the Superbas for the following season. Along with manager Ned Hanlon, seven players from the ’98 Orioles were assigned to the ’99 Superbas. Six more followed for the 1900 season, after the O’s folded. One of the ’99 Superbas who didn’t come over from Baltimore was a pitcher named, I kid you not, Welcome Gaston! He pitched two games in ’98 and then one more in ’99, and that was it for his big-league career. His career ERA across 19 innings was 2.84, but the Gaston stat I found, ummm, most Welcoming was his batting line from ’99. He had two plate appearances in his only game, and went 1-for-1 with… wait for it… a hit by pitch! So his slash line for ’99 is: 1.000/1.000/1.000 with a 2.000 OPS! Is this relevant to the 2022 Mets? Not really! But I sure hope it’s a Welcome digression for you.

• Remember when Yankees manager Aaron Boone intentionally walked Miguel Cabrera in the bottom of the eighth inning of a one-run game in Detroit, with Miggy one hit away from 3,000 for his career? As Emma Baccellieri wrote at the time, “​​It was a perfectly reasonable baseball decision. (Fill the empty base with two outs in a close game to get to a left-on-left matchup—why not?) It was an example of how those reasonable baseball decisions can often chafe against the interests of fandom. And, more than anything, it was stupidly, deeply funny.” Cabrera grounded a single through the right side in his first plate appearance of the Tigers’ next game. 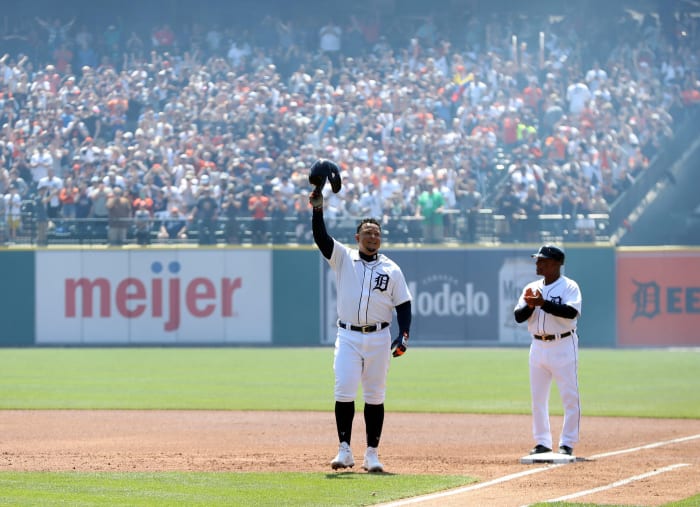 We’ll all remember Miggy’s 3,000th hit. The intentional walk in his previous plate appearance, from the game before it, is more forgettable.

• Remember back in April when Joe Maddon, then managing the Angels, intentionally walked Rangers shortstop Corey Seager with the bases loaded, one out and Texas leading, 3–2, in the fourth inning? That was hilarious! The Rangers scored twice more than inning, on a bases-loaded sacrifice fly and a balk with runners on second and third. The Angels came back to win the game. Shohei Ohtani went 2-for-5 with two home runs, and Mike Trout went 2-for-4 with a walk; they each scored two runs.

• Remember when White Sox manager Tony La Russa issued not one but TWO intentional walks with his pitcher ahead in the count, 1–and–2, this year? I wrote about the first one in the June 10 edition of this newsletter because it was comically illogical! In that instance, which came in the sixth inning of Chicago’s eventual 11–9 loss to the Dodgers on June 9, La Russa walked Trea Turner to face Max Muncy with two runners on after a wild pitch advanced Freddie Freeman to second base. Muncy then crushed a three-run homer. The second time, in a 5–2 loss to the Guardians on Friday, Aug. 19, didn’t backfire, but that doesn’t mean it was the right decision.

• Remember when Aroldis Chapman was placed on the injured list because his new leg tattoo got infected? History is more likely to remember when he became, as Lindsey Adler dubbed him, AWOLdis Chapman just before the postseason began and was left off the roster, but that doesn’t make his infected leg tattoo any less ridiculous.

• Remember when Madison Bumgarner was ejected after he was checked for sticky stuff, even though he wasn’t ejected for sticky stuff? As I wrote then, things got pretty steamy down in Miami between the Diamondbacks lefthander and umpire Dan Bellino.

• Remember when the Nationals made Juan Soto fly commercial to the All-Star Game instead of chartering him a flight, as some, but not all, of the other teams did for their All-Star players? As Soto’s agent Scott Boras told Stephanie Apstein, “All I know here is that the Atlanta Braves and Juan Soto played a game yesterday. The Atlanta Braves arrived here five hours earlier than Juan Soto did. You know why? Because their team chartered a plane. Juan Soto had to fly on a commercial flight and wait in an airport for two hours and get here at 1:30 in the morning and have to compete in the Home Run Derby. And that’s something that Major League Baseball did not take care of and that’s something that the Washington Nationals did not take care of.” Two weeks later, the Nationals traded Soto to the Padres.

I would say you’re Welcome for giving you all these tidbits that you’ll soon forget, but I won’t do that because, well, you’re not Welcome. This guy is.

Happy New Year everyone, and thanks for reading! 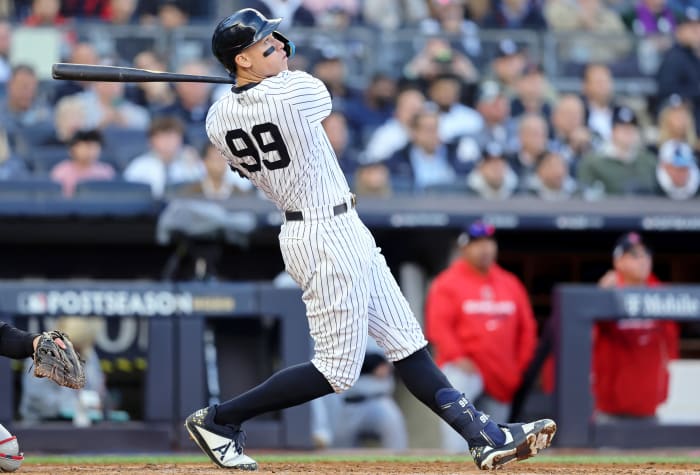 “One year ago, we didn’t know when, or if, baseball would be played in 2022. About a month earlier, moments after the collective bargaining agreement expired without a new one in place, the 30 Major League Baseball owners locked out the players and kicked off the first work stoppage in 27 years. We had no idea how long it would last, but we knew it would be ugly.”

That’s how I begin the aforementioned baseball year-in-review essay, which was published this morning. I promise it isn’t as grim as the lede makes it seem because the lockout ended just in time for a full season. You can read my story here, and below it, you’ll also find some of our best coverage from this year.

What We’ll Remember From 2022: MLB by SI Staff
Aaron Judge’s home run chase and Houston’s second title headlined a baseball season that, for a time, seemed like it might not happen at all.

A lot has happened since the last newsletter. Let’s get you caught up on some of our best stories: 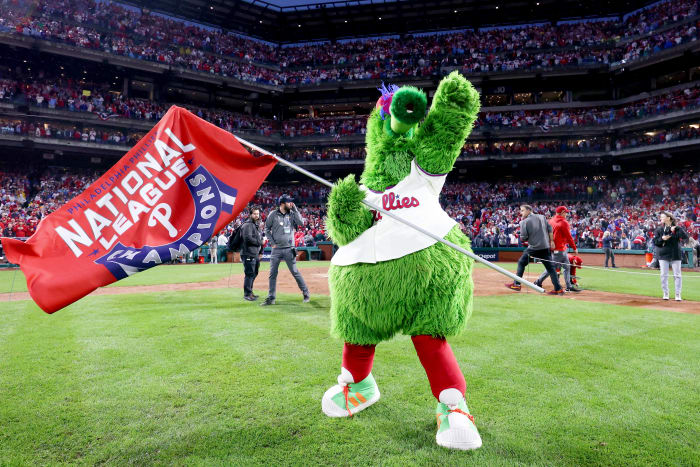 We couldn’t publish Mitch Goldich’s Phillies Win World Series essay in November because they came up short. So we ran it this morning instead.

An Alternate History of the 2022 Phillies’ World Series Run by Mitch Goldich
What to do when your favorite story of the year is reduced to a work of fiction.

This Year in Home Run Reactions: A Study in the Human Condition by Emma Baccellieri
Dramatic dingers tell us something about baseball. The pitchers reveal something about frustration, pain and apathy.

The Most Representative MLB Hitter of 2022 by Emma Baccellieri
Which player best shows the type of baseball we saw this year? Let’s take a look.

MLB Is Giving Older Players More Money As the Game Gets Younger by Tom Verducci
More players are being paid to leave rather than complete their contracts, and yet teams continue to ink long-term deals that take players well into their 30s.

Andruw Jones’s Hall of Fame Case Comes Down to His Historic Peak by Will Laws
He was one of the best players ever through his age-30 season. Then his production cratered, he was arrested for domestic battery and his MLB career was over.

Jimmy Rollins Has a Long Way to Go Before He Gets His Hall of Fame Due by Matt Martell
Few players combined for power and speed like the longtime Phillies shortstop.

3. WORTH NOTING from Nick Selbe

With 2022 coming to a close, the time for making New Year’s resolutions is upon us. With a new era of sorts coming to MLB in 2023, here’s hoping that the rules changes heading our way will have the intended positive effect: More balls in play falling for hits, more stolen base attempts (successful or otherwise) and, ultimately, more scoring. Will there be hiccups along the way as players, managers and umpires adjust to the new normal? Certainly. But if all goes according to plan, we’ll be thankful these changes were finally adopted this time next year.

Previous Question: Five active second basemen have hit at least 100 home runs in their careers. One of them is Robinson Canó, who is technically still active because he hasn’t retired. Who are the other four?

(For this question, a player must have played at least 50% of his games at second base to qualify, so you will not find Marcus Semien or Javier Báez on this list.)

Question: Five active pitchers have won multiple Cy Young awards. Who are they?

My favorite part of Mitch’s essay on the Phillies was his description of how their run brought him back together with old friends. That concept was the best part of baseball for me this year. While 2021 did feel something like a return to normalcy, ’22 felt like baseball was really, truly all the way back. I made more trips and met with friends in ballparks I hadn’t seen in ages. As reporters, we had the chance to connect with players in clubhouses again, and I think coverage across the game was better for it. This spirit of sharing and connecting through the game is the best it has to offer. May we all have plenty of it in ’23.

Verducci: How Tom Brady Made Wild MLB History by Retiring From NFL

The Dodgers Are Still Paying for Their Trevor Bauer Mistake