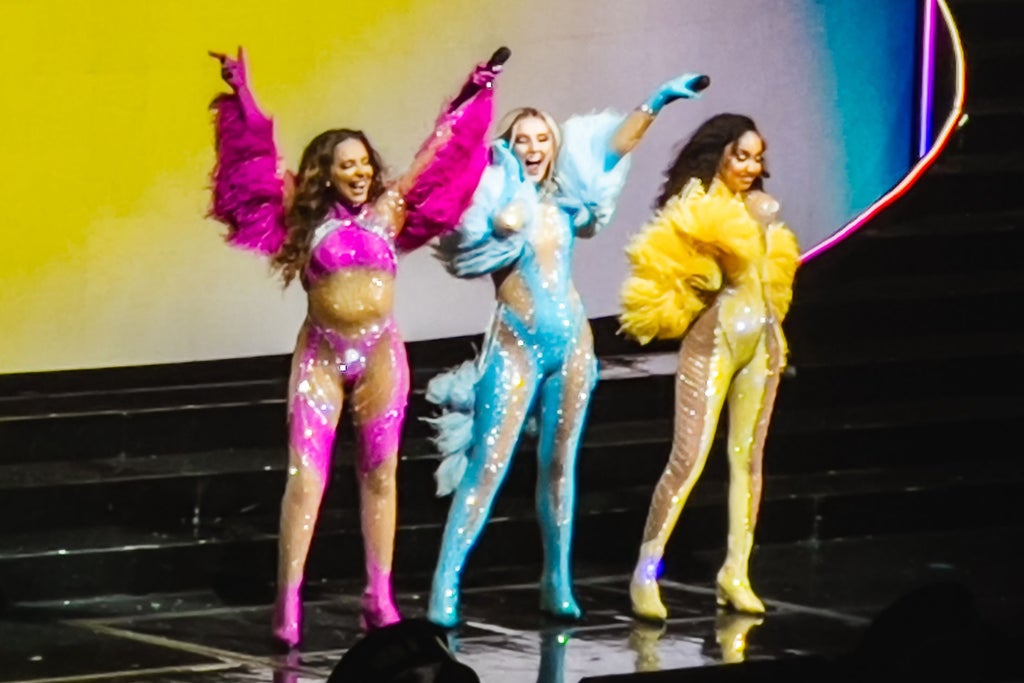 Review at a glance

en years is a long time to spend at the top of your game, but in an industry as fickle and highly pressured as pop music, Little Mix’s staying power is nothing short of miraculous. Now, after 19 top 10 singles, six studio albums and three BRIT Awards, Britain’s premiere pop outfit are poised to take a well-earned break to pursue other projects, and have spent the last month touring the UK and bidding farewell to fans in preparation.

By the time the Confetti Tour hit The O2 Arena for its final run of shows, emotions were beginning to get the better of the trio. “It’s starting to sink in that there are three shows left,” Jade Thirlwall told fans, struggling to fight back tears as she and bandmates Leigh-Anne Pinnock and Perrie Edwards stood suspended above the floor seating on a spectacular floating platform. “We’ve created some of the most incredible memories. And this sisterhood – this bond – we will have it forever and ever.”

For a band whose raison d’etre has always been celebrating female friendship, Thirlwall’s words felt a particularly fitting tribute. And what better way to assess the trio’s legacy than by the surfeit of pop brilliance they leave behind, as showcased in a setlist so rammed with hits that the likes of Little Me and Kiss My (Uh Oh) were relegated to mere dance interludes.

In a breathless opening sequence fueled by rainbow confetti and fireworks, neon-hued marabou and tight choreo supplemented by seven additional dancers, Little Mix despatched Shout Out To My Ex, Heartbreak Anthem and Break Up Song in quick succession, before throwing it all the way back to their debut single-proper, Wings. A tender rendition of Secret Love Song, Pt II was dedicated to the LGBTQ+ community, while new song Between Us found the girls visibly choked yet still blending harmonies beautifully.

The pyrotechnic-powered, rock-inspired rendition of Woman Like Me interpolating En Vogue’s Free Your Mind showed that the trio are making tweaks to their catalogue to the very end, as did a storming run through Salute, featuring bars from Lil Nas X’s Industry Baby.

Prior to the encore of Sweet Melody, the band’s story was projected onto the stage’s giant video screens, tracing their journey from X Factor winners to their current status as the most successful girl group in UK chart history. It’s a feat that felt all the more stark considering that the film was being aired almost exactly a year to the day since Little Mix made history at The O2 as the first female act ever to win the BRIT Award for Best British Group. In many ways, you could consider last night’s colourful celebration the ultimate victory lap. Here’s hoping they don’t stay away too long.