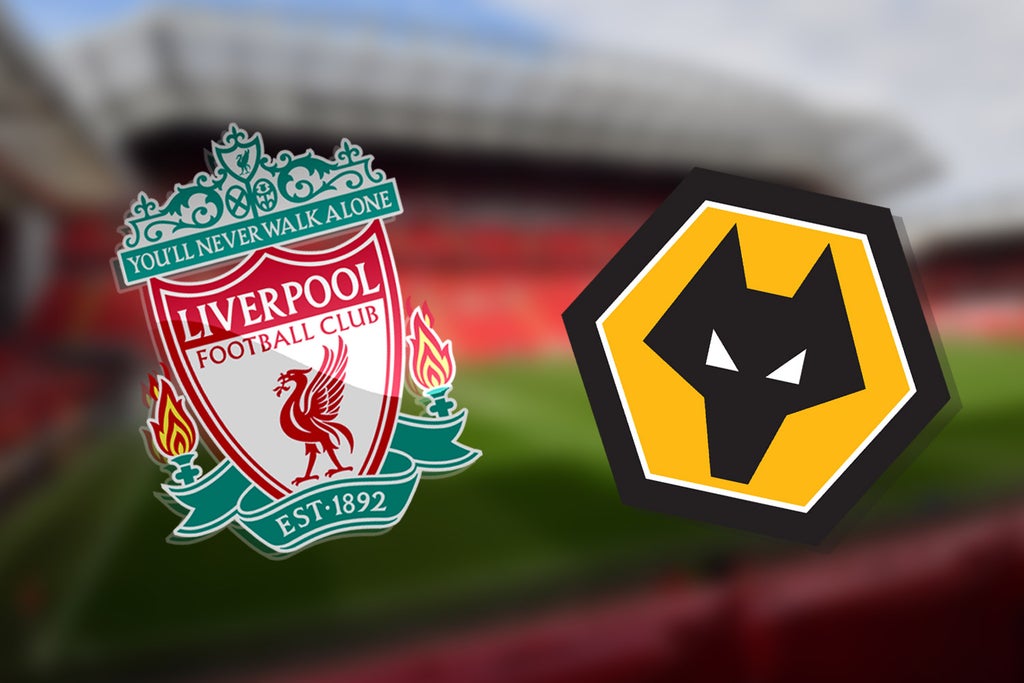 iverpool can lift the Premier League title for the second time in three years if they beat Wolves on Sunday and Manchester City fail to win at home to Aston Villa.

A one-point deficit and worse goal difference means only victory for the Reds will deliver their 20th league title to go with their Carabao Cup and FA Cup crowns, ahead of the Champions League final against Real Madrid later this month.

Jurgen Klopp’s side engineered a 2-1 win at Southampton in midweek to keep their hopes alive while the manager rested a number of his star players.

Standing in their way of a crack at City’s lead is a Wolves team which last won in the league at Anfield in December 2010, when Mick McCarthy’s side got the better of Roy Hodgson’s Reds.

Here is everything you need to know ahead of the game…

Anfield in Liverpool will host the match.

Where to watch Liverpool vs Wolves

TV channel: The match will be televised on Sky Sports Premier League with coverage beginning at 2.30pm.

Mohamed Salah and Virgil van Dijk are the big fitness concerns for Liverpool, after both pulled up in the FA Cup final.

Jurgen Klopp risked neither played against Southampton in midweek and has confirmed that they should be fit to play some role on the weekend, with one eye on the Champions League final.

Fabinho and Joe Gomez will sit out the clash, the latter having suffered an ankle knock on the south coast.

Max Kilman, Romain Saiss and Nelson Semedo are set to miss the game for Wolves.

Can Wolves spring a huge shock at Anfield to hand Manchester City the title? It seems unlikely but so much of this game could depend on events at the Etihad – as an easy stroll for the leaders could reduce the hosts’ urgency and open up a chance for Wolves.

Still, Liverpool must maintain momentum ahead of the Champions League final no matter what happens with their title rivals.

The Reds have won each of their last six meetings, conceding just one goal along the way.