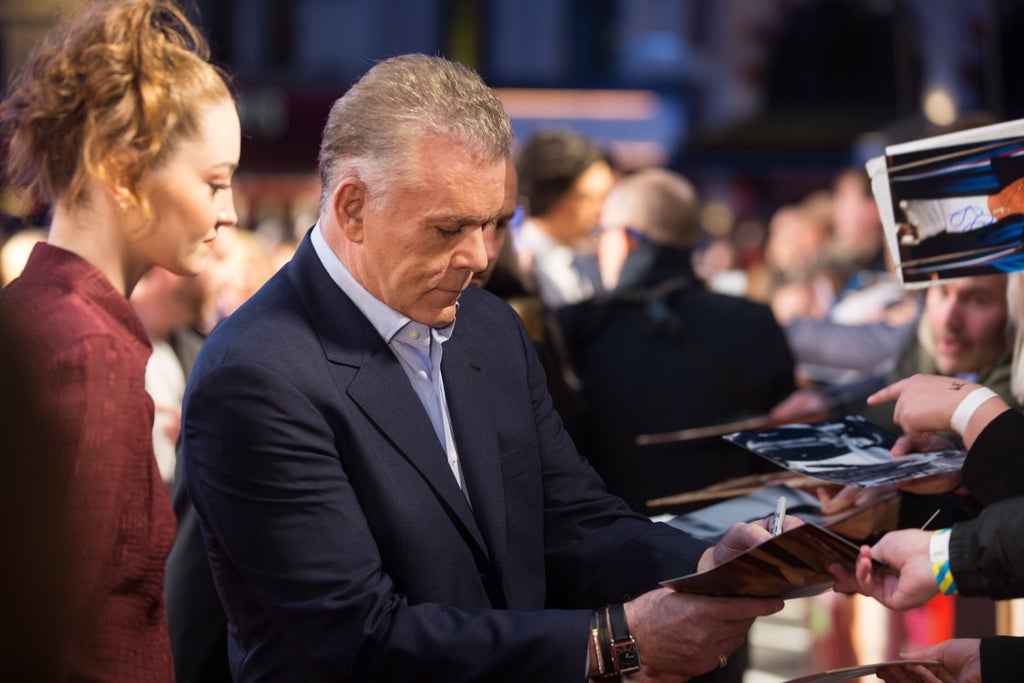 Scorsese, who directed both actors in the 1990 film, praised the “uniquely gifted” and “courageous” performer, adding he would “always be proud” of the work they had done together.

Liotta’s publicist Jennifer Allen confirmed to the PA news agency the actor had died in his sleep in the Dominican Republic, where he was filming his latest movie Dangerous Waters.

His fiancee Jacy Nittolo was on location at the time of his death, Ms Allen said.

Liotta is best known for his portrayal of Henry Hill in Goodfellas opposite De Niro and Joe Pesci.

“I’m absolutely shocked and devastated by the sudden, unexpected death of Ray Liotta,” Scorsese said, in a statement shared with US media.

“He was so uniquely gifted, so adventurous, so courageous as an actor.

“Playing Henry Hill in Goodfellas was a tall order, because the character had so many different facets, so many complicated layers, and Ray was in almost every scene of a long, tough shoot.

“He absolutely amazed me, and I’ll always be proud of the work we did together on that picture.

“My heart goes out to his loved ones, and it aches for his loss, way too early.”

De Niro said in a statement shared with US media: “I was very saddened to learn of Ray’s passing. He is way too young to have left us.”

Lorraine Bracco, who played Karen Friedman Hill in Goodfellas, said she was “shattered” to hear the “terrible news” about her former co-star.

Sharing a photo of them on Twitter, she added: “I can be anywhere in the world and people will come up and tell me their favorite movie is Goodfellas.

“Then they always ask what was the best part of making that movie. My response has always been the same… Ray Liotta.”

Before Goodfellas Liotta found fame playing ex-con Ray Sinclair in 1986 black comedy Something Wild, for which he received a Golden Globe nomination,

He went on to star as Shoeless Joe Jackson in the 1989 film Field Of Dreams and then the gangster epic.

His Field Of Dreams co-star Kevin Costner recalled his “god-given” baseball scene in the film in his own tribute to Liotta.

Costner starred as farmer Ray Kinsella in the 1989 film, which was nominated for three Oscars.

Sharing a video clip of the classic scene to Instagram, Costner wrote: “Devastated to hear the news of Ray Liotta’s passing.

“While he leaves an incredible legacy, he’ll always be ‘Shoeless Joe Jackson’ in my heart.

“What happened that moment in the film was real. God gave us that stunt. Now God has Ray.”

Jennifer Lopez also said that she felt “lucky” to have worked and learnt from Liotta on the crime drama TV series Shades Of Blue, in which they starred from 2016 to 2018.

The pop superstar and actor paid tribute by sharing a series of photos on Instagram of them together along with a clip of the pair acting out an emotional scene during the show.

Liotta was the adopted son of a town clerk and auto-parts shop owner, who insisted he never contemplated acting while growing up in Newark, New Jersey.

After graduating he moved to New York City and worked as a barman until he was cast in soap opera Another World in 1980.

After his role in Something Wild, Liotta resisted the countless psychopathic roles he was offered following the film’s success, and instead starred in the acclaimed drama Dominick And Eugene, about a complex relationship between twin brothers.

During the 1990s Liotta starred in Unlawful Entry, Cop Land and Corrina alongside Whoopi Goldberg.

In 2016 he told the PA news agency about regrets he had in the way he handled his career, including turning down the chance to audition for Tim Burton’s Batman movie.

Nonethless, he enjoyed a varied trajectory as an actor, also appearing as Frank Sinatra in the 1998 TV movie The Rat Pack.

In 2004, Liotta made his Broadway debut in dramatic comedy Match and appeared on the big screen in comedies such as 2010’s Date Night and two Muppets movies, as well as dramas including 2012’s The Iceman and 2014’s Sin City: A Dame To Kill For.

Despite his immensely varied career, Henry Hill remained a character audiences continued to associate him with. But it was an association the actor did not mind, previously telling PA: “People ask if I’m bothered by that but no, Goodfellas will be a top 10 movie for years and years, it seems.

The actor died in his sleep in the Dominican Republic, where he was filming his latest movie Dangerous Waters (David Parry/PA) / PA Wire

In recent years Liotta appeared in Marriage Story and No Sudden Move and starred alongside Tarron Egerton in the upcoming Apple TV series Black Bird.

In 2021 Liotta starred in the Sopranos prequel movie The Many Saints Of Newark, after turning down a role in the original film.

He recently finished filming Cocaine Bear, a film directed by Elizabeth Banks which is scheduled to be released in February next year.

The actor was also reportedly due to star in The Substance alongside Demi Moore and Margaret Qualley.

In addition to his acting roles, Liotta was also the narrator of documentary series The Making Of The Mob, and starred in a number of music videos including for David Guetta’s song Lovers On The Sun.

He leaves behind his daughter Karsen, whom he shares with his ex-wife Michelle Grace, and his fiancee Ms Nittolo.

The producers of Dangerous Waters, the film which Liotta was working on at the time of his death, expressed their sadness following the news.

A statement on behalf of the producers said: “We were deeply saddened to learn of Ray’s passing, it’s a tremendous loss and our heartfelt condolences go out to his family, fiancee Jacy and daughter Karsen.”