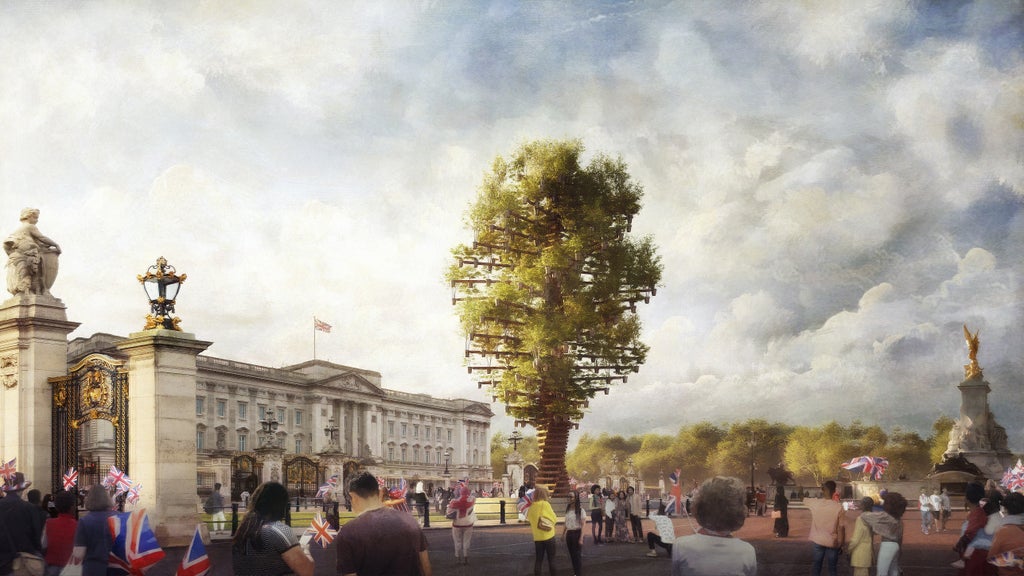 n illumination of a “tree of trees” sculpture as tall as three giraffes will serve as the principal beacon lighting at Buckingham Palace during the Jubilee celebrations.

Beacons are usually set on fire to mark royal Jubilees, but during a special ceremony on the evening of Thursday June 2, there will be a fresh take on the historic tradition in tribute to the royal family’s commitment to environmental causes.

The 21-metre high living tree sculpture by British designer Thomas Heatherwick will reflect the planting of more than a million Jubilee trees as part of the Queen’s Green Canopy (QGC).

Made of 350 British native trees in pots, it will tower over the royal residence as a centrepiece during the holiday weekend, with the Palace announcing on Friday that a lighting installation with the structure would act as the lighting of the principal beacon.

A Palace spokeswoman said: “This will take the form a lighting installation with the Queen’s Green Canopy Tree of Trees sculpture and projections onto the front of Buckingham Palace.

“This innovative new way of taking part in the beacon lighting will reflect the royal family’s long history of championing environmental causes.”

The special ceremony is expected to be attended by some members of the royal family.

More than 2,000 towns, villages and cities throughout the UK and UK Overseas Territories will come together to set beacons ablaze in honour of the Queen’s 70 years as sovereign.

Beacons will also be lit in each of the capital cities in Commonwealth countries.