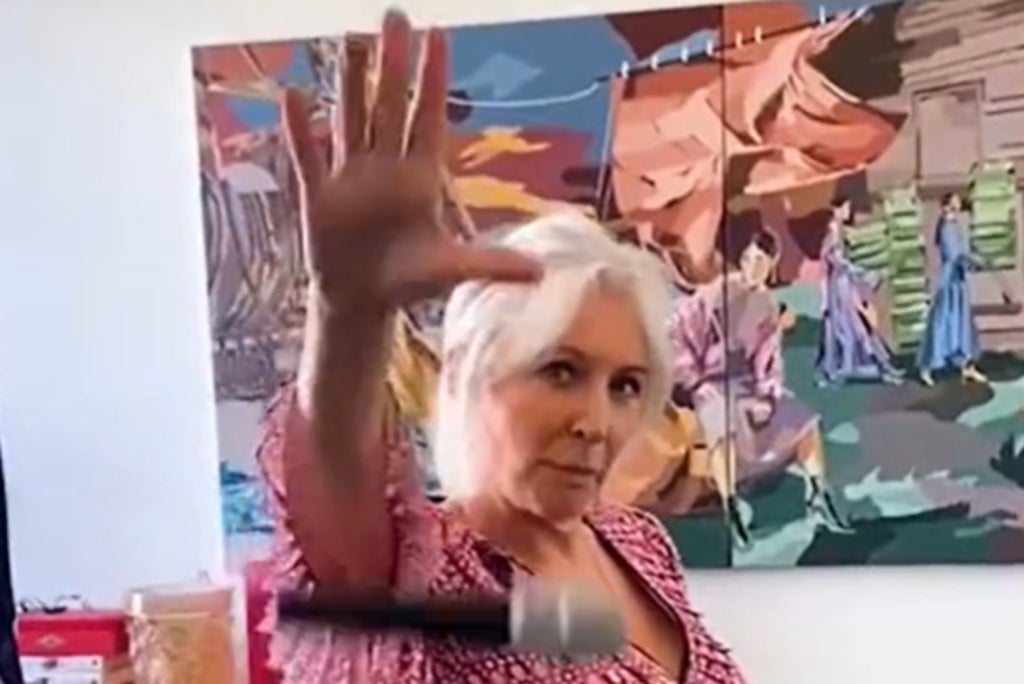 The Culture Secretary dropped her latest policy explainer on the streaming platform in the form of a rap – finishing it off with a classic “mic drop”.

Alongside some “tired” memes, Ms Dorries delivers rhymes like: “The UK is passing some new legislation/ To make the internet safer for the younger generation.

Her performance was greeted with a mixed reaction in the comments, with one asking: “Are we living in a cartoon?”

Otto English wrote on Twitter: “I think someone’s put acid in my toothpaste.”

Matthew Lesh, head of a free-market thinktank, said: “ This ‘rap’ from Nadine Dorries is seriously emotionally distressing and lacks a reasonable excuse. Thankfully that will soon be illegal under the new harms based communications offence in the Online Safety Bill.”

The TikTok came as news broke that BBC Four and CBBC will no longer be aired as traditional broadcast channels.

Channel 4 hit also back at Ms Dorries’ tweet claiming her privatisation attempt was “setting Channel 4 free” to be able to raise investment to invest in programming.

Channel 4’s Press Office replied with a clarification, writing: “A proposal was made, in response to a request from DCMS, showing how C4 could potentially raise a small amount of outside capital.

“C4 is in excellent financial health & does not want or need to raise outside capital to fund its future plans.”