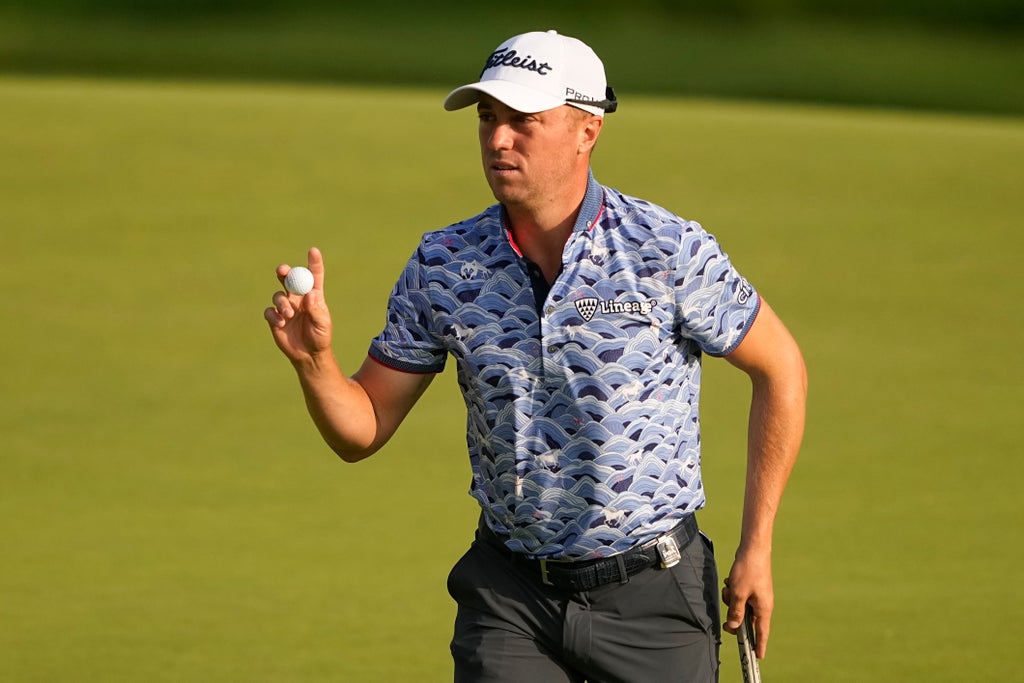 Follow all the action as Rory McIlroy takes a one-shot lead into the second round of the PGA Championship at Southern Hills.

The Northern Irishman finally got off to the flying start he’s been missing at the majors in recent years, with a spectacular round of 65 giving him a slender advantage over a strong chasing pack. Will Zalatoris and Tom Hoge start the day one back, while Justin Thomas, Xander Schauffele and Matt Kuchar are among the other notable names in close pursuit.

Scottie Scheffler was the pre-tournament favourite after his Masters win but the American’s disappointing opening round of 71 leaves him six shots back. There was little fortune for world No 2 Jon Rahm either as a round of 73 all but eliminated his chances of winning a second major. Tiger Woods made a promising start but tailed off badly as his iron-play wavered and the 15-time major champion is now fighting to make the cut.

Shane Lowry (-1) pays the price for hitting the right side rough off the tee on the second. He misses his par putt and drops a shot with his first bogey of the day.

25-year-old American, Aaron Wise, joins Kuchar, Ancer and Fitzpatrick at (-3) after making use of the par-5 13th to pick up his second birdie of the day.

Justin Thomas caught capitalise after a superb tee shot on the first and hangs his birdie putt just right of the hole before knocking it in for a par.

After his birdie on 17 Jon Rahm is struggling on the 18th. He finds the rough off the tee then hooks a flat iron shot into the bunker by the side of the green with his second.

Joaquin Niemann (-4) has to settle for back-to-back pars on 13 and 14 after twice coming up short with birdie putts on each hole. He’s creating the opportunities though and he’ll be confident moving further up the leaderboard soon.

Fist pump for Jon Rahm as the ball drops into the hole on 17 to break his run of pars. He’s back to (+2) after his first birdie of the day. Can he kick on from here?

You can hear the wind crackling on the television microphones as Justin Thomas tees off on the first. He smokes it into the left side of the fairway and will have a decent angle to approach the pin which is over on the right side of the green today.

Not bad from Lowry (-2)who flicks a wedge into the green on the first hole to set up another birdie opportunity. He’s about 10/15-feet away putting up the hill.

Justin Thomas (-4) completes his par on 18 to make it to the turn one-under for the day.

Striking into the wind on the 18th, Justin Thomas (-4) takes an iron from 163-yards and knocks his second shot onto the green. He’s half a club short though and leaves himself a long putt for a birdie.

Shane Lowry (-2) gets to the turn two-under for the round and the tournament. He navigated the tricky closing holes on the back nine smoothly and can push on to close the gap on Rory McIlroy.

Dustin Johnson (+3) is back to where he started the day with a birdie on 17. The projected cut is +2 as it stands so he’s got some work to do on his last 10 holes to make it into the weekend.