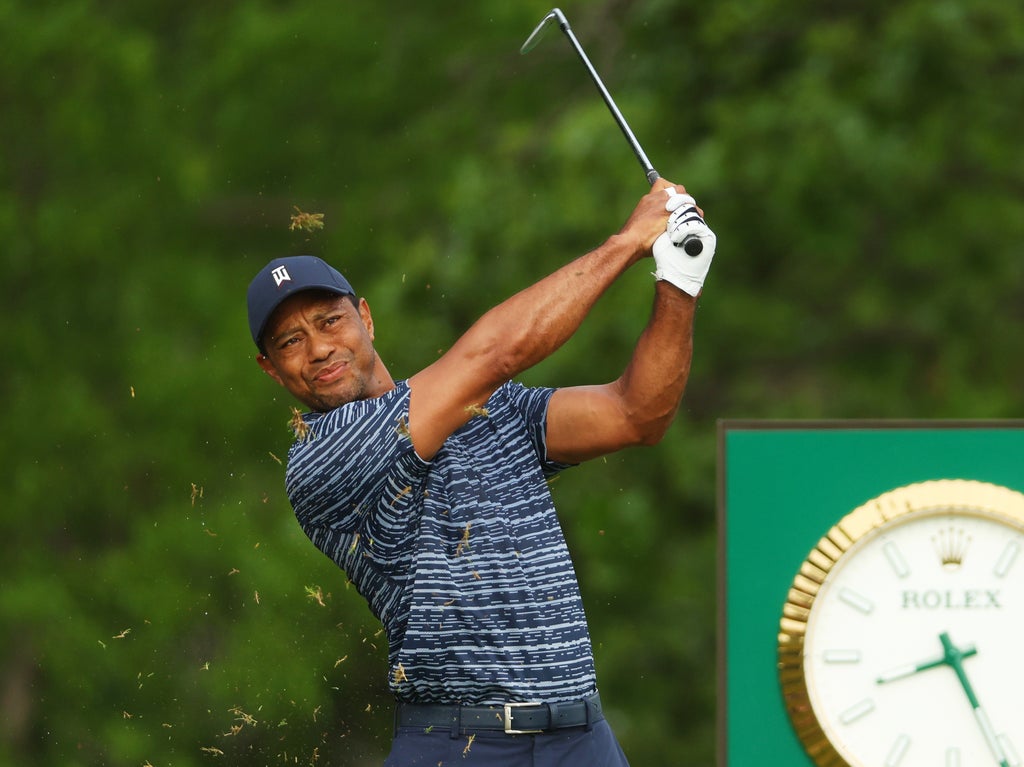 Follow all the action as the PGA Championship gets underway at Southern Hills in Oklahoma this afternoon.

The build-up to the tournament has been dominated by talk of players defecting to a rival Saudi-backed series and the absence of defending champion Phil Mickelson. That speculation will be forced into the background over the next four days though as the world’s best players vie for glory in the year’s second major. Scottie Scheffler enters the week as a slight favourite owing to his spectacular start to the season, with four victories including his maiden major title at Augusta in April. The world No 1 is sure to face stern competition from his Ryder Cup teammates with Jordan Spieth, Justin Thomas and Xander Schauffele all in fine form.

The majority of eyes will of course be drawn to Tiger Woods, with the 15-time major champion insisting he is confident he can scale the mountain again as he continues his comeback from that horrific car crash last year. Jon Rahm is looking to clinch the second major of his career and hasn’t competed since winning the Mexico Championship at the start of the month. Rory McIlroy finished runner-up at Augusta and will be hoping to go one better and end his eight-year drought at the majors. Follow all the action live below:

25-year-old Davis Riley makes it three birdies in four holes to put himself within one of leader Rory McIlroy. He joins Justin Rose, Will Zalatoris and Max Homa at three-under.

Y.E. Yang’s back nine started poorly with consecutive bogeys on 10 and 11 but he’s pulled one back on 12 to move back under par for the round.

Robert MacIntyre (-1) has dropped a shot on the first hole (his 10th) and a bogey on 18th for Xander Schauffele drops him down to (-1) as well.

Tiger Woods (-1) misses out on another birdie but continues his steady start to the round.

Finally Rory McIlroy (-4) has a similar birdie putt to Will Zalatoris. He sends the ball through the fringe and pulls it just underneath the hole.

On the 17th Will Zalatoris (-3) has a putt to claim a share of the lead. He’s just off the left edge of the green and has to putt through the longer grass. He underhits his shot and leaves it short. Should be a par though.

Cameron Smith (+2) continues to struggle. On top of his earlier double bogey he’s picked up consecutive bogeys on 16 and 17.

Justin Rose on the charge! A birdie and 13, a birdie at 14 and now a birdie at 15 puts him three under thru six and within one of the lead.

McIlroy (-4) leaves his second just short of the green and follows it up with a fine chip to leave a couple of yards for par.

Tiger Woods (-1) finds the green in two but he’s a fair way from the hole. Still, it’s a birdie putt that he just curls around the left side of the hole.

Back-to-back bogeys for Jordan Spieth (+1) sends him over par for his round.

A 527-yard par four – one of the longest on the course is up next for Rory McIlroy who finds the sand off the tee on the 16th and may have to lay up before going for the green.

Tiger Woods and Jordan Spieth leave their drives just short of the bunker.

Top of the leaderboard as it stands:

Quite a few players on (-2) including John Daly, Justin Rose and Xander Schauffele.

*means the round started on the 10th tee.

Stop it Rory! Four birdies in a row for Rory McIlroy (-4) sees him move into the outright lead after six holes.

It must be frustrating for playing partner Jordan Spieth (Evs) who drops a shot after finding trouble on the 15th. Tiger Woods (-1) also moves back after a bogey.

56-year-old John Daly, looking like a new age Father Christmas with his big flowing beard, birdies the 10th to move to (-2).

He’s joined there by Justin Rose who’s just sank his second consecutive birdie on the 14th.