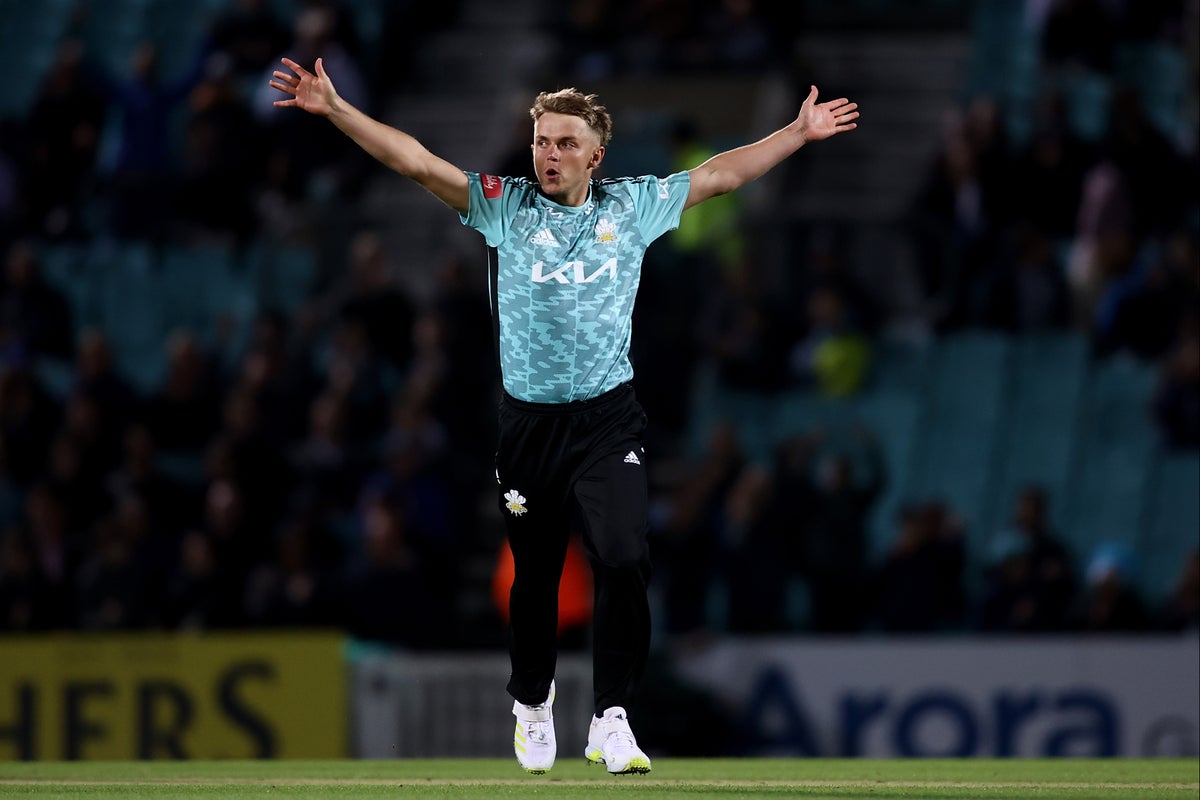 Curran has not played for England in any format since August last year, having suffered a stress fracture of the back, but was earlier on Tuesday named in the ODI squad that will tour the Netherlands next month and marked the positive step in his comeback with four wickets at the Oval.

The 23-year-old’s injury ruled him out of the winter’s T20 World Cup and Ashes series, as well as this year’s IPL, and his progress is good news at last for an England set-up who go into Thursday’s First Test against New Zealand without eight senior seam bowlers due to various fitness problems.

Surrey are among the favourites for the Blast, a tournament they have not won since the inaugural edition in 2003, but after being put in to bat failed to capitalise on the excellent start given to them by Will Jacks’ destructive half-century as they set the visitors a modest target of only 130 in a game reduced to 16 overs-per-side after a rain-delayed start.

Batting alongside Jason Roy, Jacks was part of an explosive opening stand of 60 before the England batter fell to Tom Smith for 28 off 17 balls midway through the fourth over and started a collapse of five wickets for just 24 runs.

Jamie Overton and Sunil Narine followed before the latter’s former West Indies teammate Kieron Pollard, making his Surrey debut and first Blast appearance since the 2011 final, offered some support to Jacks, who brought up his half-century off 30 deliveries, but added just one more to his score before his fine knock was ended by a wonderful Naseem Shah yorker.

Pollard, only recently arrived from IPL duty, failed to fire with 14 from his 15 balls, though he was the only Surrey batter beyond the openers to reach double figures as the hosts were skittled for 129 with an over of their reduced innings to spare.

That looked a below-par effort and early Surrey breakthroughs were needed but they got them in abundance, with the Gloucester top four all back in the hutch inside the opening powerplay.

Curran struck in his first over as James Bracey chipped straight to Chris Jordan on 1, and then again in his second as he had Glenn Phillips caught and bowled for two, with Topley destroying the stumps of Miles Hammond for the same score in between. Dan Worrall got in on the act when Ian Cockbain picked out Jacks as the hosts slipped to 18 for four, before Ryan Higgins struck three successive boundaries off Surrey captain Chris Jordan’s first over to briefly give the chase some much needed momentum.

However, skipper Jack Taylor was snaffled by Roy in the deep to give Pollard his first Surrey wicket, before Narine bowled Benny Howell for a duck in the following over and by the time Curran returned for his second spell, the visitors still needed 46 off the final three overs.

The left-armer quickly put paid to any chance of a dramatic finish with two wickets in three balls to get rid of David Payne and Higgins, before Shah also found the safe hands of Roy to give Topley his second wicket and confirm Surrey’s victory in the penultimate over.