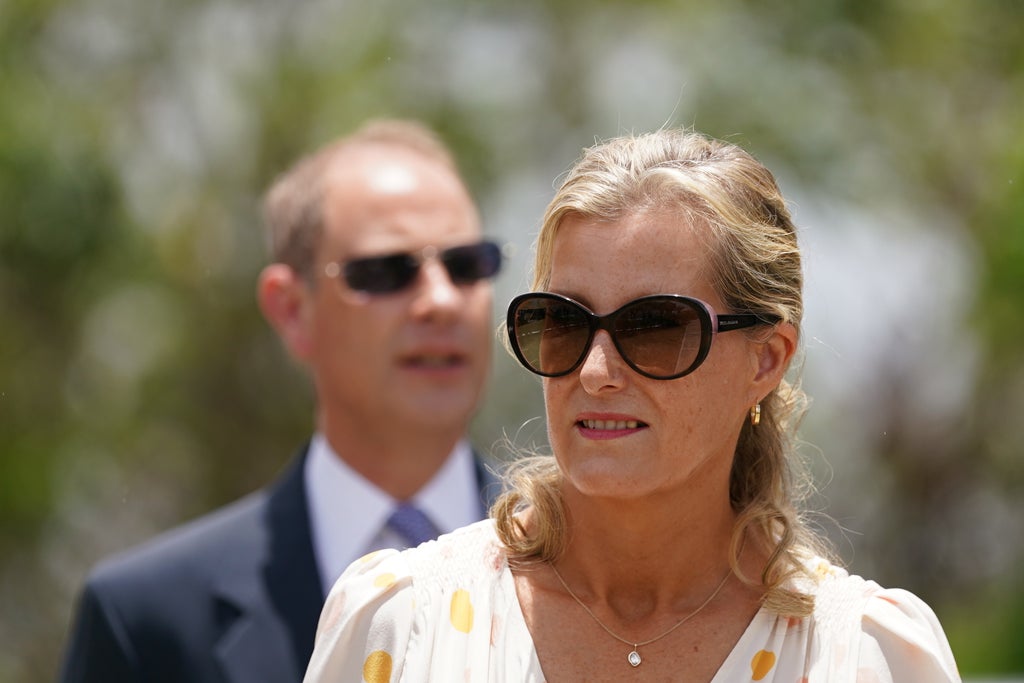 he Countess of Wessex has showed off her skills on the dancefloor in Guernsey with TV judge Rob Rinder.

Sophie wore a ruffled forest-green gown with nude-coloured high stilettos as the pair energetically jived to Puttin’ On The Ritz at a tea dance on the island.

Sophie’s husband the Earl of Wessex, who paired a grey double-breasted lounge suit with a pale-blue tie, also got into the spirit of the occasion as he chatted and waltzed with a female island resident.

The royals on Monday visited Guernsey and fellow Channel Island Jersey as both marked Liberation Day, which celebrates their freedom from Nazi occupation in 1945.

The Wessexes were guests at a parade on Jersey and heard from those who lived under the occupation, before the pair attended the Guernsey tea dance hosted by Mr Rinder, who finished in fifth place on Strictly Come Dancing in 2016.

The Queen sent a message to her “most loyal people” of Guernsey offering her “warmest greetings” on the anniversary of their liberation.

“I am delighted the Earl and Countess of Wessex have the opportunity to represent me on this special day in the island’s calendar,” the Queen added.

“In my Platinum Jubilee year, I am most grateful for your continued allegiance and loyalty and I pleased to reaffirm the close ties that have existed for so long between the Crown and the people of the Bailiwick.”

Sharing a post with photographs of his dance with Sophie, Mr Rinder said: “It’s a 10 from Guernsey… and me.”

The trip was in stark contrast to the reception the Wessexes received in late April during a Caribbean tour in which the Queen was urged to apologise by demonstrators seeking reparations.