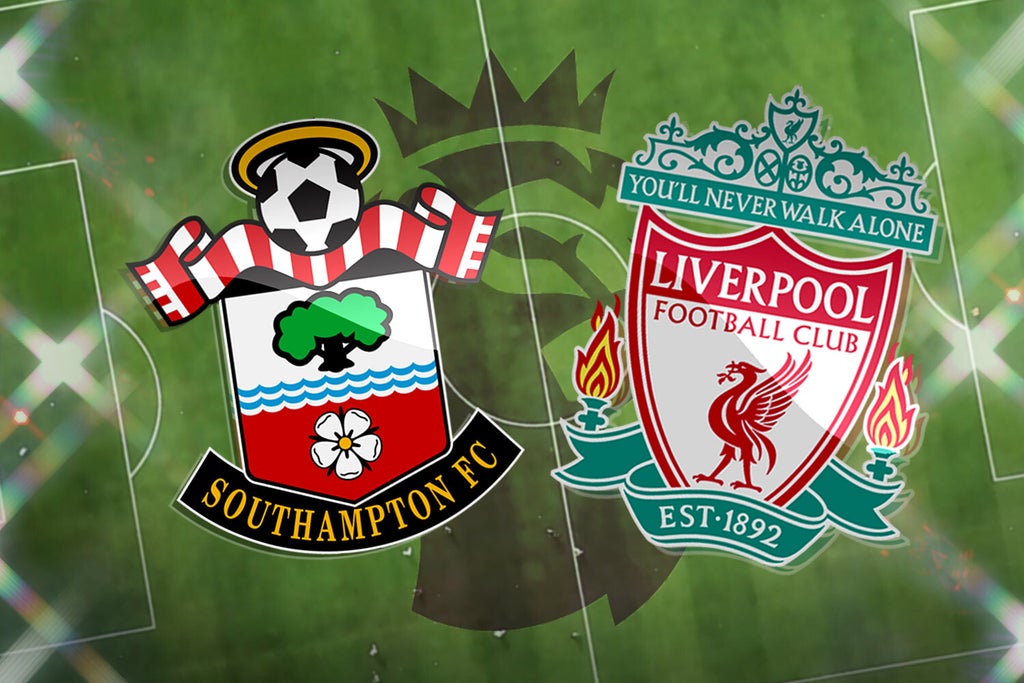 But, after the leaders’ draw at West Ham on Sunday, Jurgen Klopp’s side have been given a chance to close to within just a single point ahead of the final weekend.

Fresh off the back of their FA Cup triumph, Liverpool are in boisterous mood and dreams of a quadruple cannot be dismissed as they head to St Mary’s.

The Saints sit in lower mid-table ahead of the clash and have lost three of their last four games.

Here is everything you need to know ahead of the game…

St Mary’s in Southampton will host the match.

Where to watch Southampton vs Liverpool

TV channel: The match will be televised on Sky Sports Premier League and Main Event, with coverage starting at 7pm.

Tino Livramento is the chief absentee for Southampton as he continues to recover from a long-term knee injury.

Liverpool are sweating over Mohamed Salah and Virgil van Dijk, who were both forced off during the FA Cup final.

“I spoke to both after the game and both are really okay,” said Klopp. “All that we know is that it’s not a big thing we really came through.

“But the next game is on Tuesday and that’s obviously pretty quick. I think they both will be fine. We have training on Sunday morning, and I’d be surprised [if they were fine then] but I’d take it. We will see.”

There have been so many twists and turns in this title race, and Southampton were able to take points off City earlier in the season, but Liverpool’s tails will be up and they will surely have the motivation to seal a victory on the south coast.

The visitors have won eight of their last nine meetings with Southampton.