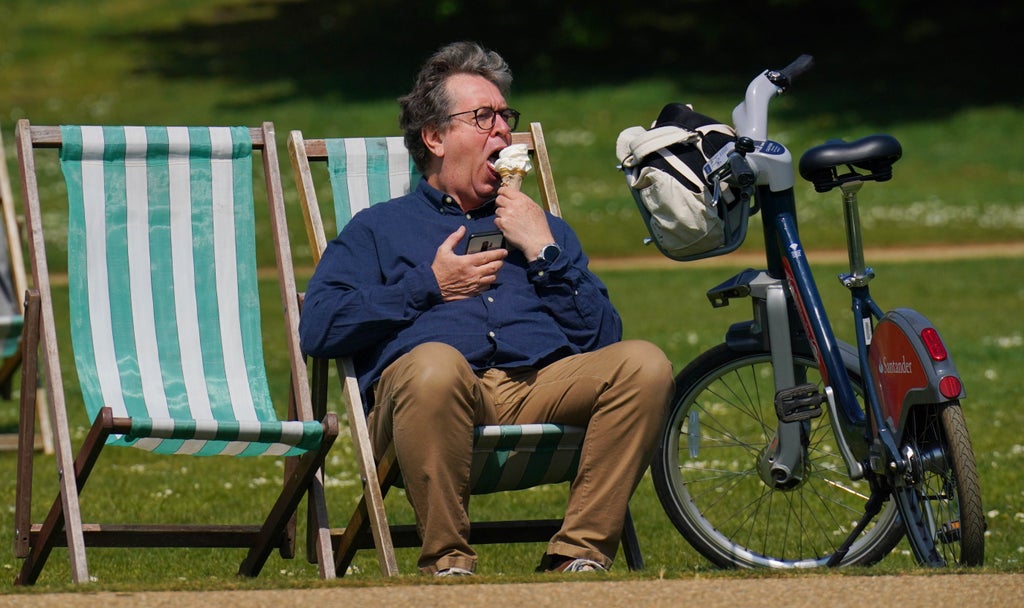 unseekers are set to enjoy more above-average temperatures this weekend in parts of the UK, making spring feel more like summer.

The mercury is expected to remain in the high teens and low 20s in the south and east of England.

Warm weather in the south of England on Friday saw conditions come close to but just miss out on being the hottest of the year so far.

A high of 23C is possible again on Monday, according to the Met Office, with temperatures in the high teens for much of the south of England.

But while some will enjoy above-average temperatures, cloud conditions and rain are expected to move across the country, the forecaster said.

Meteorologist Dan Stroud said there will be “decent sunny spells” across much of England and Wales, with temperatures cooler for Scotland and Northern Ireland.

He said: “We’re thinking at the moment we’re going to see a legacy of cloud and outbreaks of rain clear in the south-east on Saturday morning and then brightening up from the north and the west,” he said.

“Some decent sunny spells and feeling rather warm in the sunshine across many areas of England and Wales.

“Temperatures a bit cooler further north, closer to the seasonal average in Northern Ireland and Scotland.”

Next week is “a bit of a mixed bag”, Mr Stroud said.

He added: “We’re going to see temperatures generally above average for a good portion of next week but the caveat will be that there will be bands of cloud and rain around at times so it’s not plain sailing unfortunately all the way through.

“There is a hint that we might see something warmer towards the back end of next week and running into the following weekend but that’s a long way off.”