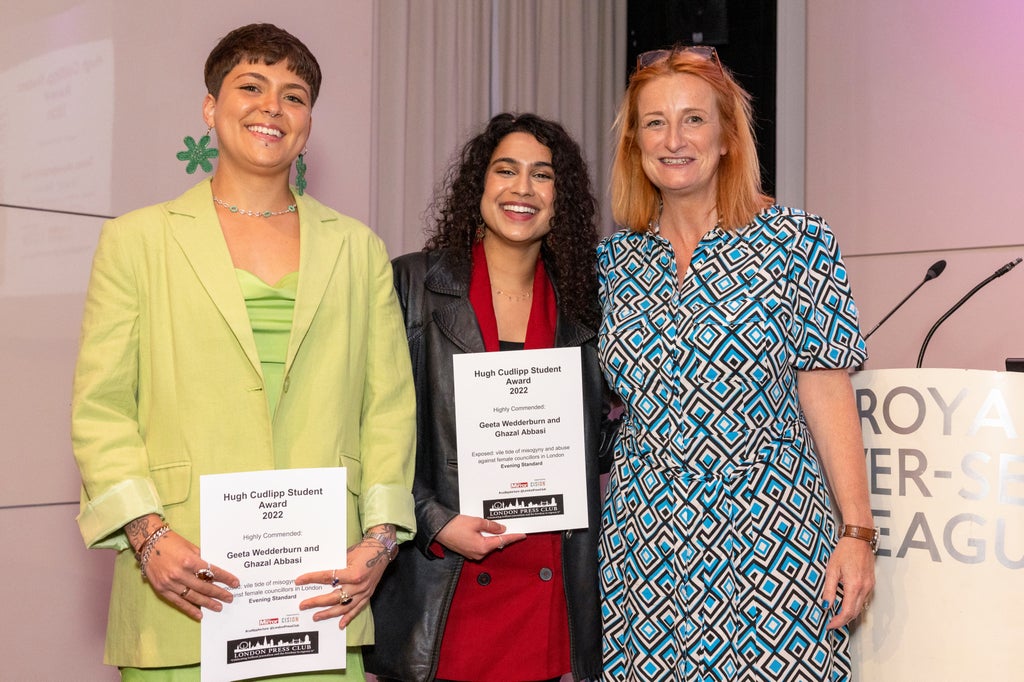 rainee journalists Ghazal Abbasi and Geeta Wedderburn have been highly commended for their Evening Standard investigation into “vile misogyny faced by female politicians”.

They were presented with certificates at the prestigious Hugh Cudlipp Lecture awards for student journalists.

Judges said it was an important and impressive report which offered women councillors a space to open up about horrific abuse not experienced by their male colleagues, just for doing their jobs.

The editor of the Daily Mirror and chair of the Cudlipp Committee, Alison Phillips said before presenting the awards: “It’s been a tricky couple of years for students and especially those hoping to pursue a career in journalism – so many young journalists make their way into our profession by being in newsrooms on work placements or working closely with other young journalist in Student newsrooms – and for much of the past two years that’s been very hard to do. But you wouldn’t know that to see the quality of some of the entries we received this year.”

Um E Aymen Babar won the Cudlipp Student Award for 2022 and a £1,500 cash prize with her hard hitting commentary on the effects of the Azim Rafiq racism scandal in Wisden’s Quarterly The Nightwatchman.

The judges called it “A brave, poignant, well-researched and timely piece that asks as many questions as it answers about systemic racism.”