A year ago at this time, the writing was already on the wall.

On this date last season, the Twins sat in last place of a mediocre division at 18–29, and in little more than two months’ time, they would part ways with established players José Berríos, Nelson Cruz, J.A. Happ and Hansel Robles in a trade deadline sell-off that preceded a last-place finish. For a small-market team that crapped out from 2011 to ’16—they averaged more than 94 losses per year during that stretch—it seemed to mark the end of an all-too-brief contention window that featured just three playoff appearances and (infamously) zero wins. 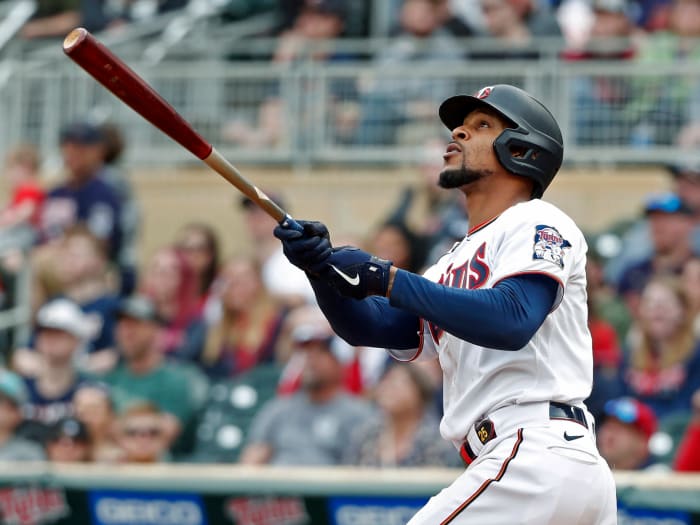 Except here we are, two months into the 2022 campaign, and a team two decades removed from its last postseason series win does not appear ready to strip things down to the bones and start over again. In fact, these Twins might actually be good.

After winning back-to-back division titles in 2019 and ’20, the Twins were perhaps ’21’s most disappointing team. Pitching issues were the headline of where things went wrong, but the whole operation was basically one giant misfire. Rather than reenter the group of rebuilding clubs—a collection of teams that seemingly grows each season—the Twins made shrewd moves to retool. So far, they have paid off.

A flurry of trades just before the season saw Josh Donaldson, Mitch Garver and others depart, with Sonny Gray, Gary Sánchez and Gio Urshela arriving in return. Not all have thrived, but the moves themselves signaled a larger vision that many franchises with a similar profile (and payroll) so often tend to avoid: trading big league players for big league players, rather than opt for a perpetual refresh of the farm system.

Going back even further, the deadline deal that sent Cruz to Tampa Bay netted the Twins Joe Ryan, who so far has been the staff ace. The Rays are lauded for their pitching development—and their reputation for fleecing teams in trades has become its own meme—but they seem to have miscalculated in letting Ryan go for what ended up being a rental bat. Ryan has cranked up his slider usage this season to great effect, limiting opposing hitters to a .200 batting average against with a 32.7% whiff rate and no home runs allowed. He’s allowed just 0.62 home runs per nine innings despite being a fly ball pitcher.

That figure might see some regression, but it shouldn’t be too stark, as Ryan has been able to reliably limit hard contact thus far. Even if the righthander does see his production wane a bit from his hot start, the fact that the Twins were able to snag a productive starter with six more years of club control is an unmitigated win for the front office. 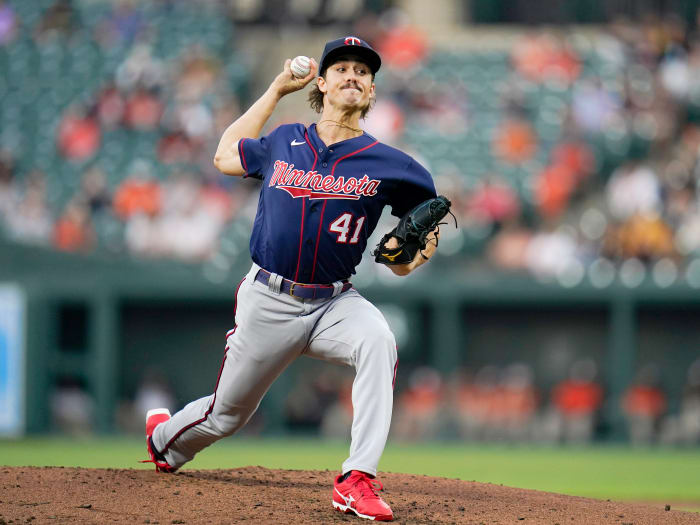 The crown jewel of the offseason, Carlos Correa, likewise falls into the creative restock category. While the other big-name shortstops of the most recent free-agency class all signed long-term deals for six years or more, the Twins lured Correa to town on a three-year contract, with opt-outs after each of the first two years. Correa hasn’t hit like his old self, but his underlying metrics—particularly a .507 expected slugging percentage and 9.9% barrel rate—suggest it’s only a matter of time before his bat gets hot.

Of course, perhaps no player represents the renewed hopes for the Twins than Byron Buxton. Minnesota tripled down on its oft-injured but undeniably great star by signing him to a seven-year, $100 million contract extension. The 28-year-old has been productive despite a .194 BABIP that’s sure to positively regress back to his .309 career mark over time, but the only Buxton stat Twins fans should concern themselves with is the amount of times he’s able to take the field. Buxton has already amassed 119 plate appearances in his team’s 42nd game. It took a whopping 130 Twins games for Buxton to reach that mark a season ago, and he hasn’t played 90 games in a season since 2017.

Sign up for the Five-Tool Newsletter to get all our MLB coverage in your inbox every Friday during the 2022 season.

Individually, none of the moves the Twins have made over the past 10 or so months appeared to be impactful enough to undo the nightmare that was 2021. But collectively, they paint a clear vision from the franchise decision-makers: bottoming out and rebuilding was not on the table.

From 2012 to ’17, the Twins had five picks in the top six of the draft. The first of those was Buxton, who went No. 2 a decade ago. Last year’s face-plant could have preceded another such stretch. The fact that it didn’t might not bring an end to Minnesota’s October woes. But in an age when the number of teams actively passing on trying to contend continues to climb, the Twins’ doubling down in creative ways is, at the very least, a refreshing change of pace. At most, it’s a blueprint for other clubs facing similar situations.

More MLB Coverage:
• Lessons of a Life Well Lived: My Friendship With Roger Angell
• Nobody Did It Better Than Roger Angell
• MLB Power Rankings: Dodgers, Yankees Flip-Flop at the Top
• Five-Tool Newsletter: Thank You, Joe Panik
• Albert Pujols Is Having the Time of His Life