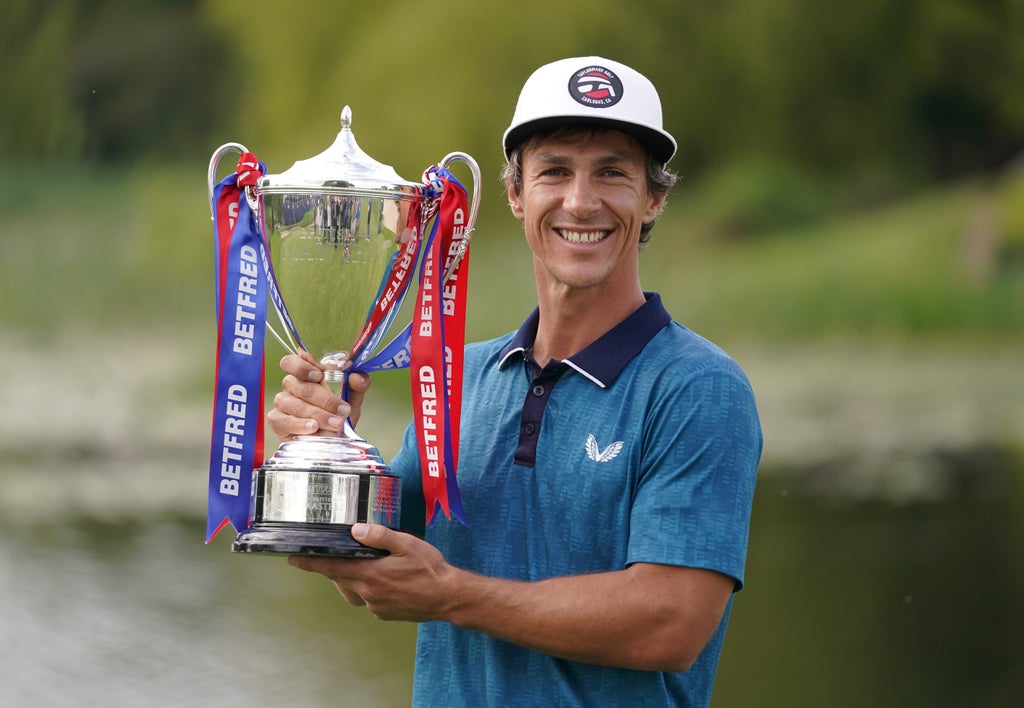 An emotional Thorbjorn Olesen fought back tears after winning the British Masters in barely believable fashion at The Belfry.

Five months to the day after being cleared of sexually assaulting a woman on a flight from the United States, Olesen finished eagle-birdie for the second day in succession to snatch an unlikely victory from the jaws of defeat.

The former Ryder Cup winner took a three-shot lead into the final round but struggled with a hook all day and was four over par after 16 holes.

With Sebastian Soderberg in the clubhouse on nine under, Olesen needed to play the last two holes in two under just to force a play-off, but went one better by holing from 28 feet for an eagle on the 17th and 35 feet on the last.

“It’s been a long time since I won and it’s been some tough years but luckily I had some great people around me, especially my partner Lauren,” said Olesen, who was cleared on December 8 last year of sexually assaulting a woman on a British Airways flight in July 2019.

The 32-year-old claimed he turned into an “automaton” and was not in control of his body after drinking and taking prescription-only sleeping pills before a flight from Nashville to London, following a tournament in Memphis.

“It’s been extremely hard, really tough and that’s why this one feels really special to me,” added Olesen, who was ranked 62nd in the world at the time of the incident but started the week 376th.

“You sometimes feel that you’re never going to win again, even play again and I think that was really tough to go through. Standing here after a lot of hard work and belief to win again really means so much.

“It gives me loads of confidence which in this game is so important, especially with the finish I had.

“The other wins have been slightly different; this one, even though I was ahead, I came from behind the last few holes and holing two putts like that was amazing.

“It was obviously a pretty tough day and hit a lot of shots to the left. I was really struggling. I somehow just kept going, and yeah, what a finish. Incredible.

“Standing on 17, I’m thinking I can make birdie-birdie and maybe get into a play-off. But obviously when I got the chance on 17, I prefer to take that. 18 is a tough hole, so par is a good score obviously. I just gave it everything.”

Richie Ramsay had earlier looked set for victory when he birdied the 17th to reach 10 under, only for the 38-year-old Scot to find the water in front of the green with his approach to the 18th and run up a costly double bogey.

“I played really steady, mentally was very, very good,” Ramsay said. “But, ultimately, you don’t get the job done and that’s what matters. It’s probably the biggest kick in the teeth you are going to get in my career.

“It was just a horrible yardage and I didn’t fully commit as I was aiming to ride it on the wind and I just duffed it. I executed so many shots under pressure. It was just that last one – probably thought too much about it.

“I did everything right bar one shot and it was the one shot that killed me.”

Ramsay finished in a tie for third with compatriot Connor Syme and South Africa’s Justin Walters, Syme having made a hat-trick of birdies from the 15th in his 70.