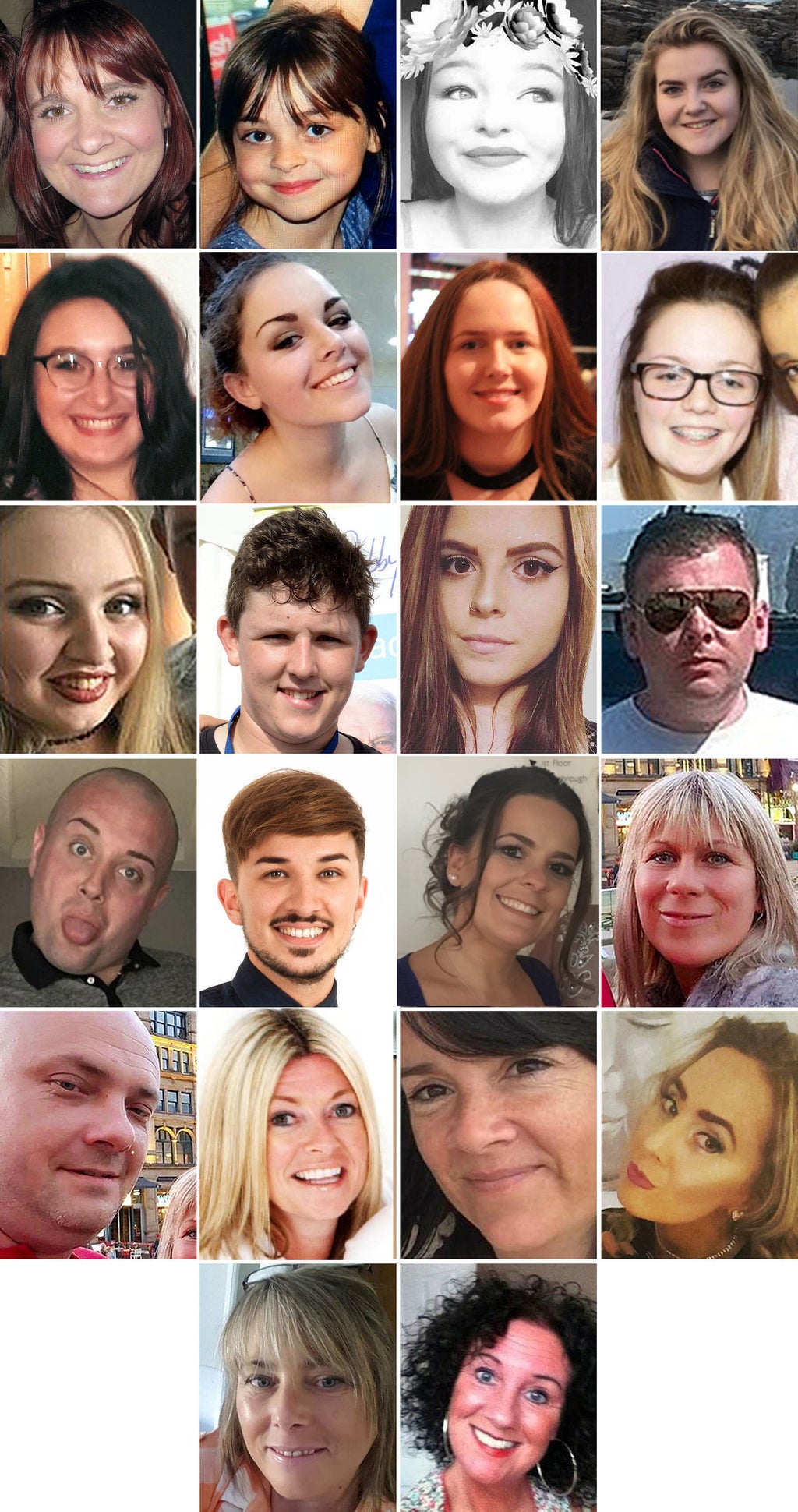 urvivors of the Manchester Arena terror attack and Mayor Andy Burnham are among those marking the fifth anniversary of the tragedy before running a 10km race through the city.

More than 20,000 racers in Sunday’s Great Manchester Run are applauding the 22 victims ahead of the starting pistol, while church bells will toll at 10.31pm – the time a bomb was detonated at the Ariana Grande concert on May 22 2017.

The day will be the first time in three years that people in Manchester can mark the anniversary free of coronavirus restrictions.

Freya Lewis (left), with Jenny Grant (right), a nurse who helped with her injuries, speaking at a service to celebrate the 70th anniversary of the NHS at Westminster Abbey in July 2018 (Tolga Akmen/PA) / PA Archive

Freya Lewis, 19, who learned to walk again after suffering multiple injuries, fractures and burns at the bombing, will be racing for the Royal Manchester Children’s Hospital Charity who saved her life.

Ms Lewis, who used a wheelchair for three months and whose best friend Nell Jones, then 14, was killed in the attack, has raised more than £67,000 with her family since the attack.

Also raising money for hospitals in the city, Greater Manchester Mayor Mr Burnham will be running with a team of NHS staff.

The Labour mayor said in a tweet: “Five years ago, I visited MRI and Wythenshawe Hospital after the Arena bomb and saw the dedicated care NHS staff gave to victims.

“Five years on, I’m doing the #GreatManchesterRun for @MFT_Charity to show we appreciate everything they did then and since.”

Organisers of the event have said that model Ferne McCann will be running, along with the Coronation Street actors Adam Blease, who plays Dirk, and Sally-Anne Matthews, who stars as Jenny Bradley, for the Dogs Trust charity.

Remembrance services will also take place at the Glade of Light Memorial in the city centre, while bells at the nearby Manchester Cathedral will toll at 10.31pm, marking the time of the attack.

The Duke and Duchess of Cambridge officially opened the permanent memorial earlier this month.

Prime Minister Boris Johnson said the courage shown by people in Manchester in the days following the attack had “touched the world”, as he paid tribute to the victims.

He said: “Like the country my thoughts are with the victims, families and friends of all those affected by the cowardly attack on Manchester Arena five years ago today.

“This was an act of terrorism against the freedoms we all hold dear, but as the people of Manchester demonstrated so courageously in the days that followed, hatred will never win.

“The bravery and defiance shown by Mancunians touched the world and just as we remember all those taken from us, we must remember and celebrate that triumph of love and community.”

Half a decade ago, thousands of children and parents had enjoyed an Ariana Grande concert at the arena.

Manchester-born Salman Abedi, 22, surrounded by the throng of youngsters leaving the gig, exploded his shrapnel-packed rucksack bomb, sending thousands of nuts and bolts shredding everything in their path.

Along with the 22 bystanders killed, six of them children, hundreds more were injured.