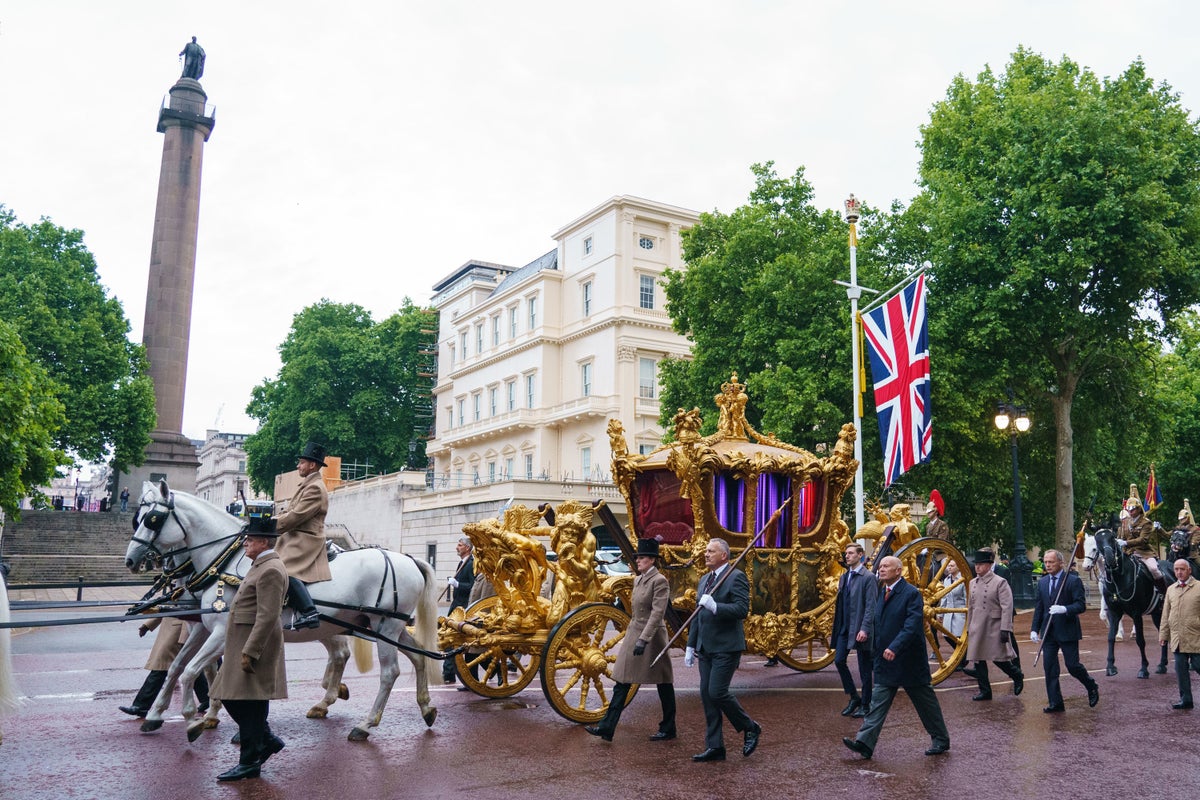 ere is a rundown of what will happen as the nation pays tribute to the Queen’s 70 years as sovereign during the Platinum Jubilee weekend.

10am – The Queen’s Birthday Parade – Trooping the Colour – begins.

10.30am – Members of the royal family leave Buckingham Palace for the parade ground.

The military spectacle, broadcast on BBC One, will be followed by a balcony appearance by the Queen, it is hoped, plus key royals including the Cambridge children, to watch a special flypast.

9.25pm – Members of the royal family arrive to watch the lighting of the principal beacon at the palace – a 21-metre Tree of Trees sculpture.

More than 3,000 beacons are being lit across the UK and the Commonwealth.

11am – The royal family begin to arrive for a service of thanksgiving at St Paul’s Cathedral.

12.25pm – Members of the royal family attend a Guildhall reception hosted by the Lord Mayor.

The Duke and Duchess of Sussex’s daughter Lilibet celebrates her first birthday.

Senior royals tour the UK, with the Duke and Duchess of Cambridge visiting Cardiff Castle to meet stars ahead of a jubilee concert, the Princess Royal taking part in an animal-handling session at Edinburgh Zoo and the Earl and Countess of Wessex travelling to Northern Ireland.

4.30pm – The Epsom Derby takes place. Avid racegoer the Queen is no longer planning to attend, although members of the royal family are expected to be there.

A guard of honour made of up to 40 of the Queen’s past and present jockeys is due to line the course.

7.40pm – Royals arrive at the BBC’s Platinum Party at the Palace concert.

8pm-10.30pm – The open-air show in front of the palace, featuring stars including Queen + Adam Lambert, Alicia Keys, Duran Duran and Diana Ross, is broadcast live on BBC One from 7.30pm.

Street parties and Big Jubilee Lunches are staged across the country

The Prince of Wales and the Duchess of Cornwall join a flagship feast at The Oval cricket ground in south London, while Edward and Sophie meet people creating the “Long Table” down on The Long Walk leading up to Windsor Castle.

2.30pm-5pm – The Jubilee Pageant, also being shown on BBC One, takes place in central London, with a 3km carnival procession featuring a cast of thousands including puppets, celebrities and tributes to the seven decades of the Queen’s reign.

It will move from Horse Guards, along Whitehall to Admiralty Arch, and down The Mall to the Palace.

The finale will feature Ed Sheeran performing and singing the national anthem with close to 200 national treasures in front of the Queen’s official residence.

It is hoped the Queen will make a balcony appearance as the festivities come to a close.