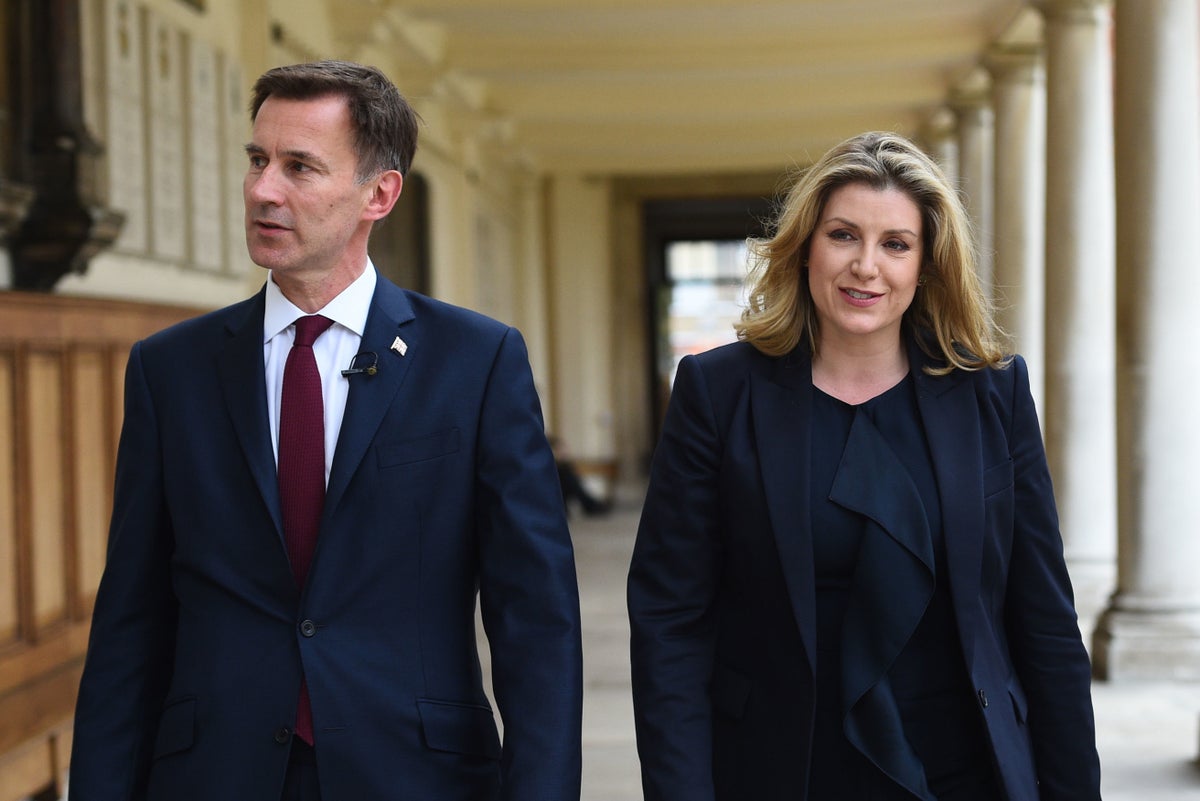 These are the likely contenders.

The Foreign Secretary has made little secret of her leadership ambitions, with a series of high-profile interventions and photo opportunities in which she appeared to be channelling Margaret Thatcher.

Her hard line on Ukraine, insisting Russian forces must be driven from the country, and threats to tear up the Northern Ireland Protocol with the EU play well with sections of the party.

Popular with grassroots party members, she has been cultivating support among MPs, reportedly hosting potential backers for “fizz with Liz” in her Commons office earlier this year.

Untainted by office during the past three years, the former foreign secretary and ex-health secretary is widely expected to make a fresh bid for the leadership if there is a contest, having been runner-up to Mr Johnson in 2019.

While he has suggested this is not the time for another leadership election, he will know that he may never get another opportunity if he does not run.

As chairman of the Commons Health Committee, he has used his position to make a number of critical interventions on the Government’s handling of the pandemic, although his strong support for lockdown measures will not have pleased all Tory MPs.

For a long time, the Chancellor seemed the likely favourite in any leadership contest after he turned on the spending taps to protect jobs through the furlough scheme when the pandemic struck.

However his stock has taken a tumble more recently following disclosures that his wife had non-dom status for tax purposes and he held on to his US green card while serving in Government.

He has also come under fire both for high levels of taxation and for being slow to respond to the cost-of-living crisis, although supporters will hope his latest £21 billion support package will finally put to bed criticism on the second point.

The trade minister has emerged as a surprise potential contender with allies touting her as a “unity candidate” who could heal the party’s divisions.

Having played a prominent role in the Leave campaign in the 2016 Brexit referendum, she was viewed as paying the price for backing Mr Hunt in the 2019 leadership contest when one of Mr Johnson’s first acts on entering No 10 was to sack her as defence secretary.

She reportedly has the backing of Dame Andrea Leadsom, another committed Brexiteer, whose intervention last week strongly criticising the Prime Minister is thought to have helped tip some MPs into submitting letters.

The Defence Secretary has won admirers in Westminster for his straight-talking and straightforward approach, particularly among Tory MPs who pressed for the UK to increase its defence spending. although cuts to the size of the Army remain a cause for concern.

Mr Wallace, who served in the Scots Guards, remains a key voice in the UK’s response to Russia’s renewed invasion of Ukraine and this increased exposure could assist any leadership bid.

The chairman of the Foreign Affairs Committee became the first to announce his intention to stand for leader should Mr Johnson be turfed out – with his declaration having been made in January.

A Remainer in 2016, the former soldier has been a trenchant critic of Mr Johnson – a stance that would appear to have cost him any chance of ministerial preferment under the current leadership.

He recently sought to distance himself from a call by his fellow Remainer, Defence Committee chairman Tobias Ellwood, for the UK to rejoin the EU single market.

The Education Secretary is seen by some as a “safe pair of hands” if other candidates such as Ms Truss prove too divisive.

A successful businessman, he came to wider prominence as vaccines minister during the pandemic and was credited with playing a key part in the successful rollout of the jab.

Born in Iraq to a Kurdish family, he came to the UK as a nine-year-old when his parents fled the regime of Saddam Hussein.