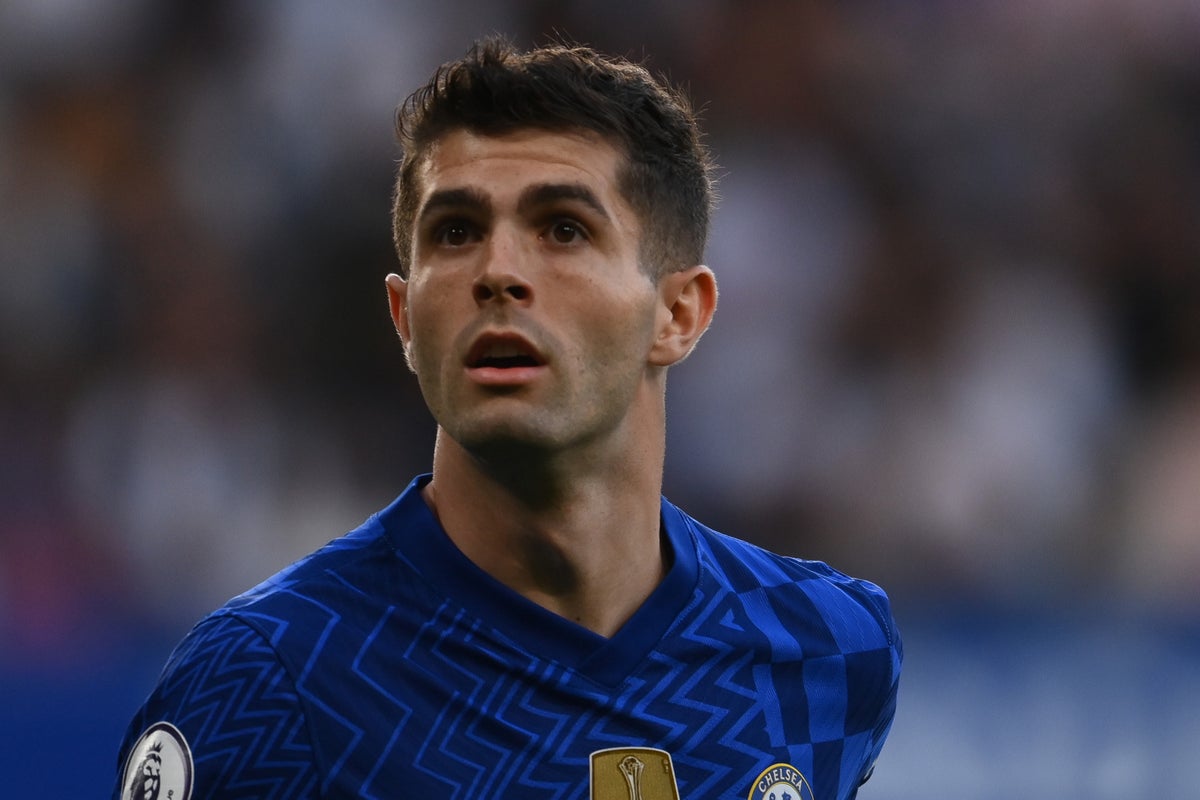 We are just four days away now from the summer transfer window officially opening for business as the rumour mill kicks into high gear ahead of a busy few months.

Arsenal are facing a potential battle to land Gabriel Jesus from Manchester City, while they continue to chase Leicester midfielder Youri Tielemans and are vying with West Ham to sign Oleksandr Zinchenko.

Elsewhere, the wantaway Robert Lewandowski could stage a holdout at Bayern Munich, while Barcelona want to sign Mo Salah and Raphinha.

Follow all the latest transfer news LIVE with Standard Sport’s blog below!

Zinchenko had put discussions over his future on hold until now, with his full focus being on Ukraine’s push to qualify for the World Cup.

They were beaten in their play-off final by Wales yesterday and now clubs are hoping to learn what the 25-year-old’s next move will be. Arsenal and West Ham are both interested in Zinchenko, who has struggled to secure a starting spot at the Etihad.

Both sides are attracted to the idea of the Ukrainian being able to play in midfield or at left-back, with City unlikely to stand in his way if he demands a move.

Staying with Liverpool, could the Reds potentially swoop for Christian Pulisic?

The American has played only a minor role for Chelsea under Thomas Tuchel this season, with a tweet from his father not helping matters.

Pulisic recently admitted that he wanted more playing time next season, and now German publication Bild report that Liverpool are interested in a deal for the former Borussia Dortmund star.

Liverpool are rivalling Manchester United for the signing of Darwin Nunez.

Benfica’s Uruguayan marksman is on the transfer radars of several top clubs around Europe after notching 34 goals in 41 appearances this season.

United are known to be admirers of Nunez, who was a target for West Ham on deadline day in January and has also been linked with Real Madrid.

Now The Times say that Liverpool have a concrete interest in the 22-year-old striker, who is believed to be valued by Benfica at around the £68m mark.

Fabrizio Romano also has an update on the Sadio Mane saga this morning.

The Italian transfer guru reports that the player is ready to settle on personal terms with Bayern, with no issues expected on that front.

However, he confirms that there is no agreement on a fee between the two clubs, with talks to continue over the coming days.

Can they reach a swift resolution, or will this be a storyline that drags on throughout the summer? Time will tell…

Liverpool have rejected Bayern Munich’s opening offer for Sadio Mane, according to reports.

The Times claim that the Bundesliga giants have submitted a bid worth £21m – plus £4m in add-ons – as they try to sign the Senegalese star as a replacement for Robert Lewandowski.

However, that opening salvo has been rebuffed by the Reds, who evidently want a higher fee for a key asset set to be out of contract next summer.

Robert Lewandowski could supposedly stage a holdout at Bayern Munich this summer.

The Polish goal machine has made his desire to depart the reigning Bundesliga champions crystal clear as he seeks a new challenge after eight years and as many top-flight titles.

Bayern understandably don’t want to lose Lewandowski, who has scored an incredible 344 goals for the club in 374 total appearances.

The 33-year-old has another year remaining on his contract at the Allianz Arena, but, according to Sport1 in Germany, has now told Bayern that he does not intend to turn up for pre-season training.

Barcelona and Chelsea have been linked with Lewandowski, with Bayern trying to line up Liverpool star Sadio Mane as his replacement.

That is according to the Manchester Evening News, who claim that Ajax star Jurrien Timber remains Erik ten Hag’s No1 defensive target at Old Trafford this summer.

However, detailed discussions have been held with Carmo as a contingency plan, with the Portuguese youth international said to be keen on a move to the Premier League.

On the other side of north London, Tottenham are reportedly pressing ahead with their latest transfer move.

Having already agreed to sign Ivan Perisic and Fraser Forster, Antonio Conte and Fabio Paratici now have Djed Spence in their sights.

The Daily Express report that Spurs will firm up their interest in the highly-rated full-back, 21, who was instrumental in helping Nottingham Forest to end their 23-year exile from the Premier League via the play-offs while on loan from Championship rivals Middlesbrough.

Tottenham are said to be confident of beating Forest to a permanent deal for the defender worth around £15m.

A potential snag on the Gabriel Jesus to Arsenal front.

The Gunners have made Manchester City’s Brazilian frontman their top striker target this summer as Mikel Arteta hopes to significantly bolster a forward line now missing both Alexandre Lacazette and Pierre-Emerick Aubameyang.

Arsenal were believed to have stepped up their bid for Jesus, but could now face competition from both Atletico and Real Madrid.

Cadena Ser journalist Anton Meana reports that both clubs have been offered the chance to sign the 25-year-old, who is entering the final year of his contract at the Etihad.

Jesus is reportedly demanding a huge salary worth in the region of £4.3m.

What a move this would be.

The Express claim Liverpool are keen on Chelsea star Mason Mount and have opened a dialogue in regards to signing the England star.

Contract talks at Stamford Bridge are said to have stalled amid all of the turmoil off the pitch with both Manchester City and Jurgen Klopp’s side eager to test Chelsea’s resolve.