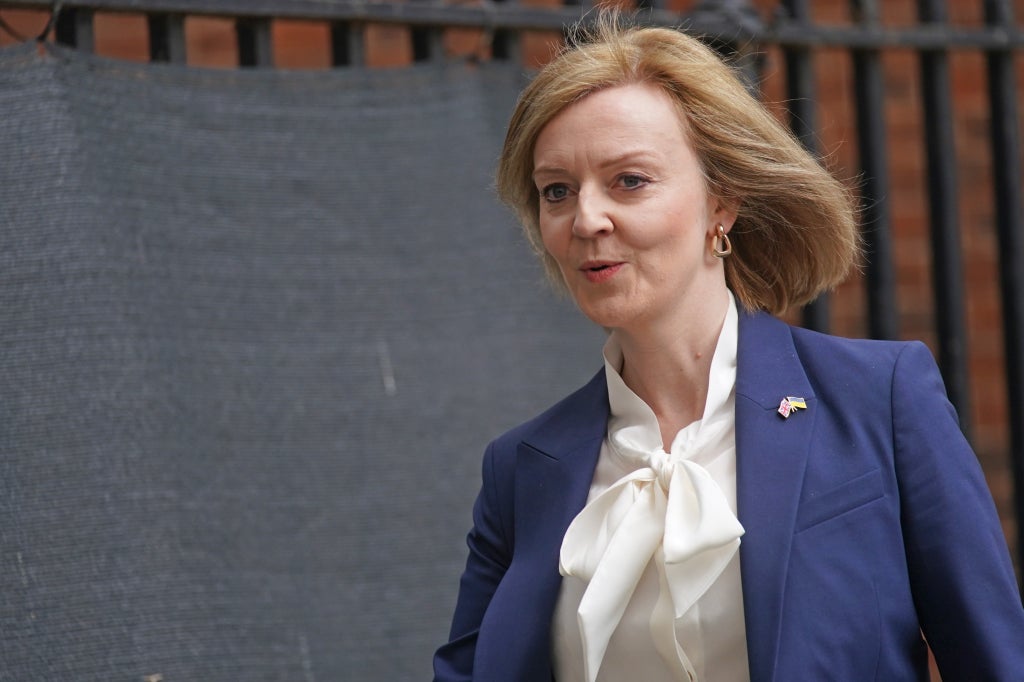 he Foreign Secretary has revealed she wants to see Ukraine’s neighbour Moldova “equipped to Nato standard” to guard it against potential Russian aggression.

Liz Truss said the UK is discussing the prospect with its allies, given Vladimir Putin has been “clear about his ambitions to create a greater Russia”.

In an interview with The Telegraph, the Foreign Secretary said the aim is to ensure Ukraine is “permanently able to defend itself”, and this also applies to other “vulnerable states” such as Moldova, which is not a Nato member.

How do we ensure that there is deterrence by denial, that Ukraine is permanently able to defend itself and how do we guarantee that happens?

“What we’re working on at the moment is a joint commission with Ukraine and Poland on upgrading Ukrainian defences to Nato standard,” she said.

“So we will scope out what that looks like, what the Ukrainians need. The question then is how do you maintain that over time?

“How do we ensure that there is deterrence by denial, that Ukraine is permanently able to defend itself and how do we guarantee that happens? That’s what we are working on at the moment.

“And that also applies to other vulnerable states such as Moldova. Because again, the threat is broader from Russia, we also need to make sure that they are equipped to Nato standards.”

Pressed on whether she wants to see Western weaponry and intelligence provided to Moldova, Ms Truss said: “I would want to see Moldova equipped to Nato standard. This is a discussion we’re having with our allies.”

Asked if this is because Russia poses a security threat to Moldova, she said: “Absolutely. I mean, Putin has been clear about his ambitions to create a greater Russia.

“And just because his attempts to take Kyiv weren’t successful doesn’t mean he’s abandoned those ambitions.”

The Telegraph cited an aide as saying “Nato standard” would involve members of the alliance supplying modern equipment to replace gear from the Soviet era, and providing training in how to use it.

It comes as the Prime Minister spoke to Turkey’s president Recep Tayyip Erdogan about the global response to the conflict in Ukraine.

Boris Johnson emphasised that Finland and Sweden would be valuable additions to the Nato alliance, No 10 said, after Mr Erdogan said he opposed their accession – accusing the pair of not taking a “clear stance” against groups his country perceives to be terrorists.

A Downing Street spokesperson said Mr Johnson encouraged Turkey’s president to work with Swedish, Finnish and Nato counterparts to address any concerns ahead of the alliance’s summit in Madrid in June.

The leaders shared their “deep concern” at ongoing Russian aggression against Ukraine and its “far-reaching consequences for the security and stability of the Euro-Atlantic region and wider world”, No 10 said.

The spokesperson added: “The Prime Minister welcomed Turkey’s leading role in addressing the crisis, and they agreed to work together to unlock vital supply routes for Ukrainian grain stocks and alleviate rising global food prices.

“The Prime Minister and President Erdogan looked forward to meeting in person at the earliest opportunity.”