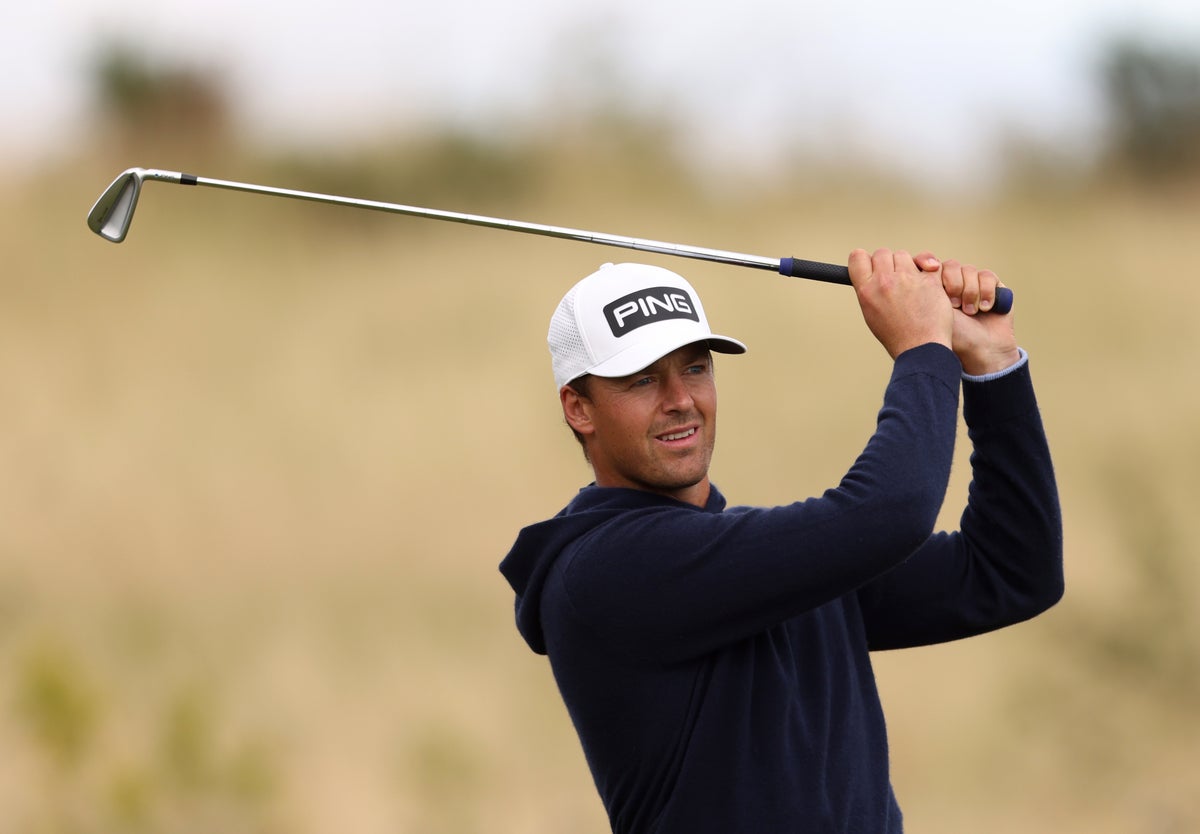 Victor Perez hailed “a bit of magic” after defying the odds to beat Ryan Fox on the fourth hole of a sudden-death play-off to win the Dutch Open.

However, the 35-year-old New Zealander drove into a water hazard on the 18th, missed the green with his approach and duffed his fourth shot into a greenside bunker to run up a double-bogey seven.

Playing two groups behind, Perez holed from 35 feet for birdie on the 17th to move into a share of the lead on 13 under par and hit a superb approach into the last, but missed from seven feet for a winning birdie.

The players returned to the par-five 18th and Perez had to hole from 15 feet to match Fox’s birdie on the first extra hole, with neither player able to make birdie at the second attempt.

Fox again had one hand on the trophy on the third extra hole when he found the green in two and set up a tap-in birdie, only for Perez to hole from 30 feet to stay alive.

And Perez then rubbed more salt into the wound when the action switched to the par-three 17th, the Frenchman holing another long-range putt for birdie before a shellshocked Fox missed his.

“There’s a fair amount of fortune, I’ve got to be honest with myself, holing all those long putts in the play-off,” Perez told Sky Sports.

“It’s hard to put into words because it’s a long day and Ryan was flying for a while. We didn’t even really think we had a chance.

“Coming down 16 I knew I probably had to birdie the last three and James (his caddie) told me don’t look up at the leaderboard. I holed the putt on 17 and the play-off was just a bit of magic.

“I just tried to focus on me all day – that’s all I can do. I was trying keep a champion mindset and hit good shots and the chips were going to fall where they fall.

“It’s almost impossible to predict what’s going to happen in golf, guys come out of nowhere and win tournaments, guys take huge leads. You just have to focus on you and not look at the boards and I was just fortunate to fall on the good side today.”

Perez, Fox and Adrian Meronk – who finished a shot outside the play-off – secured the three places on offer at St Andrews for the 150th Open Championship via the Open qualifying series.

Meronk’s closing 68 included a remarkable par save on the eighth, the Pole taking off his shoes and socks to wade into the water surrounding the green.

Meronk did well to splash his second shot on to the green and then holed from 45 feet for an unlikely three.

England’s Matt Wallace, who began the day tied for the lead with Perez, carded a closing 72 to share fifth place with Sweden’s Sebastian Soderberg.