We all know the saying. Opinions are like assholes; everybody has one and they usually stink. But I am feeling particularly fragrant today.

If you haven’t already dialled into Scott and John’s excellent podcast awards, then hunker down with your turkey sandwiches, crack open another bottle of red, and get involved in the comments across these 10 categories.

2022 saw Jesse Rodriguez take the scalps of former world champions Carlos Cuadras, Srisaket Sor Rungvisai as well as a convincing title defence against Israel Gonzalez – and none of these victories were flukes or controversial.

What initially started as a standard appearance on an undercard in Arizona turned into a run of fights that has accelerated Bam into the running for numerous accolades at the close of the year, as well as a spot in the Bad Left Hook pound-for-pound top ten.

That’s three big wins after a last-minute jump up to super-flyweight all whilst still posting selfies of himself in his bedroom like the protagonist from a 90s chick flick.

This juxtaposition of a big-punching assassin in the ring versus his boyish charm outside of it is enough to twist my arm in awarding him the MALE FIGHTER OF THE YEAR.

The Texas southpaw agrees. “I believe I am fighter of the year,” he told Bad Left Hook in a brief exchange. “I moved up two weight classes in 2022 and started the year as a prospect. Now I am world champion at 22.”

I’m not going to argue with him. At least not inside the ring.

With two wins on British shores in 2022, I guess I’ve been exposed to the self-proclaimed “GWOAT” more than usual this year.

But I’ll have to admit, I didn’t expect to feel the way I did when she walked into the O2 Arena to headline against Savannah Marshall.

“The champ is here,” echoed throughout east London and her choreographed dance routine emphasized her superstar status in the sport and unbreakable confidence. It was a special moment before a special fighter put on one of the performances of the year.

Shields avenged the only blemish on her boxing resume by comfortably beating her long-standing rival Savannah Marshall on points and – if you care about these kinds of things – became the first-ever three-time undisputed champion in the multi-belt era.

She edges Natasha Jonas, Chantelle Cameron, and Alycia Baumgardner to the prize in what has been a stellar year for the growth of women’s boxing.

FIGHT OF THE YEAR: Katie Taylor vs Amanda Serrano 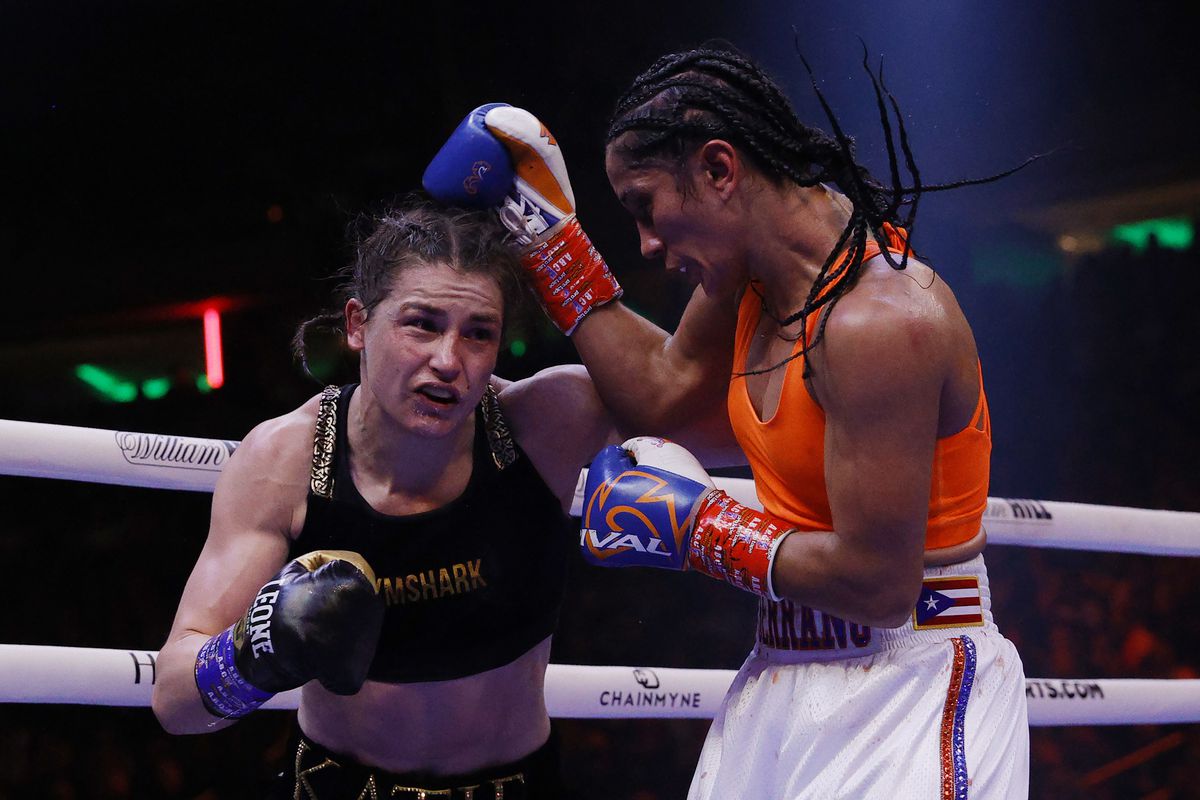 Much like Juan Francisco Estrada and Roman Gonzalez did in 2021, Katie Taylor and Amanda Serrano put on a non-stop slug-fest in which it was near impossible to pick a convincing winner.

Two trailblazers of the women’s code headlined a sold-out Madison Square Garden for all the marbles at lightweight and the 10-rounder didn’t come close to disappointing.

No one in attendance was given a second to catch their breath throughout the pulsating 20 minutes and the fight was rubber-stamped in the final stanza seeing 142 punches thrown in the final two-minute round.

This instant classic paves the way for a rematch in 2023, possibly, as the winner, in Taylor’s Ireland, and there won’t be anyone who witnessed the first encounter that wouldn’t be happy for a second installment.

Taylor won the argument on the night but there were no losers inside the Garden – the biggest winner was women’s boxing as a whole.

PERFORMANCE OF THE YEAR: Dmitry Bivol vs Canelo Alvarez

Despite Canelo Alvarez fighting out of his comfort zone and weight class, he was still a massive favourite to beat Dmitry Bivol back in May.

But Bivol wasn’t willing to succumb to the narrative building inside the T-Mobile Arena and put on the performance of his career to retain his light-heavyweight strap.

Bivol’s victory over Canelo turned the sport on its head. The Mexican star hadn’t lost since way back in 2013 to Floyd Mayweather and was beginning to ride roughshod up and down the divisions doing whatever he wanted.

Bivol paid credence to the saying that a “good biggun beats a good littlen” by controlling the distance with his vicious jab and countering anything that Canelo threw with spite. This control and execution in the biggest fight of his career is well deserving of the Performance of the Year.

KNOCKOUT OF THE YEAR: Joe Cordina vs Kenichi Ogawa

Joe Cordina wouldn’t have even dreamt his maiden world title challenge could go as well as it did.

Kenichi Ogawa travelled to Cordina’s backyard, unbeaten in a decade, to defend his IBF super-featherweight title, but within five minutes of the contest was laid motionless on his back after the biggest right hand of Cordina’s life.

The 30-year-old left the Japanese defending champion out cold and Ogawa needed a stool brought to the centre of the ring to allow him to recover.

It was that once-in-a-career perfect blend of timing, power and execution, as Cordina landed an instinctive haymaker on the button as Ogawa’s guard dropped. Cordina’s feint to the body opened the door and he walked straight through to see a world title waiting for him.

It’s the kind of knockout that you hear before you see – that crackle of leather on skin and the thud of arse on canvas seals the envelope on the KNOCKOUT OF THE YEAR.

TRAINER OF THE YEAR: Derrick James

For me, the full stop was put on this argument following Frank Martin’s impressive win over Michel Rivera the week before Christmas. Under James’ tutelage, Martin made Rivera look like an average fighter, and added to the trainer’s catalogue of wins in 2022.

Errol Spence’s stoppage of Yordenis Ugas back in April and Jermell Charlo’s rematch win over Brian Castano underline his efforts this year.

I must admit: I wasn’t high on Benn’s fight with Chris Eubank Jr when it was first made. But as we ticked closer to fight night, my childish mind turned to mush and I soon found myself rewatching the two Eubank-Benn fights from the early 90s to light a fire inside me.

It worked. I was set for a trip to the O2 Arena until news broke that Conor Benn had failed a drugs test in the run up to the catchweight contest.

But it wasn’t the cancellation of the fight that is worthy of the Moment of the Year, it’s the unforgivable attempts by all parties involved to brush any wrongdoing under the carpet and crack on with the contest as if nothing had happened.

It was a dark week for the sport that had many of us questioning why we put our trust in the supposed guardians of boxing. My attempts to explain in layman’s terms what was happening to casual onlookers was as difficult as it was sickening, as the news broke into the mainstream in the United Kingdom.

A Moment of the Year doesn’t necessarily have to be positive. And this week in boxing was, for me, without doubt the most memorable of the year.

UPSET OF THE YEAR: Hector Luis Garcia over Chris Colbert 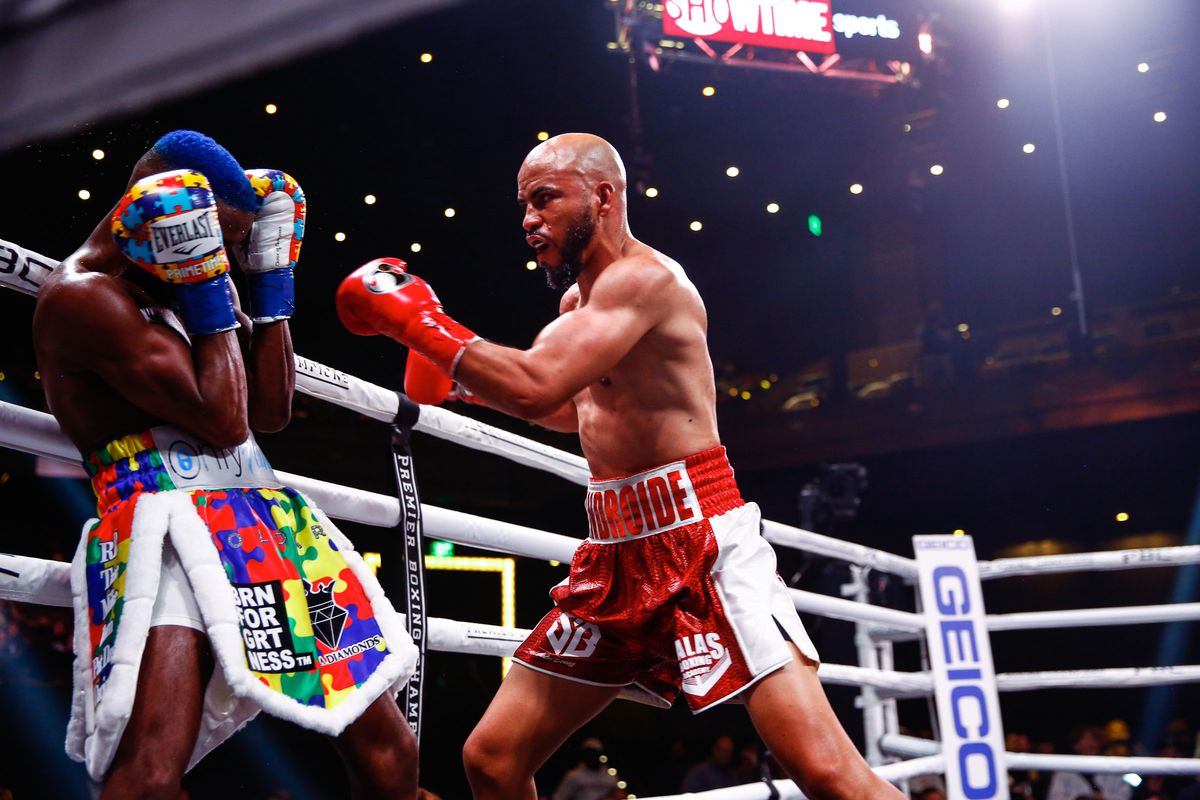 Partly due to the size of the shock in Las Vegas, but also due to the fairly quiet year 2022 was in underdogs biting.

The flashy Colbert was humbled convincingly by the unheralded southpaw, who went on to double his winnings by beating Roger Gutierrez – the fighter originally scheduled for Colbert – six months later.

There is still more to come from Colbert at 26, but the Brooklyn fighter will have to return quickly in 2023 in order to regain any momentum after running 16-0 at the start of his career.

“I always knew I just needed an opportunity,” Garcia said post-fight. “When I got it against Colbert, I made the most of it. Winning that fight changed everything for me.”

DISAPPOINTMENT OF THE YEAR: Spence vs Crawford and Fury vs Joshua

Not much needs to be said here.

Once again, boxing was its own worst enemy in 2022 by promising lots and delivering very little in terms of superfights.

We were teased by Errol Spence vs Terence Crawford and Tyson Fury vs Anthony Joshua on numerous occasions, only for both fights to fall through at the eleventh hour.

PROSPECT OF THE YEAR: Adam Azim 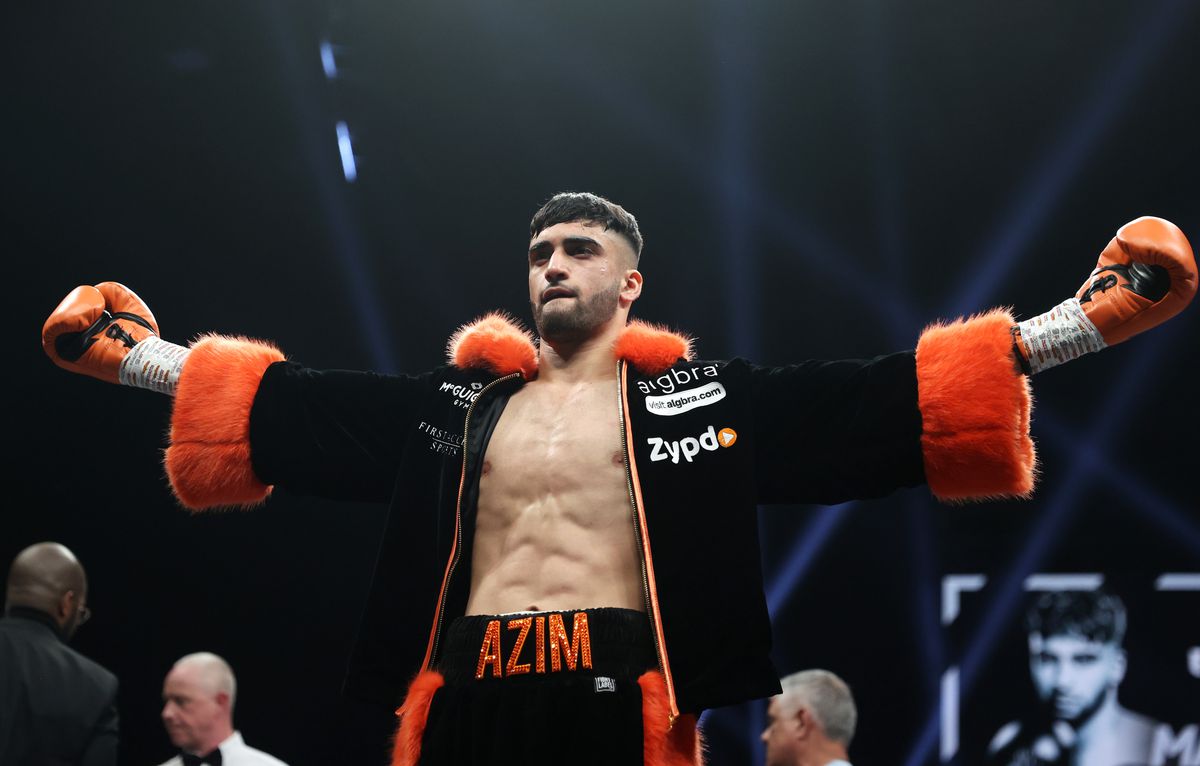 Signed by Boxxedr in 2021, Adam Azim is fast becoming one of the stars of the Sky Sports stable in the United Kingdom.

The 20-year-old won five fights by stoppage in 2022, drawing early comparisons to his hero Amir Khan, and his trainer Shane McGuigan is adamant that the Slough fighter is one of the best he has ever worked with.

The light-welterweight has concrete hands and lightning speed and has made short work of some experienced and schooled guys – notably Rylan Charlton – whilst racking up a record of 7-0. 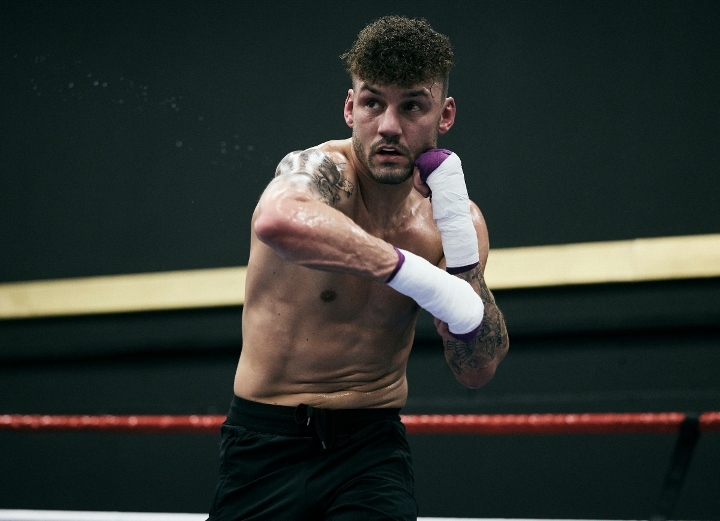 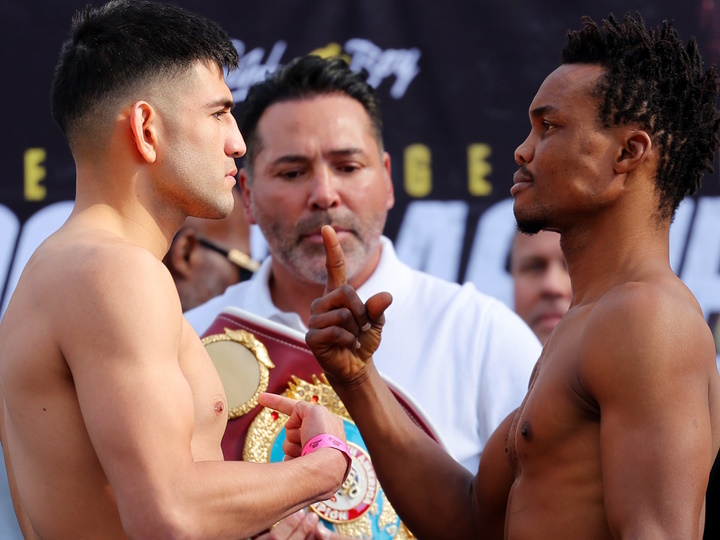