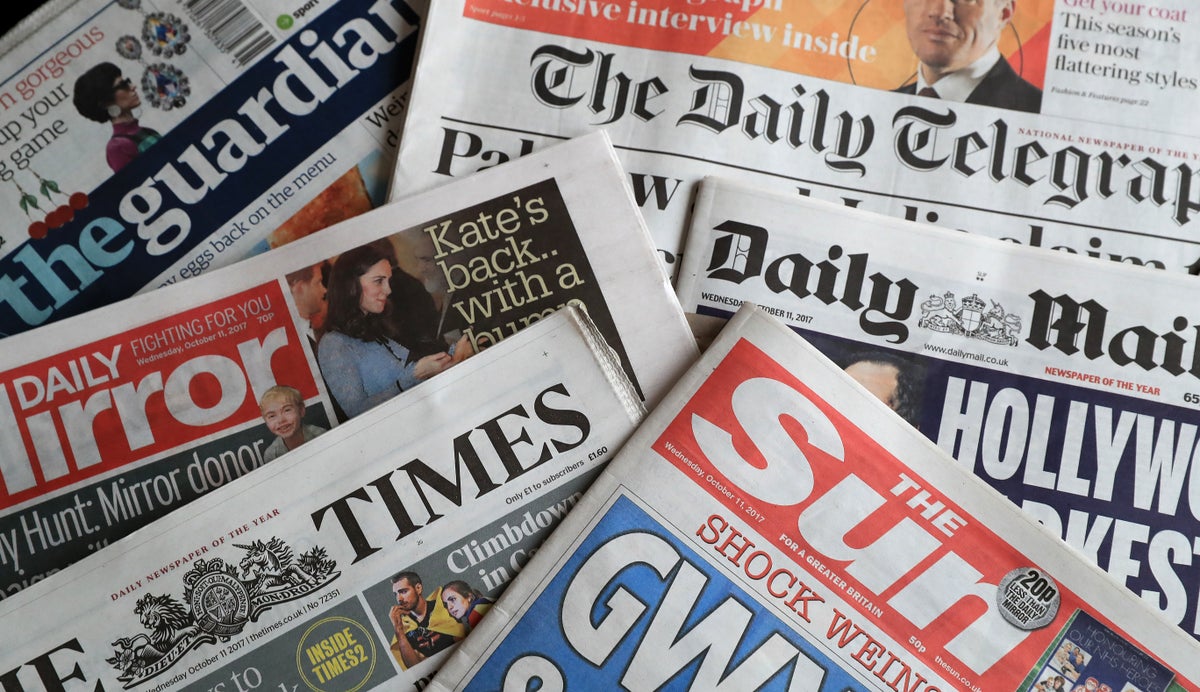 he papers commence the week with stories on the last of the long weekend’s festivities, Government machinations and wet weather.

The Daily Express, The Daily Telegraph, Daily Mirror and Daily Mail quote the Queen as saying in a surprise appearance from the Buckingham Palace balcony that her heart has been “with you all” through the celebrations.

Metro describes the moment in its headline as “Majical”, while The Sun says “Thank you, Ma’am” as it praises a “wonderful long weekend”.

The Times carries the Queen’s “unspoken” message that “this is the future of our monarchy”, with the paper featuring a photograph of the monarch along with her heirs on the balcony.

Meanwhile, The Guardian reports a confidence vote in the Prime Minister could be announced this week as allies of Boris Johnson appear braced for a test of his leadership.

Tory rebels have accused Government whips of blackmail and threats over the matter, according to the i.

The Independent features analysis showing dozens of prospective fossil fuel projects which qualify for tax relief on oil and gas investments could pump nearly 900 million tonnes of greenhouse gases into the atmosphere.

The Daily Star recalls the language of the Platinum Jubilee – “long to rain over us” – as it forecasts a “tropical washout” with the weather.

And the Financial Times reports initial public offering values have dropped 90% in Europe and the US due to inflation and the Ukraine war.