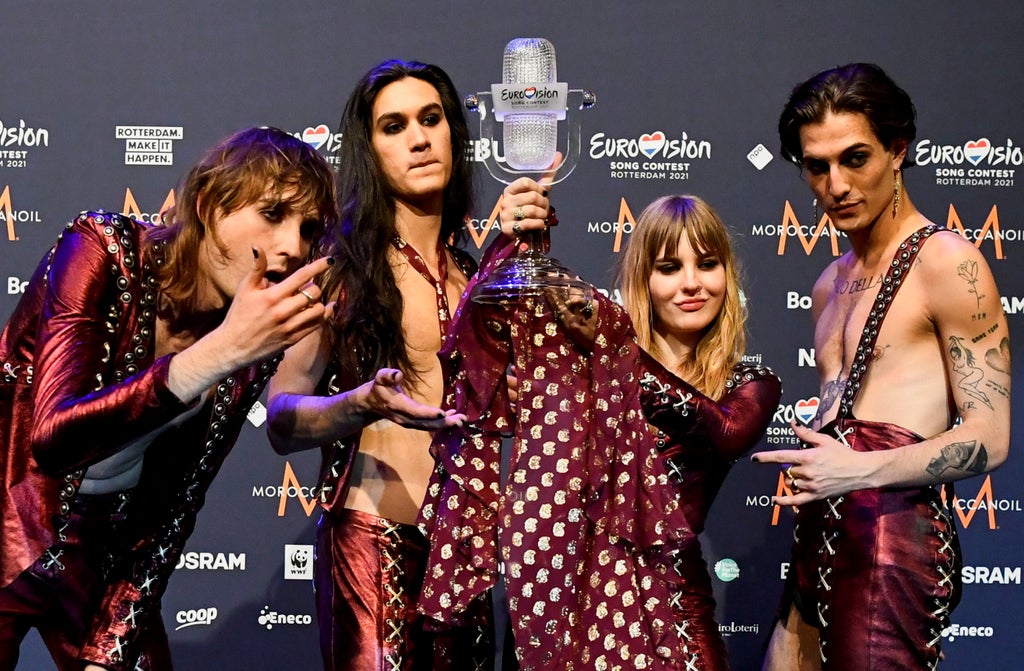 he Eurovision Song Contest (ESC) is just months away, and this year 40 countries are heading to Italy to take part.

Read on to find out more about when the contest is taking place and who will be representing the UK.

When is Eurovision 2022 and when will the final take place?

The song contest will start on Tuesday May 10, with the Grand Final taking placing on Saturday May 14.

Where is the Eurovision 2022 song contest taking place?

The event will be hosted in Turin, Italy following Italian rock group Måneskin’s victory in last year’s contest in Rotterdam.

It will be held in the Pala Olimpico (also known as Pala Alpitour), which is considered the largest indoor sporting arena in Italy and has become one of Italy’s most booked venues for large-scale concerts.

Who are the hosts?

This year, there will be 3 hosts of the Eurovision Song Contest.

They are Alessandro Cattelan, Laura Pausini and Mika.

The trio will host both Semi-Finals on Tuesday 10 and Thursday 12 May, as well as the Grand Final taking place on Saturday May 14.

Who will represent the UK?

He is one of the country’s most followed singers on TikTok, with 12 million fans on the app.

The singer picked up a huge social media following during the first lockdown after performing snippets of songs on TikTok.

His covers were noticed by the likes of Justin Bieber and Alicia Keys, and in 2020 he became the platform’s most viewed UK artist.

The BBC partnered up with TaP Music, the team behind British phenomenon Dua Lipa, to select Ryder to perform his song Space Man at May’s grand final.

Ryder’s performance will follow two consecutive years where the UK has placed last at Eurovision.

The last time the UK made the top ten in a final at Eurovision was in 2009 with the song It’s My Time by Jade Ewen.

However, Ryder says that he won’t let the “stigma or fear of coming at a certain place in a table stop me from doing something and being a part of something that I enjoy so much.”

UK Eurovision performances over the years – In pictures

Which countries can participate in Eurovision?

Participation in Eurovision is not linked to geographic location.

Participating countries are all active members of the European Broadcasting Union (EBU) who organise the contest every year. Primarily, active members are within the broadcasting region or member states of the Council of Europe.

Each country wishing to participate must pay a fee to the EBU and agree to the rules of the contest, which include their broadcast plans for the actual competition. Cyprus and Israel are EBU members – allowing them to enter Eurovision – and Australia applied for associate membership to the competition.

However, due to its invasion of Ukraine, the EBU has banned Russia from this year’s contest.

Which countries will be in the final?

Five countries will automatically qualify for the final.

The Big Five – formally the Big Four – make large financial contributions towards to EBU, who organise the contest, earning them a spot in the final without having to go through the midweek run.

Germany, France, Spain and the United Kingdom make up the Big Four, but they were joined by Italy when the country made its competition debut.

The rest of the countries have been allocated to one of the two Semi-finals to be held on 10 and 12 May.

The Grand Final will feature a total of 25 countries – 10 countries from each of the two Semi-finals and the Big Five.