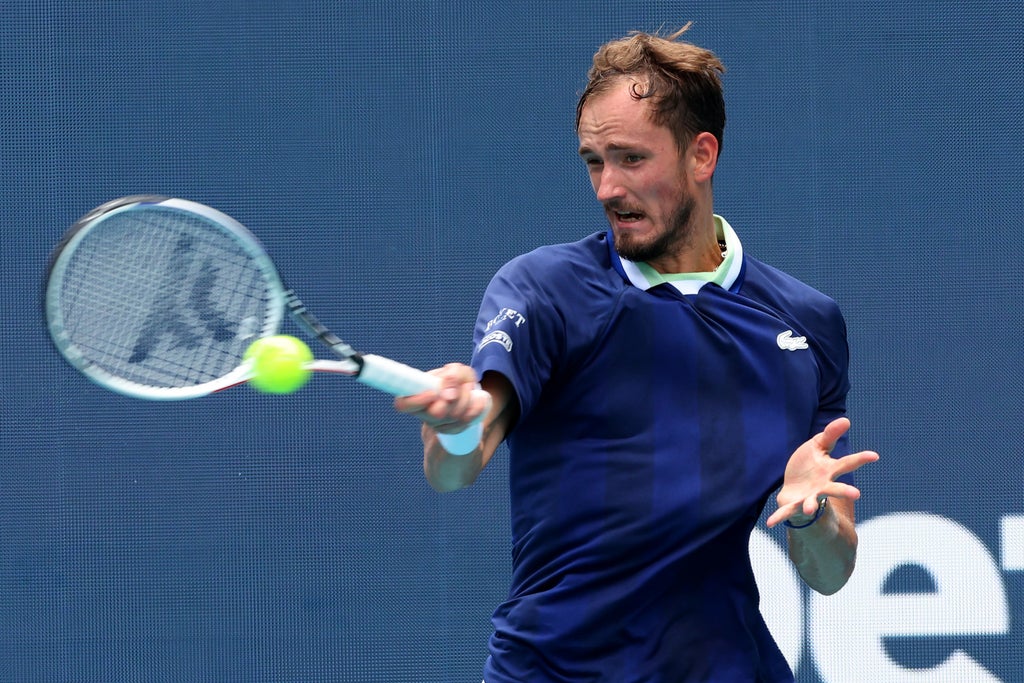 The ATP announced it would not be stripping ranking points from the grasscourt warm-up events in England at Queen’s and Eastbourne.

A decision over what to do with regards to points at Wimbledon has been delayed but, having laid the marker over Queen’s and Eastbourne, it looks unlikely to make a hard stance against Wimbledon solely.

There has been uproar among players on the ATP Tour over the decision to halt all players from Russia and Belarus from competing at the third Grand Slam of the year in response to the ongoing invasion of Ukraine.

The ATP player council had previously called on the governing body to strip ranking points from all grasscourt events in England, which carried out the ban in keeping with Government guidelines.

The other alternative had been to get players from Belarus and Russia to sign a declaration against Vladimir Putin and the war but the All England Club felt that endangered the players in question and their families.

The WTA has yet to decide to state its position over ranking points but is expected to work in tandem with the ATP.